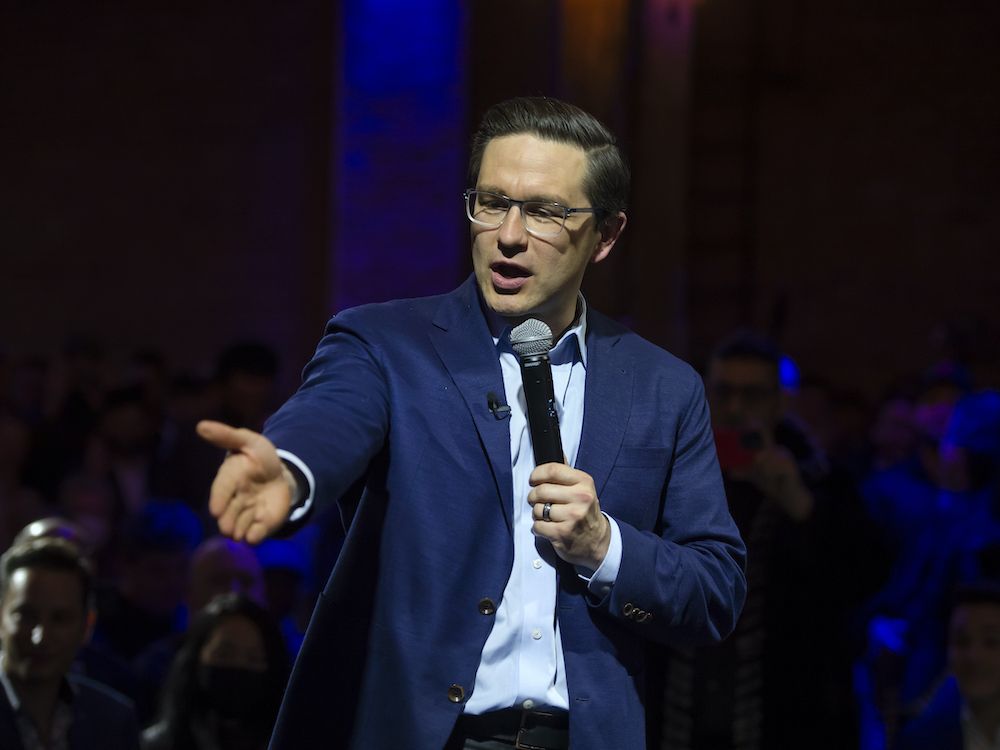 “Quebec is probably the cleanest place in the world to liquefy natural gas,” Poilievre said at a news conference in Gatineau, Que., on Tuesday.

If elected Conservative leader and then prime minister, the MP specifically promised that he would reverse the federal government’s disapproval of a liquefied natural gas (LNG) facility in the Saguenay region, which the federal Liberals rejected in February.

GNL Québec’s Énergie Saguenay project promised to build a 780-kilometre gas pipeline between northern Ontario and the region north of Québec, then build a processing plant to liquefy it before loading it onto ships at the port of the city. The project was estimated at $14 billion.

But Ottawa’s disapproval of the project came months after the Quebec government first rejected the project seven months earlier, saying it had “more downsides than upsides”.

Finally, the Bureau d’audiences publiques sur l’environnement (BAPE) concluded in a 500-page report that the economic benefits of the project did not outweigh its potential negative environmental and social impacts.

Although the project is already technically dead – unless the company presents a new plan which would have to be reviewed by the BAPE – the Federal Impact Assessment Agency of Canada (IAAC) has published its study on the project months later, in which she also canceled the project.

The IAAC’s February report found that the pipeline and processing plant were likely to cause “significant adverse environmental effects” on marine mammals as well as local First Nations communities due to increased emissions of polluting greenhouse gases.

“The Énergie Saguenay project has been the subject of a rigorous examination which clearly demonstrates that the negative effects that the project would have on the environment are in no way justifiable”, declared the Minister of Environment and Climate Change at the time. Steven Guilbeault, in a press release.

Poilievre said if elected premier, he would reverse the federal government’s decision on the project and then push the Quebec government to do the same.

But that raises the question of how he will succeed in convincing Quebeckers to accept the Énergie Saguenay project in order to reduce the production of more polluting natural gas in countries like Russia.

“If our policies are simply increasing pollution in the global atmosphere, but from other countries, then we are actually cutting our noses to spite ourselves.”

His latest pledge is part of a broader Poilievre leadership campaign promise made a month ago to ban all overseas oil imports within five years of his election as prime minister, while also removing government red tape that he says hinders the construction of a west-east pipeline.

Poilievre also pledged on Tuesday to review all energy projects blocked by the Trudeau government and approve those he then deems safe for the environment.

He promised to continue consultations with First Nations during this process.

Poilievre also lambasted the Trudeau government’s record since coming to power in 2015 when it comes to liquefied natural gas projects.

“When Trudeau took office, there were 18 proposals to liquefy natural gas in Canada. Not one of them happened. Only one is under construction and it is still far from complete,” he said.

“That means dirty foreign dictators have a bigger share of the market and more Asian coal plants are burning and polluting the atmosphere because they can’t be replaced by Canadian natural gas,” he said. added.

Sign up to receive the best daily stories from the National Post, a division of Postmedia Network Inc.

The next issue of NP Posted will soon be in your inbox.