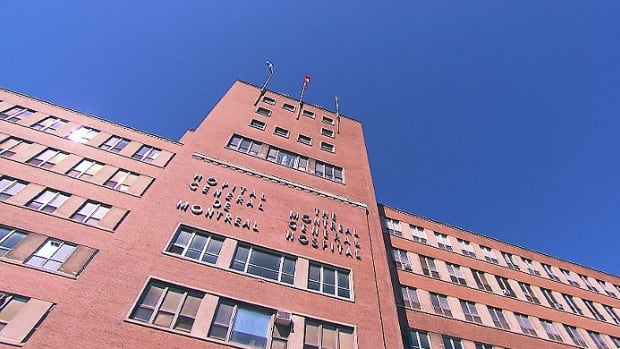 Last fall, nurse Jazzmin Bak was on her way home from dropping her three children off at school and daycare when she first heard that her union’s new collective agreement with the province the would require doubling the number of hours worked.

“I was devastated, I was almost in tears,” Bak told CBC in an interview last week.

Bak worked in intensive care at the Montreal General Hospital for 12 years. When her third child was born two years ago, Bak cut her hours to two days a week so she could spend more time at home.

“But it’s all about balance, and I love what I do because I can choose my working hours,” she said.

Jazzmin Bak, an intensive care nurse in Montreal with three children, says working full time will lead to burnout and could even leave the public system altogether. 1:53

Bak no longer has that choice.

The collective agreement negotiated between his union, the Quebec Interprofessional Health Federation (FIQ) and the province last fall will soon force her to double the number of shifts she works per week.

Health organizations across the province have been phasing in the change for part-time nurses since the fall.

Bak’s workload is expected to double from next month.

She and other part-time nurses CBC spoke to said the measure prompts them to consider leaving the public system or stopping nursing altogether.

“They’re taking me away from my family. And it’s not my choice. It’s wrong. It’s just completely wrong,” Bak said.

The aim was to lighten the workload

The agreement signed last fall was hailed by Health Minister Christian Dubé as a “breath of fresh air” for nurses that would help modernize the system and attract more people to the profession.

Under the previous agreement, permanent part-time nurses had to work a minimum of eight shifts over a 28-day period, or two shifts per week. The new collective agreement increases this number to 14 shifts over a period of 28 days, almost doubling the workload.

The measure is mandatory for all permanent part-time nurses in the public network, with a few exceptions.

Nurses over 55 and nurses who teach or study are exempt, as are nurses who work in more than one facility.

None of these exceptions apply to Bak or two other part-time nurses CBC spoke to.

Liliane Côté, spokesperson for the FIQ, told CBC in an email that most nurses welcome the change.

“The goal was to stabilize work teams and offer full-time positions on a voluntary basis,” Coté said.

Neither Côté nor the Ministry of Health has been able to say precisely how many nurses in the province are affected.

Measurement ‘slipped under the table’

Bak and the other nurses CBC spoke to said they understand why the measure was introduced, but believe they should have been able to opt out.

Bak said the deal was rushed through during a flurry of contract talks last summer.

“A lot of nurses didn’t even know there was a vote on this,” Bak said.

CBC interviewed two other part-time nurses, one who works at the Jewish General Hospital in Montreal and one who works at a CISSS facility (Integrated Health and Social Services Center) in Chaudière-Appalaches.

CBC has agreed not to use their names because they fear retaliation for speaking out.

The Jewish General Hospital nurse in Montreal said she first learned of the forced increase in workload in a letter she received from the local health agency last month.

“They kind of slipped it under the table and we all found out at the last minute,” she said.

The Chaudière-Appalaches nurse was aware of the change last fall, but we did not immediately know what it was.

“This clause was very poorly explained by the union. It’s almost as if they wanted to hide it,” she said.

Like Bak, the Chaudière-Appalaches nurse chooses to work two days a week in order to have more time to take care of her young children.

“I put the care of my children before going to work in the hospital,” she said.

Bak said going from two days a week to four would affect his entire family. Her husband runs his own business and her children are seven, five and three years old.

“I feel like I’d probably be exhausted,” she said.

The Jewish General nurse started working part-time two days a week 10 years ago when she was diagnosed with an autoimmune disease.

“I love the team I work with. I love my patients and I felt like I was still able to be a good nurse and give back to the system,” she said.

“Now I’m afraid I’ll get sick doing this and it will cause me to leave health care,” she said.

“We are aware that for a small number of our members, this can have certain negative impacts,” Côté of the FIQ told CBC.

“Collective bargaining is not a perfect exercise,” she said.

“We must find the balance between the needs and the objectives to be achieved in order to globally improve the working conditions of all our members,” said Côté.

Bak and the other two nurses note that only 54% of the members voted in favor of the new collective agreement.

“They just look at the big picture and say ‘we’re short on nurses, let’s get them working more’,” she said.

The Jewish General Hospital nurse said she thinks the FIQ has done “a terrible job” to represent her interests.

“I worked throughout COVID. I took no time off. I was trying to protect the safety and health of the community,” she said.

“And when it comes to mine now, they’re ready to let me go,” she said.

The provincial Department of Health responded to CBC in a statement.

“The ministry is convinced that this measure will not have a deterrent effect on healthcare personnel,” the statement said.

“The will of the negotiating parties was to ensure better stability of the work teams”, he specifies.

All three nurses CBC spoke to said the measure prompted them to quit.

“I don’t really have a plan B. I guess it would be to look at the private sector,” Bak said.

“I’m already planning my next career, because I’m not going to stay in a network where the working conditions are bad,” said the Chaudière-Appalache nurse.

“It’s quite stressful. I’m losing sleep,” said the nurse from the Jewish General. “Maybe I’ll try it at the risk of my own health.”

Inside the fight to save New Brunswick’s maple syrup