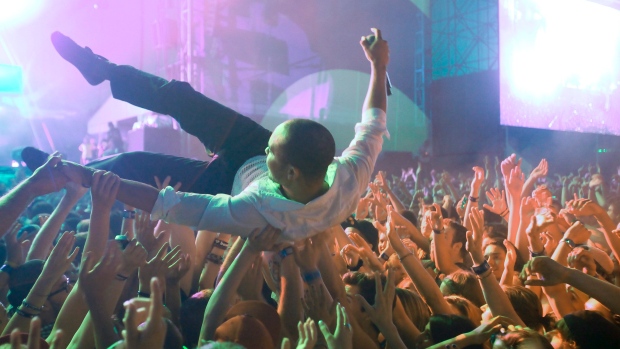 MONTREAL – More festival-goers will be able to gather outside Quebec this summer, the province’s health ministry announced Thursday.

Outdoor festivals will be able to accommodate 5,000 people from Friday; the previous limit was set at 3,500 people.

The ministry justified the change due to “favorable developments” linked to the COVID-19 pandemic; public health officials have accepted the new limitation.

However, people who do not live at the same address are requested to keep a distance of 1.5 meters between them.

The announcement comes as the Quebec City Summer Festival kicks off. Outdoor activities are planned for the first week, while shows at the armory will begin on July 8.

In Montreal, promoter evenko has already announced that it will postpone the 2021 editions of its major festivals, including Osheaga, Ã®leSoniq and Lasso MontrÃ©al.

Other events, such as the Francos de MontrÃ©al in September, are still planned.

The announcement comes just a day after public health rejected the Montreal Canadiens‘ request to allow 10,500 people in their stands for the Stanley Cup final.

The capacity of the Bell Center is currently capped at 3,500 people. The officials note that despite their refusal to increase this number, they are open to outdoor screenings as the Habs return to Montreal to play games 3 and 4 of the final.

A free viewing evening was organized at the Quartier des spectacles in downtown Montreal for Friday’s game.

– with files from The Canadian Press.

On moving day, the housing shortage in Quebec is no longer just a big city problem