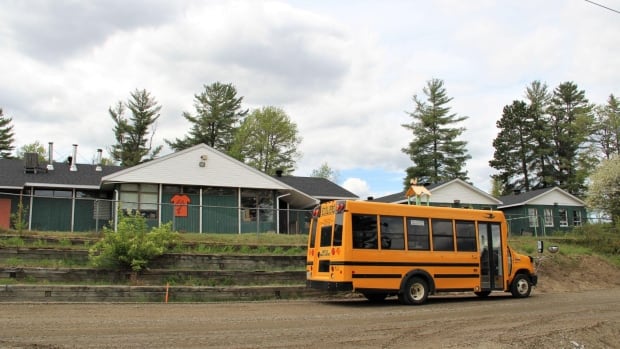 The federal government says no mold has been detected at Kitiganik Elementary School in the Algonquin community of Barriere Lake.

The school is closed due to mold concerns, but Indigenous Services Canada says, based on reports from the Grand Council of the Waban-Aki Nation, the First Nations Education Council and the Departmental Representative of the ISC, that “the building can be used safely. “

The ISC statement also says “no traces of mold were detected inside the school.”

But the school principal is not so sure and the school, which has 70 to 75 students, will remain closed until further notice.

Judy Deschênes says she does not know if the school is safe or not and cannot reassure parents at this time. She said that although reports indicate that no mold has been detected in the school, there are still doubts in the community due to the age of the building.

ISC report confirms there is a bad smell inside the school, but says it was caused by a pipe that broke in early May and led to a water leak worn in the crawl space. As the air intake for the school’s ventilation system is near this crawl space, the strong odor permeated the entire building.

Deschênes says students are currently learning in different buildings inside and outside the community until the end of the school year.

The ISC said in a statement that the Grand Council of the Waban-Aki Nation will hire a firm to test the air quality in the school and “if the assessment reveals that the air quality is adequate, students, who have been relocated to the interim, should be able to return to school.”

The federal government says there have been inspections over the years at the Kitiganik school. However, according to the community and even the ISC’s own list of recent inspections, there has been no certified inspection of the molds.

However, in a statement, the ISC agrees that the current school in Barriere Lake is outdated and does not meet the educational needs of the community.

According to community members, the 50-year-old school has recurring problems with mold, broken pipes and leaks.

“It’s a school that’s been ‘fixed’ every year, every spring. That moldy smell comes out even though it’s covered. That’s something that worries me,” Wawatie said.

Principal Deschênes said she first noticed a damp smell in August 2021 when she started working at the school.

This year she said the smell was strong and the staff complained about it. Deschênes said the school had a history of water damage and the ground was rotting at one end of the school.

“There is definitely a lot of work to be done to make it a safe school for children,” Deschênes said.

“We have a lot of people with respiratory issues. It’s not just the kids, it’s the adults in the building. We have kids with life-threatening illnesses. We want a good place,” she said .

“It’s scary, I don’t want my kids to have permanent respiratory problems from this mold issue. We have kids going to this school who need something. And that something is a new school. , or something temporary for now,” Ratt said.

According to the band council, a new school was to be built in 2017, but there is a major obstacle: Lac Barrière does not have access to the electricity grid.

The community of about 500 people is powered by a generator which, according to the band council, is at maximum. They need another power source to build any infrastructure.

In a statement from the ISC, they said “unless the community provides clear direction on its intentions regarding the school’s power supply and site, construction cannot proceed.”

The chief said the problem with connecting to the Hydro-Quebec grid is affordability.

“We are a community that is 90% unemployed on welfare. How can we charge our members for Hydro when they can’t afford it? »

The chief said the original location of the new school was too close to the shore and prone to erosion, as Barrier Lake is built on the shore of a water reservoir for a Hydro dam. -Quebec.

The school, Wawatie said, is just one example of the deep needs of her community.

“These children deserve a new school. They need a better life than they are living now,” Wawatie said.

According to the chief, a location to build the school and a source of electrification has not yet been decided. There is still no timetable as to when a new school will be built.

LISTEN | To Breakaway’s coverage of the Kitiganik school closure:

13:45Kitiganik school closed in May due to what was believed to be mold contamination

Over the past few months, parents in the Algonquin community of Barrier Lake say they have been forced to make a difficult choice. Continue to send their children to school for an education or pull them out lest they get sick.

11:48Kitiganik school closed in May due to suspected mold contamination

A school on an Algonquin reserve in western Quebec closed last month due to a suspected mold problem. We will hear why securing a new school for the community has still not happened despite years of back and forth between the community and the federal government.