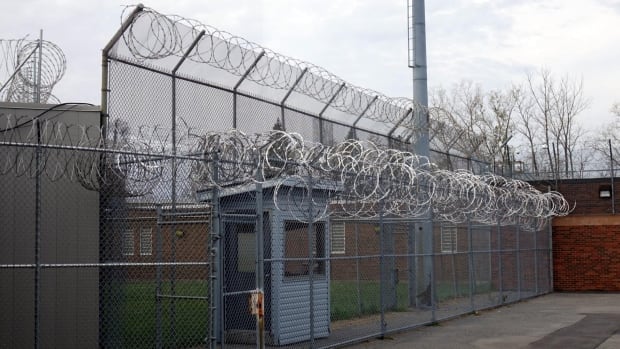 Migrants are currently being held in provincial jails across Canada even though they are not charged with a crime.

Under agreements with the Canada Border Services Agency (CBSA), many provinces detain migrants for administrative reasons, a practice that violates international law.

Alex, a fictitious name given to him by CBC for security reasons, says he was strip-searched several times during his detention at the Rivière-des-Prairies provincial prison in Montreal.

“They asked me to undress, to bend over,” he says.

The foreigner, who has not been charged with any crime, spent around six months behind bars last year.

His case is far from unique.

Some 2,000 of the approximately 8,000 migrants the CBSA detained on average each year from 2015 to 2020 were sent to provincial jails across Canada.

These migrants, including asylum seekers, are detained under the Immigration and Refugee Protection Act.

Recently, British Columbia and Nova Scotia announced that they were terminating their contracts with the CBSA.

But Ontario, Quebec, New Brunswick, Alberta and Saskatchewan are maintaining their agreement for the time being.

A hole in the floor for a bathroom

Alex, a failed asylum seeker, was sent back to his Eastern European country last year, where CBC joined him. He said he suffered from serious mental health issues while in custody.

According to a document from the Immigration and Refugee Board, Alex was held in solitary confinement “in a very, very small cell…there is no toilet in the cell, there is a hole in the ground”.

“It kind of makes you feel helpless,” Alex said. “It was a system as if to break you.”

In detention, he stopped eating for several weeks.

She said these migrants are being treated as convicted criminals, which was confirmed by the Canadian Red Cross, which regularly visits provincial jails to check the conditions of detention of migrants.

When taken to appointments outside of prison, immigration detainees are handcuffed, shackled and subjected to strip searches, including rectal searches, Ianniciello said.

“I have clients who call me crying and say ‘What am I doing here? Why am I with these people?’

The CBSA may detain migrants if it believes:

Most immigration detainees pose no danger to the public, according to the CBSA’s own data. However, 85% of migrants detained in 2019-2020 were detained because of the risk of absconding.

This was the case with Alex.

He was detained because he feared he would not show up for appointments due to his mental health issues, according to immigration board documents.

The documents also note that Alex fought with guards. But according to Ianniciello, mental health disorders and behavioral problems are often caused or worsened by detention itself.

“It is extremely shocking, it is even scandalous that we can treat human beings in this way in a country like Canada”, declared France-Isabelle Langlois, director general of the French-speaking branch of Amnesty International Canada.

Amnesty International and Human Rights Watch spearheaded the #WelcometoCanada campaign calling on provinces to end their contracts with the CBSA, under which they agree to detain migrants in their jails.

The CBSA refuses to specify what type of arrangement is in place with the provinces that are not bound by a contract.

“These are real human tragedies,” Langlois said. “If we think these people have feelings, reactions like us, we can’t act that way.”

She recalls that international law prohibits the imprisonment of migrants for administrative reasons related to immigration.

The federal government pays the provinces for the incarceration of migrants.

Ontario receives $356.69 a day to detain immigrants, according to a copy of the agreement obtained by Human Rights Watch.

The CBSA also has three of its own federal immigration holding centers in Toronto, Laval, Quebec, and Surrey, British Columbia.

The agency said it uses provincial correctional facilities as a last resort when migrants are held in an area where there is no center, or when someone exhibits behavior that cannot be managed in a center. .

The agency also detains “those with serious mental health issues,” according to 2018 internal documents CBC obtained under the Access to Information Act.

During the pandemic and border closures, the number of detained migrants fell to around 1,600, but 40% of them were sent to provincial jails as the CBSA emptied its own centers to avoid COVID outbreaks. -19.

Ianniciello said she agrees with the #WelcometoCanada campaign because the incarceration of immigrants makes them “invisible.”

“As a society, we have to help the most vulnerable people. But I think we are failing on that side,” she said.

In the short term, Ianniciello said the CBSA should use its three detention centers to hold the most serious cases, provided the agency surrounds itself with medical professionals who can handle them.

She said many people currently detained in federal centers could easily live in the community under certain conditions while their immigration cases are being processed, as has been done during the pandemic.

However, Ianniciello and human rights organizations point out that detention centers are also a problem because they operate like prisons, except that migrants are housed together and not with criminals.

Their ultimate goal is the abolition of all forms of immigration detention.