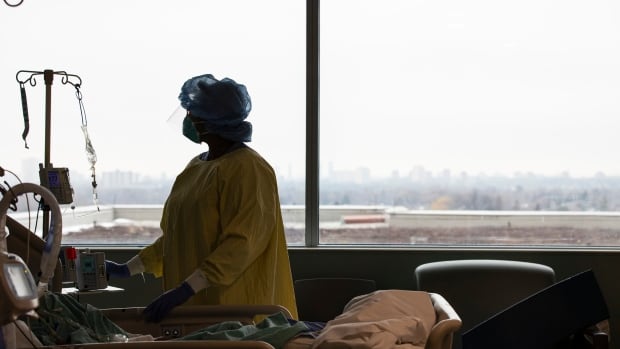 An epidemiologist says it’s “a matter of weeks” before Saskatchewan is hit with its next wave of COVID-19, as the fast-spreading Omicron BA.5 subvariant already dominates other jurisdictions.

“This next wave of COVID-19 cases is coming sooner than expected,” said Nazeem Muhajarine, professor of community health and epidemiology at the University of Saskatchewan.

Saskatchewan has seen previous waves of COVID weeks after other provinces.

The BA.5 subvariant is also the dominant variant in the US, accounting for 53.6% of variants as of July 2, according to the US Centers for Disease Control and Prevention.

“Inevitable” BA.5 will be the dominant strain

BA.5 has so far only accounted for a small percentage of variants in Saskatchewan, according to the most recent data shared by the province. But the data is several weeks old.

The latest report shared by the government, covering the week of June 19-25, showed that the BA.2 sub-variant accounted for 95.2% of variants, while BA.5 accounted for 3.6% – an increase of 2 .5% compared to the previous week. — and BA.4 represented zero percent.

The province has stopped sharing weekly COVID information and will now do so monthly.

Muhajarine said that when the next report is released on July 21, BA.5 is likely to be the dominant variant.

“It’s pretty much inevitable at this point that it will become the dominant strain over the summer,” Neudorf said Thursday.

“How fast this increase during the summer is unclear at this point. It really depends on how people behave.”

Neudorf pointed out that the COVID situation in Saskatchewan differs from other jurisdictions like Ontario.

“But in all likelihood what we’ll see is a slow reduction in that decline that we’ve seen and we’ll start to see more of a plateau again, followed by a slight increase in cases.”

“Any recommendations for further action will be made based on the best information available,” the ministry wrote in a statement Thursday.

Evidence shows that the BA.4 and BA.5 subvariants are more effective at evading people’s immunity, whether from vaccination or previous infections, but vaccination is still the best way to avoid fall seriously ill.

Based on federal data collected in April and May of this year, when Omicron activity was very high in Canada, those who received a booster shot were five times less likely to be hospitalized and seven times less likely to die from the virus than people who didn’t. vaccinated, Dr. Theresa Tam, Canada’s chief public health officer, said last Thursday.

Canada lags behind other developed countries in booster dose coverage. Health Minister Jean-Yves Duclos said last Thursday that only 60% of adults who received their first two doses returned for a third. Rates are significantly higher in other countries, including Japan and the UK

In Saskatchewan, the rate is well below the national average. As of June 25, 52.8% of adults who received their first two doses had received at least one booster. The booster vaccination rate has been hovering around the 50% mark since February.

Currently, only Saskatchewan residents age 50 and older are eligible for a fourth dose.

On Tuesday, Premier Scott Moe told reporters he did not know when eligibility would be expanded.

Neudorf and Muhajarine recommend people get vaccinated or boosted if they haven’t already, wear a mask in crowded indoor spaces, and stay home when sick.

Quebec is in the 7th wave, but no COVID-19 restrictions are planned: public health