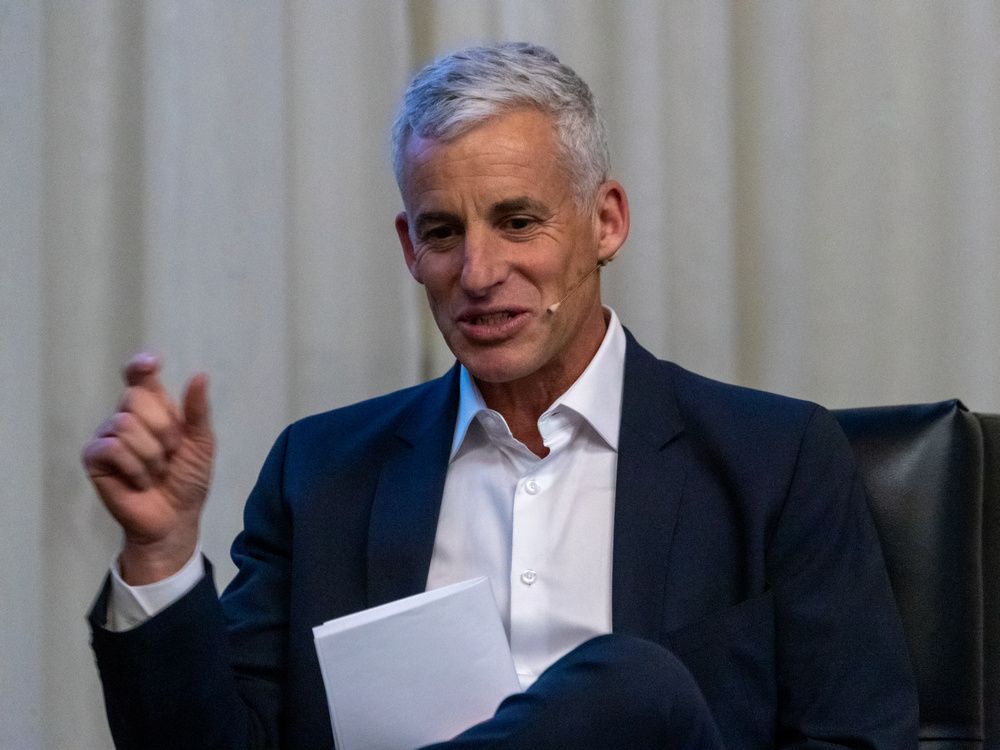 The office vacancy rate in downtown Montreal could climb to almost 30% over the next five years as more and more employers reduce their real estate footprint due to telework‘s growing popularity, according to a new forecast.

Vacancy rates for class A and B buildings – the two most prestigious categories of office real estate – could climb to at least 21% and as high as 29% by 2027, city officials said on Tuesday. industrial consultant Altus Group. The upper forecast assumes that 40% of office space currently occupied by employers will not be retained when leases expire, Altus said. In this case, some 14.7 million square feet of space would be freed up, approximately nine times the office capacity of a landmark building like 1 Place Ville Marie.

Like many other city centers, downtown Montreal has lost a large part of its worker base since March 2020 as telework – initially imposed by the Quebec government to reduce the risk of contagion – has been widely accepted by employees. Downtown vacancy rates have risen steadily since the start of the pandemic, reaching 17.6% in the third quarter for Class A and B buildings, according to data from Altus.

“Telecommuting is here to stay,” said Sylvain Leclair, executive vice-president at Altus in Montreal, on Tuesday during a presentation organized by the Urban Development Institute. “We are seeing new leases being signed with floor area reductions of 20, 30 or 40%. We even saw a 50% reduction recently.

This drop in demand could eventually affect rents. For now at least, landlords are mostly obligated to offer additional features or services – at no additional cost – when renewing leases.

“It’s supply and demand,” Leclair said. “Building owners must increase rental packages. There will be pressure on rents over the next few years.

These conditions will inevitably lead to lower asset prices, according to Canderel chief executive Brett Miller, who says the property company recently sold three office properties. Only a year ago, Canderel, of Montreal, led a group of investors acquisition of Cominar Real Estate Investment Trust of Quebec in a multi-billion dollar deal.

“I think there’s a correction coming,” Miller said. “The value of buildings will inevitably fall. When certain players have been too aggressive on financing or their investment assumptions, we will be there to react. But we are not there yet. »

“The office remains a concern for us,” Roy said. “We are now mainly focusing on prestige buildings. It’s on a case-by-case basis. »

Compared to their counterparts in cities like Calgary, big employers in Montreal have been “excessively timid” when it comes to getting people back into the office, Miller said. And the intensification of renovation work in the Louis-Hippolyte-La Fontaine tunnel only risks making matters worse for the central business district.

“When you have businesses bringing people back four days a month, that’s unacceptable to me,” he said. “And when we hear Prime Minister Legault say that teleworking is one of the solutions to (the half-closure) of the La Fontaine tunnel, it will kill the city center. We are doing everything we can to bring the city center back to life and encourage people to come back. »

For building owners, this means making the office more attractive by adding features such as employee lounges and bicycle parking, Miller said.

“You can no longer bet on the idea that you will have a big tenant who will pay rent for 10 or 20 years,” he said. “You have to sell a service, not just square meters. Landlords and managers need to think about how to revive the space, the building, and work hand-in-hand with the tenant to ensure we can bring employees back to the office.