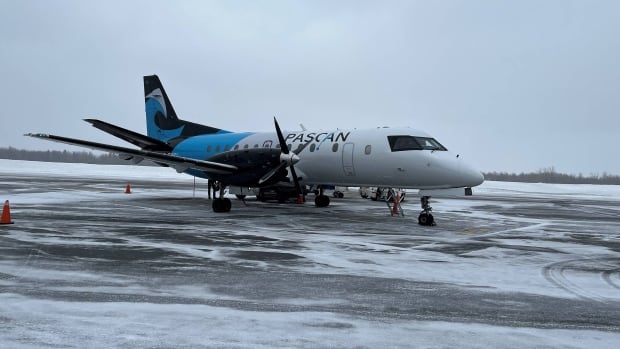 “No pilots, no planes”: Why a small regional airline is cutting the service people in Eastern Quebec rely on

A pilot shortage is forcing a small regional Quebec airline, Pascan Aviation, to cut some flights and revamp its schedule in eastern Quebec this summer.

The airline is canceling two of the six weekly flights it normally serves from Bonaventure Airport, on the Baie-des-Chaleurs side of the Gaspé Peninsula, to the Magdalen Islands at the height of the tourist season, between June and October.

It is also looking at ways to adjust other regional routes.

Pascan co-owner Yani Gagnon says the airline has lost almost a third of its 60 pilots since the start of the year.

“It’s a very serious problem. Small carriers like Pascan Aviation are targeted by the big ones, whether it’s Air Canada, Transat, WestJet, Sunwing. They draw on our pool of pilots,” Gagnon told Radio-Canada.

“No pilots, no planes” is the bottom line, he said.

To meet the high demand during the tourist season, Pascan plans to maintain or even increase the number of flights from Montreal and Quebec to popular destinations such as the Magdalen Islands, said Mr. Gagnon. But it does mean that other less busy regional routes will see fewer flights.

Gagnon says that in the summer, only 25% of passengers departing from Bonaventure airport head for the Magdalen Islands, while 75% go to Montreal or Quebec.

“We try to focus on [the routes] where there will be more volume,” he said.

For the mayor of Bonaventure, Roch Audet, the shortage of pilots is only one more facet of the larger problem of ensuring that the people of Eastern Quebec have regional air service when they need it.

“It is always Baie-des-Chaleurs that is affected by these service cuts,” he said.

However, he does not blame Pascan Aviation for the decisions it is forced to make.

“What airlines are often looking to do is get people from major urban centers to the regions, not the other way around,” he said.

Air Canada has actually started reinstating some of the regional flights it canceled during the pandemic.

In principle, this means that residents of Gaspésie, Îles-de-la-Madeleine and the North Shore of Quebec have the choice of three airlines, since PAL Airlines of Newfoundland and Labrador began to serve parts of eastern Quebec last year.

However, Audet and Joël Arseneau, the Parti Québécois MPs for the Magdalen Islands, say people in the region need a reliable, long-term solution to their transportation problems.

In January, Quebec’s Transport Ministry said it was working on a long-term plan to secure regional air travel, but five months later there are still more questions than answers.

Arseneau often raised the issue in the National Assembly and tabled a petition asking the CAQ government to help fund a Quebec cooperative that would offer cheaper flights.

“What is the solution for the future, and how are we going to expand the services we hope to have in order to increase the volume? asked Arseneau, in an interview with Radio-Canada.