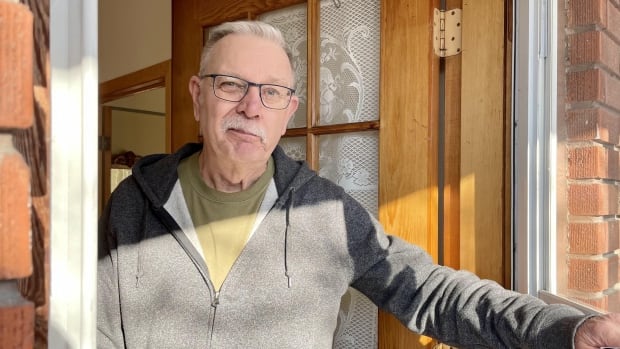 The date for a by-election for the provincial seat of Marie-Victorin has still not been set, but for the major parties and their candidates, the race for what has long been a stronghold of the Parti Québécois is in full swing.

That’s why Quebec Solidaire’s Shophika Vaithyanathasarma braves a biting wind, walking down St-Georges Street in Longueuil, on the South Shore of Montreal, clipboards and flyers in hand.

The 22-year-old math student hopes to fill the seat vacated by Catherine Fournier, the former Parti Québécois MP elected in a 2016 by-election but who left the party in 2019 to sit as an independent. Fournier left provincial politics when she becomes mayor of Longueuil last November.

The medical mask she wears continues to fog up Vaithyanathasarma’s glasses, but going door-to-door during a pandemic poses other challenges as well.

While waiting on the top-floor landing of a small multi-apartment building, a woman comes out of the unit directly below and explains that the neighbors upstairs won’t answer the door.

“They all have COVID,” she says.

But the QS candidate has another, more abstract challenge: persuading longtime PQ voters to switch allegiance to another sovereignist option, one that opposes Quebec’s controversial secularism law, Bill 21, adopted by the Coalition Avenir Québec government of François Legault in June 2019.

It’s unclear how much space identity issues like secularism will take up in the fight for Marie-Victorin, but pundits will look to the performance of the major parties in this staunchly nationalist, francophone constituency to see who has the wind. riding high ahead of the fall general election.

Le Devoir columnist Michel David says that while historically, by-elections weren’t considered so important, that changed in 2017 after the CAQ’s Geneviève Guilbault won a surprise victory in a by-election in the riding of Louis-Hebert in Quebec.

It was a precursor to the Nationalist Party’s landslide election victory a year later.

“Now people tend to see by-elections, especially when they’re so close to a general election, as a huge poll that could be the outcome of the next election,” says David.

Although her pamphlets focus on tackling the housing crisis, Vaithyanathasarma says the issues that drew her to QS are the environment and the sovereignty of Quebec, which she calls “a very important idea for which we must keep fighting”.

If QS is to have a chance in the riding, he will have to persuade left-leaning voters like Claude Pinard, who has voted for the PQ in the past, that a new party is the best way to keep this fight alive.

“It’s not easy to overthrow the Parti Québécois at Marie-Victorin,” says Pinard, admitting that he is “less sovereignist” than he was.

“I think the Parti Québécois has had its day,” he said after signing Vaithyanathasarma’s nomination papers.

But while the party founded by René Lévesque has been in the doldrums since the resounding defeat of the government of Pauline Marois in 2014, it is not difficult to find diehard supporters of Marie-Victorin.

On the food court side of Place Longueuil, a large shopping center in the west of the riding, the Tuesday lunchtime crowd is dominated by seniors like Roger Lord, who sips a coffee while reading the Journal de Montreal.

‘I always was pequisthe said, “and I will continue to be PQ.“

It doesn’t hurt that the party has attracted a strong local candidate in former NDP MP Pierre Nantel, who lost his federal seat in 2019 after joining the Greens.

“I have lived in Marie-Victorin for 24 years, so I know very well the importance of the Parti Québécois there,” Nantel said.

“There is no question that we will lose the riding of Marie-Victorin this year.

Nantel says it’s going to be “a big fight” between his party and the CAQ, which practically ate the PQ’s lunch in suburban Montreal during the last election, virtually wiping the proud party off the electoral map.

He urges voters in Longueuil to return to their social-democratic roots and to hold the PQ line in Marie-Victorin.

“Most of the public policies that Quebecers are satisfied with, that they are proud of, were made by the Parti Québécois,” Nantel said.

If community ties and social issues end up playing an important role in the by-election, the CAQ has recruited a candidate who is in a good position to restore her image.

“I grew up here in Marie-Victorin,” says Shirley Dorismond, a nurse who has worked on the front line in home care, walk-in clinics and street nursing for people in precarious housing or with mental health issues.

Dorismond says she was drawn to the ruling CAQ because of its desire to make “big changes” to the health care system, including improvements to home care services.

Dorismond is, in many ways, an unconventional choice for the center-right CAQ.

As reported in The duty, As vice-president of the FIQ, the largest union of nurses in Quebec, Ms. Dorismond criticized the management of the pandemic by the Legault government, in particular for what she called the “massive death toll in the CHSLD”.

In another stance at odds with his new party, a July 2020 FIQ Twitter post with the hashtag #strikeforblacklives quotes Dorismond saying, “While there is systemic racism, there is no social justice.

The Prime Minister has repeatedly denied the existence of systemic racism in Quebec.

Dorismond says the CAQ approached her to come forward with full knowledge of what she has said in the past, but sidesteps the question of whether she still believes systemic racism exists in the province.

“We’re past that,” she said. “The most important thing is to fight racism through action.”

As for his past comments on the health care system, Dorismond says that for the first time in 20 years, a government is listening to health care workers.

If the conventional wisdom is that this will be a two-way race between the CAQ and the PQ, a wildcard has been thrown into the mix.

Actress Anne Casabonne, well known for her roles on Quebec television, carries the message of the Conservative Party of Quebec, which has found new life under Chef Eric Duhaimeuntil recently, a radio shocker and former adviser to Mario Dumont of Democratic Action and Stockwell Day of the federal Reform Party.

Casabonne says she was recruited by Duhaime to run in Marie-Victorin after noticing she had become a party member.

The Conservatives, who have yet to elect a member of the National Assembly, hope to overturn conventional wisdom by converting pandemic fatigue into votes.

Casabonne’s campaign pamphlet draws heavily on criticism of the public health emergency, calling the vaccine passport ‘discriminatory’ and saying now is the time to ‘put democracy into action and learn to live with it’. the virus”.

Casabonne, who has made anti-vaccine statements in the past, describes herself as “the most vaccinated person in the world”, but won’t say if that means she was vaccinated against COVID-19.

She says her party aims to fundamentally restructure the province’s health care system, relying much more on private medicine to provide services if public facilities cannot.

Casabonne says recent convoy protests in Ottawa and Quebec are evidence of a breakdown in trust between society and governments.

“We understand them very well and we want to represent their voice in the National Assembly,” she said.

Michel David doesn’t think the Conservatives have a chance of winning the seat, but says their growing popularity could play havoc by luring just enough voters away from the CAQ to give the PQ the riding.

“How they can hurt the CAQ could be a clue in the next general election,” David said.

Added to the vote-sharing scenarios is the candidacy of former PQ minister and former leader of the Bloc Québécois Martine Ouellet, who founded a new party called Climat Québec.

As for the Liberals, they last won Marie-Victorin’s seat in another by-election held in 1984, but the PQ retook the riding a year later and have held it ever since.

This time around, few are giving the Federalist party much of a chance to win, but their performance in the predominantly French-speaking riding will be watched closely as the Liberals struggled in the polls with French-speaking voters.

The Liberals enlisted Émilie Nollet, entrepreneur and university researcher in the field of social inclusion.

She accuses the Legault government of using a divisive approach to court the French-speaking electorate.

“We are in favor of promoting francophone culture, the French culture that is so dear to us and so strong in our history,” Nollet said. “It must be preserved, but out of love, not out of repression [of] the other people.”

Will voters show up?

Back on St-Georges Street, Vaithyanathasarma knocks on the entrance to a basement suite.

The young woman who answers, Anne Doyon, says that she is not even sure if she will vote this time.

She is fed up with politicians of all persuasions.

Michel David says that, as with most by-elections, he doesn’t expect voters to rush to the polls, but with a general election on the horizon, Marie-Victorin’s will become “an event”.

“Perhaps more for the commentators than for the voters,” he concludes.