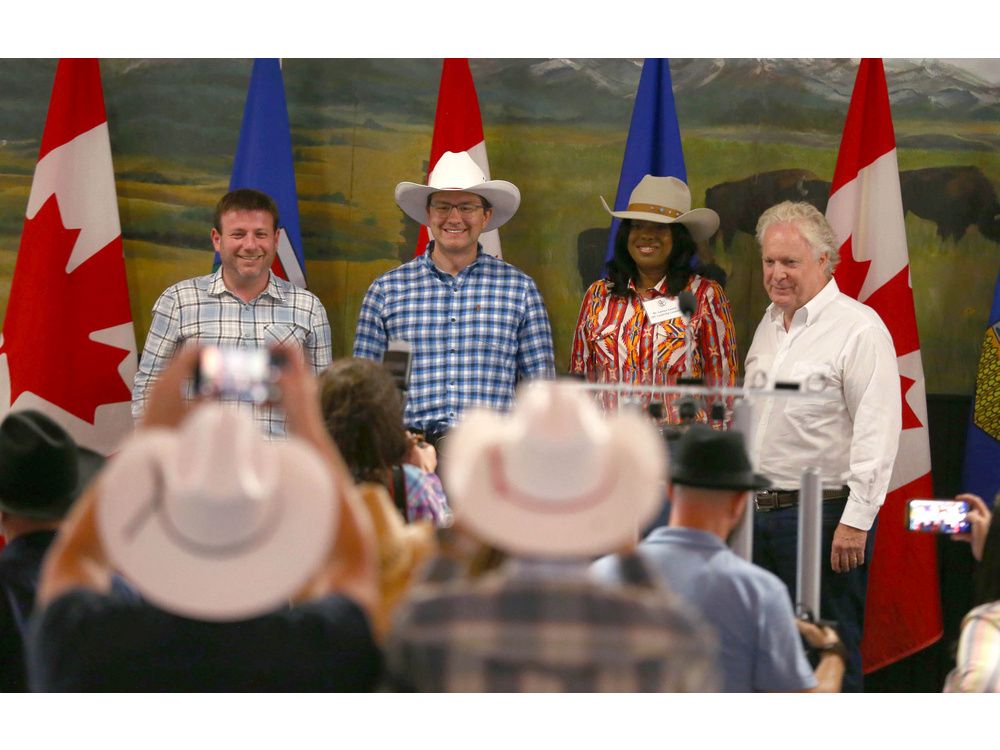 According to Calgary Herald columnist Don Braid’s account of last weekend’s Federal Conservative Stampede BBQ, divisions within the Conservative Party of Canada were “exposed.” Maybe Don should have listened a little more carefully. And certainly, the moron who booed Jean Charest should have. Because if you listened carefully, you saw a window of opportunity – not just for the CCP, but for all of Canada – to defeat the Liberals’ “one size fits all” approach to governing Canada and rediscover the old and truer sense of Canadian diversity: federalism.

Charest, the former premier of Quebec, publicly endorsed all key elements of Alberta’s Fair Deal report: replacing the RCMP with a provincial police force; collecting our own taxes; controlling our own immigration; and most importantly, withdraw from the Canada pension plan and create our own Alberta pension plan. Quebec already offers all of these programs, and there’s no reason Alberta shouldn’t too. As Charest said, an Alberta pension “would be an extraordinarily powerful economic tool” for the province.

To address our concerns about Ottawa’s net $20 billion drain from Alberta a year, Charest promised to meet with Alberta’s next premier within the first month of his election, to work out a new ” Alberta Accord” and submit it to a first ministers meeting within the first six months. All of this is doable.

Quebec Premier François Legault has publicly stated that he wants to get Quebec out of equalization transfers. Ontario and British Columbia can and should be allies on this issue. Per family, they lose almost as much per year as Alberta: $2,400 per year versus $2,700 per year. On a gross basis, Ontario is the biggest loser with $15-20 billion a year in recent years.

Rather than eternal adversaries, Charest sees that Alberta and Quebec can be partners. Both are weary and ready to challenge the “one size fits all” policies that have come out of Ottawa — and divided Canadians — over the past five decades. It has happened in the past and with the right leadership it can happen again.

During constitutional negotiations from 1980 to 1982, Alberta Premier Peter Lougheed worked with Quebec Premier René Lévesque to protect provincial rights against political intrusions from Ottawa. Together they were successful in securing Section 92A to better protect provincial control of natural resource development against any future national energy programs. Both prime ministers backed the power notwithstanding section 33, which allows provinces to override Supreme Court vetoes on provincial laws. A few years later, in 1988, both Alberta and Quebec were strong supporters of the Mulroney government’s NAFTA with the United States.

In 2010, when I was Minister of Finance for Alberta, I traveled to Montreal to meet with the Minister of Finance of Quebec, Raymond Bachand. My mission was to persuade him to join Alberta’s challenge to the proposed new national securities regulator. After consulting his premier, Jean Charest, Bachand agreed. And together, Alberta and Quebec persuaded the Supreme Court to strike down the new federal law as an unconstitutional intrusion into provincial political space.

A decade later, when the Kenney government challenged the constitutional validity of the Trudeau carbon tax, Quebec intervened in the Supreme Court to support Alberta’s claim. While Quebec supported the idea of ​​a carbon tax, it agreed with Alberta that this is a decision that can only be made at the provincial level.

And this year alone, Quebec and the other eight provinces have joined Alberta’s constitutional challenge to C-69, Trudeau’s “no new pipelines” law. Alberta and Quebec are not the only provinces that are fed up with the Liberals trampling on the right of Canadians to be governed by politicians who come from their own towns and neighborhoods, rather than bureaucrats and distant judges and irresponsible in Ottawa.

More and more Canadians are realizing that the Liberal “one size fits all” does not and will not work. Canada is simply too large geographically and too dispersed demographically. Federalism is itself a form of protection of minority rights. Each province is a minority. Yes, Quebec is a distinct society. But the same goes for all the other provinces in their own way.

This is why the founders chose a federal form of government rather than a unitary state. It probably worked well until the arrival of Pierre Trudeau. Since then, the Liberals have believed that the national unity challenge can be solved by more and more federal intrusions into policy areas that clearly belong to the provinces — health, education, the environment and now even child care. . After 60 years, it is clear that this is not working for anyone except the Liberal Party of Canada which, dividing Canadians, has governed Canada for 40 of the last 59 years.

As Braid correctly reported in a previous column, Charest is the first federal Conservative leadership candidate to make such specific promises to Albertans. But none of the others disagree. For Pierre Poilievre, an Albertan of origin, it goes without saying that he is in the game. As for Leslyn Lewis and Roman Baber, they can’t afford to disagree, given Alberta’s prominence in the CPC leadership election.

The stars align. A window of opportunity has opened. As Peter Lougheed said, for Alberta, it’s NOW.

Ted Morton is an executive member of the School of Public Policy and professor emeritus at the University of Calgary. He also served as Minister of Finance and Minister of Energy for Alberta.

Sign up to receive daily news from the Calgary Herald, a division of Postmedia Network Inc.

The next issue of Calgary Herald Headline News will soon be in your inbox.