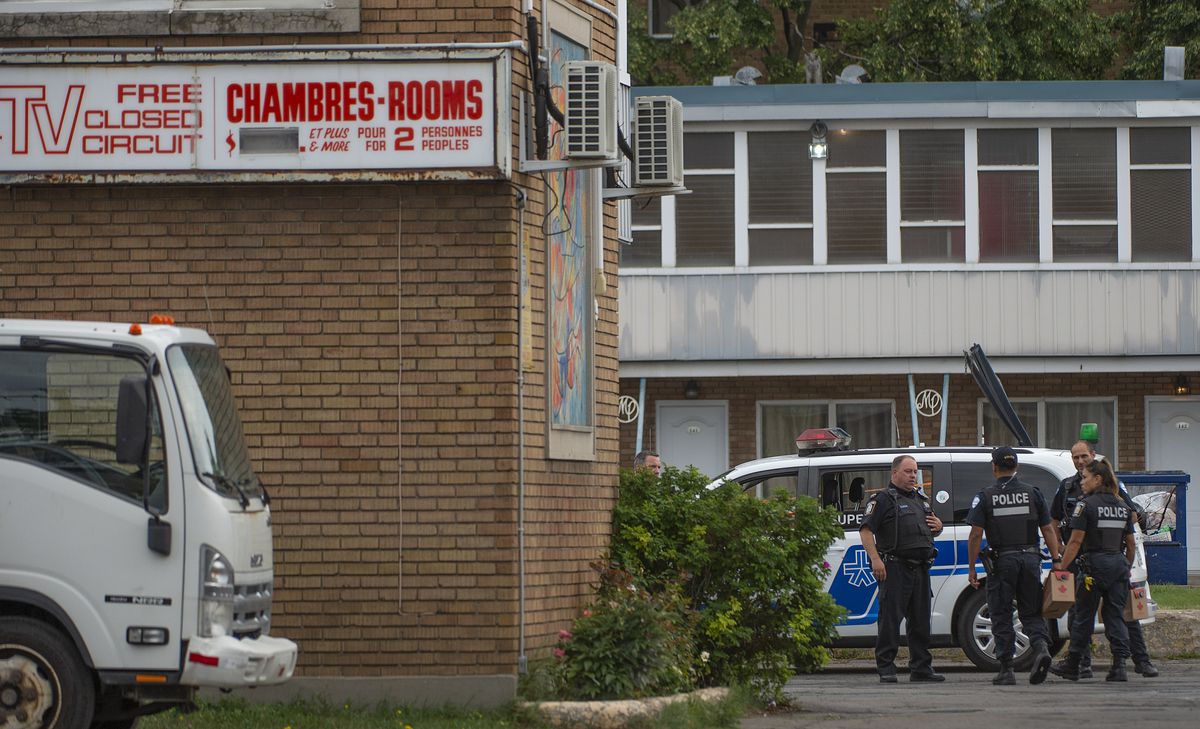 Two days of fear and bloodshed in Montreal ended with a police shootout early Thursday morning, after officers burst into a suburban motel room and killed the man suspected of having randomly shot three people.

Abdulla Shaikh, 26, whom police believe responsible for the shooting deaths in Montreal and Laval on Tuesday and Wednesday, was pronounced dead at the scene after a police raid at the Motel Pierre in the borough of Saint-Laurent around 7 a.m. .

The man was holding a firearm when officers entered his room with a warrant, and he was hit by at least one projectile, according to Guy Lapointe, spokesman for the Bureau of Independent Investigations (BEI), which is investigating police-related injuries and deaths. shootings in Quebec.

Among the victims were a hospital employee, a young skateboarder and the father of a well-known boxer.

It appears that Mr. Shaikh had no connection with his alleged victims and that he chose them at random, said Sergeant Audrey-Anne Bilodeau, spokeswoman for the Sûreté du Québec (SQ), who took in charge of the three other investigations into the deaths of the Montreal police. police. He would have acted alone, without any link to organized crime and would have been the subject of police interventions linked to episodes of mental health, she added.

Provincial police declined to say what type of firearm Shaikh used or how he obtained it, citing their investigation.

At the time of the shooting, Mr Shaikh was facing outstanding charges of assault, sexual assault and stalking, dating back to 2016.

In 2015, he was charged with disturbing the peace, criminal harassment and mischief. Those charges appear to have been dropped after a postponement related to COVID-19. The overlapping charges of non-compliance were also withdrawn.

In 2018, he was charged with mischief. After a mental examination, he was found not criminally responsible.

“It is an incomprehensible and gratuitous act that was committed and it is now up to the police to investigate to try to understand,” said Andréanne Lambert, communications coordinator for the management of the Eye of the Tiger (which represents David Lemieux). , said in an email.

Just over an hour later, in a nearby neighborhood, police believe Mr Shaikh shot and killed Mohamed Salah Belhaj, 48, a crisis worker at a local psychiatric hospital.

A third man was killed in nearby Laval, apparently at random, around 9:30 p.m. Wednesday. Witnesses said the 22-year-old victim, Alexis Lévis-Crevier, was skateboarding at the time of the shooting.

Laval resident Saed Reyad was sitting outside his home with his son when he heard gunshots, but he didn’t realize how close they were until he saw sparks in the air. His wife later said she saw the shooter reach out to point his gun. Mr. Reyad also saw the man shoot in the air and then heard tires screeching.

The body lay in the street for hours, surrounded by a pool of blood. The fact that the killer was targeting random people made Mr. Reyad’s close contact with violence all the more disturbing.

At the Motel Pierre on Thursday, flanked by a strip mall and a mosque along a large boulevard in an outlying neighborhood of Montreal, police marked the site of the BEI investigation with duct tape. Mr Lapointe, the spokesman, said he did not know if Mr Shaikh had opened fire before he was shot in the raid, but said the suspect was holding a gun when officers entered in the room.

Montreal Mayor Valérie Plante praised police in a statement on Twitter Thursday, writing that “the last 48 hours have been trying for everyone.”

“Once again, our police officers demonstrate their efficiency and dedication to the safety of Montrealers,” she said.

Also on Thursday, the federal government announced $41.8 million in funding to the Quebec government to prevent gun and gang violence. In a press release, the mayor called it “a strong signal of the commitment of the two levels of government to support the efforts of our metropolis to prevent armed violence”.

“We hope that the funds allocated to Montreal will allow us to strengthen our capacity, the capacity of the SPVM [Montreal police]and the ability of community organizations to support young people by providing nurturing and safe environments that distance them from violence,” she added.

According to Ted Rutland, associate professor of geography, urban planning and environment at Concordia University, the series of shootings by an apparently mentally ill man with a long criminal record shows the failure of governments to properly support people with dementia. mental illness.

“If you look at the circumstances of that person’s life and the multiple opportunities to provide that person with support to live a better life and not harm others, it’s a failure,” he said. “We are overfunding the police and massively underfunding all the other things we need to keep each other safe.”

With a report from The Canadian Press