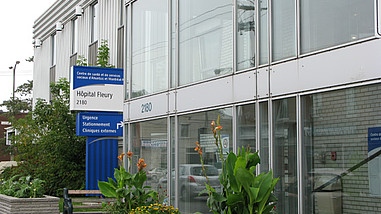 An emergency doctor at Montreal’s Fleury Hospital has had his license withdrawn after the College of Physicians found he had not told the truth about his past studies in the United States.

The judgment of October 11 says that Sirpal did not tell the truth related to his misconduct, background and references in his previous career when obtaining his license to practice as a family medicine specialist in the province.

The judgment written by college president Daniel Y. Lord and doctors Lise Cusson and Raja Tamaz states that Sirpal falsely answered a series of questions about his past academic misconduct and that he “hid problematic aspects of his time in various American universities”.

“These answers, compared to those he would later include on his college registration form, demonstrate that the respondent has a long history of lack of transparency with authorities governing the medical profession,” the document states.

Sirpal Sanjeev had his medical license revoked after it was discovered he had falsified information about his education. SOURCE: College of Physicians

The ruling says Sirpal was fired from the University of Miami after allegations of misconduct and an ethical issue.

Sirpal, the document reads, “sees this as a problem of ethnic discrimination”.

The documents show that he did not disclose this information when he was admitted to a doctoral program in biochemistry and molecular biology at Johns Hopkins University in Baltimore.

He was kicked out of Johns Hopkins.

“Although he acknowledges the existence of interprofessional friction, the respondent explains that he did not complete his doctorate at Johns Hopkins University, because he had made the decision to leave the program to concentrate on his training. medicine, which better satisfied his interest in scientific matters,” the document reads.

On a form from the College of Physicians asking if he had been found guilty of misconduct by a post-secondary institution, Sirpal answered “no”.

After Johns Hopkins, Sirpal went to Saint Lucia, received his MD in 2013 from Spartan Health School of Medicine and moved to Ontario after his father passed away and worked as a researcher at Brampton City Hospital in Ontario. He then studied at the University of Toronto in 2016.

Sirpal argued that “the limitation imposed by the form led him to conclude that he did not have to provide information about his academic background before graduating from Spartan University of Health Sciences. “.

The college concluded that “the respondent’s deceptions and half-truths ‘corrupted’ the process of his admission to practice.”

Sirpal’s attorney argues in the document that he answered questions about college enrollment “to the best of his knowledge” and that “he cannot be faulted for having misanalyzed the form.”

The Complainant, however, argues that “he systematically concealed potentially prejudicial facts from his admission upon admission to the Order, and by his responses he exhibited mental restraint”.

The judgment indicates that he “knowingly” provided the College of Physicians of Quebec “inaccurate information about his antics on various American university campuses”.

Food waste in Canada is not only shocking, it’s downright scary!