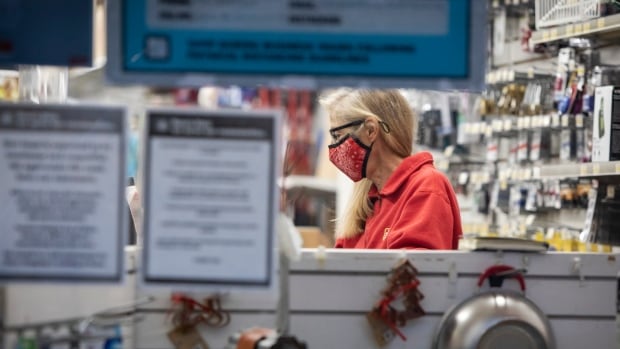 “Making monsters out of each other”: companies fear the impact of Quebec law on language

As Quebec’s controversial language law moves closer to passage, the province’s business community is growing concerned about what it could mean for its bottom line, with some companies considering exiting it altogether.

Known as Bill 96, the legislation would impose stricter language requirements on small businesses and businesses in federally regulated sectors, such as banking and telecommunications, as well as governments and schools. The bill is expected to pass before the legislature recesses for the summer.

As well as bolstering the 1977 French Language Charter – the province’s language of signature law, commonly known as Bill 101 – the legislation would apply to tens of thousands of previously exempt businesses. .

If passed, companies with 25 or more employees would be subject to “francisation” – government certification that the use of French is widespread in the workplace – compared to 50 currently. The bill also grants new powers to the French language watchdog and sets stricter language rules for professional orders.

The cost for a company of about 50 employees would be between $9.5 million and $23.5 million, according to estimates by the Canadian Federation of Independent Business. Expenses range from translation costs and legal services to administrative overhead, such as creating a workplace assessment to ensure French permeates every corner of the business.

An internal or public complaint could trigger an investigation by the Quebec office of the French language (OQLF). The oversight body may also require on its own initiative that a business with 25 to 100 workers form a francization committee, another expense for small businesses.

A clause prohibits employers from requiring proficiency in a language other than French unless they can demonstrate that the job requires it and that all reasonable avenues have been explored to avoid this requirement. Currently, requiring another language as a condition of employment is only permitted if “the nature of the duties requires such knowledge”, Bill 101 states.

Risks for the economy

The high thresholds risk driving head offices out of Quebec and hampering the province’s export economy, according to trade associations.

“Quebec companies must be able to have bilingual employees and be able to serve external buyers in English,” said Michel Leblanc, CEO of the Board of Trade of Metropolitan Montreal, in a telephone interview.

“We want companies to be able to decide when they should hire bilingual people.”

In addition to reinforcing the predominance of French on signs and posters, the legislation also obliges companies to write employment contracts and other documents in French.

“It’s not feasible. We have companies in Quebec doing business with companies around the world,” Leblanc said, adding that French needed special protections.

Amid a labor shortage in industries like fashion and foodservice, many stores are increasingly turning to students — including those from out of province or country — to staff counters and stock shelves, with the possibility of some staying and integrating after graduation. Now that door will largely close, as many of these students are not fluent in French, he said.

The language office estimates that Quebec is home to approximately 20,000 businesses with 25 to 49 workers.

Thousands more work for businesses under federal jurisdiction. Former Crown corporations like Air Canada and Canadian National Railway Company are already subject to the federal Official Languages ​​Act, which requires them to provide services in English or French upon request. But most federally regulated businesses are not covered by this 53-year-old law.

In 2013, nearly 135,000 employees in Quebec worked in 1,760 federally regulated companies not subject to provincial or national language laws, according to a study by the federal Department of Innovation, Science and Economic Development. Now everything would be.

Even though these companies claim not to be beholden to provincial legislation, a proposed federal law aims to ensure compliance.

Reintroduced in March after being tabled last June, the Liberals’ Bill 13 obliges businesses under federal jurisdiction that are not currently subject to the Charter of the French language or the federal Official Languages ​​Act either to submit to Quebec rules on French in the workplace, or to a parallel regime in the process of being introduced in Ottawa.

Disputes are another potential drain on company time and accounts.

As it stands, non-compliance incidents are worked out between the company and the watchdog, with negotiable compliance timelines. Bill 96 would change this process.

“From now on, any resident of Quebec who believes that, during an interaction with a company, his rights under the Charter of the French language have not been satisfied, he could make a claim for damages,” said said Alexandre Fallon, partner at the law firm Osler in Montreal.

“Even if an agreement is reached with the regulator, private litigation could still ensue.”

Customer service encounters, receipts, brochures, product packaging, menus, and advertising can all form the basis of a case.

Business groups ranging from the Quebec retail council to Quebec manufacturers and exporters to the Canadian Council of Innovators are calling on the government to relax its rules — particularly around francization — to offer support to businesses that undergo and to extend the deadlines for compliance.

But Giovanni Bisciglia, leader of the nascent Centrist Party of Quebec, who sought permission from the province’s chief electoral officer, wonders if Premier Francois Legault’s government is listening to the concerns of anxious business owners.

Take to the skies in Quebec | Travel