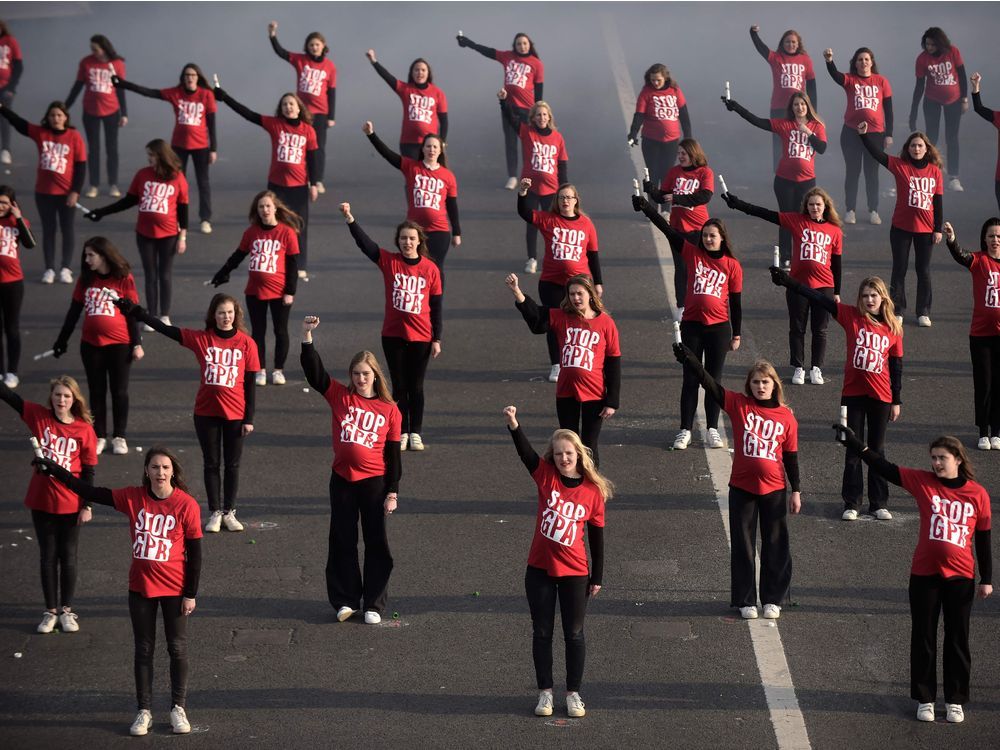 As we say in French, “on ne crache pas dans la soup” (not to spit in the soup), which means not to be ungrateful. On March 8, the soup of the day is Soup of Feminism.

As critical as I am of today’s radical feminism, I owe much to the Quebec liberal brand of “women’s liberation” I grew up with, which conveyed the message that men and women are equal, just different.

I hated the part of feminism that excluded women who wanted to do “women’s work,” like raising children full time. For me, feminism was synonymous with freedom of choice and respect for our differences.

My parents believed in equality. Their only child was going to miss nothing because she was a girl. There were Barbies and sports equipment under the Christmas tree. I received an encyclopedia before I could read.

I was also a girly girl. Not for me the terracotta ponchos and construction boots of the 70s. Like most of my friends, I wanted everything: marriage, children, career, a Victorian house in Montreal West, Louis Vuitton bags, and I was ready to pay the resulting price: burnout, divorce, addiction and stressed children. .

My mother, having grown up very poor, would have liked to see “married into a rich family” added to my list of accomplishments, but I was not a trophy wife and besides, I wanted to have my way, my way.

I have never participated in demonstrations or joined militant organizations. I read Châtelaine to keep up to date with feminist news, but above all I worked like crazy.

Decades later, when I became patron of Chatelaine, I hoped to take the magazine back to its feminist roots, but female readers wanted advice on keeping their cupboards tidy and three-ingredient gluten-free recipes.

They could read serious stuff in The Economist and women’s magazines in the bathtub. As men read Car & Driver you-know-where.

Today, classical feminism is challenged by gender/sex wars over the very existence of masculine and feminine. If gender/sex are socially constructed, if ‘people’, not women, menstruate and have babies, what happens to women’s rights? They will no longer be needed in the future.

Few people hesitate when women and girls are deprived of simple, traditional safety devices to protect them from male predators, such as separate toilets and changing rooms. Few care whether trans female athletes can compete against biological women in disciplines where physical strength is the deciding factor. Are we replacing “equal” with “indistinguishable”?

Race is also now a feminist issue. Some racialized women see traditional feminists as enemies raised on white privilege, promoters of so-called universal creeds that they do not support.

Feminism could end up collapsing under the weight of its contradictions. Witness: To safeguard unlimited abortion rights, many Canadian feminists argue against banning sex-selective abortions which, by the way, only exist to eliminate female fetuses.

If passed, the Quebec government‘s Bill 2 will provide a legal framework for surrogacy. The demand is there whether we like it or not, so lawmakers are hoping a progressive legal framework will stop people using overseas baby factories.

Many feminists fear appearing homophobic if they declare surrogacy an abomination, the exploitation of poor women, a distortion of parenthood and parentage. An affront to human dignity. Abandoning the best interests of children. An opaque practice carried out under the cover of a disinterested superior love.

Of all the feminist groups in Quebec, only Pour les droits des femmes du Québec and Women’s Declaration International – Quebec section have taken a stand against surrogacy. They were not invited to appear before the parliamentary committee on Bill 2.

On March 8, 2022, feminism is in crisis. The world is a better place today thanks to the women’s movement, but can it survive its current state of division and confusion?

I am not optimistic but I will not spit in the soup.