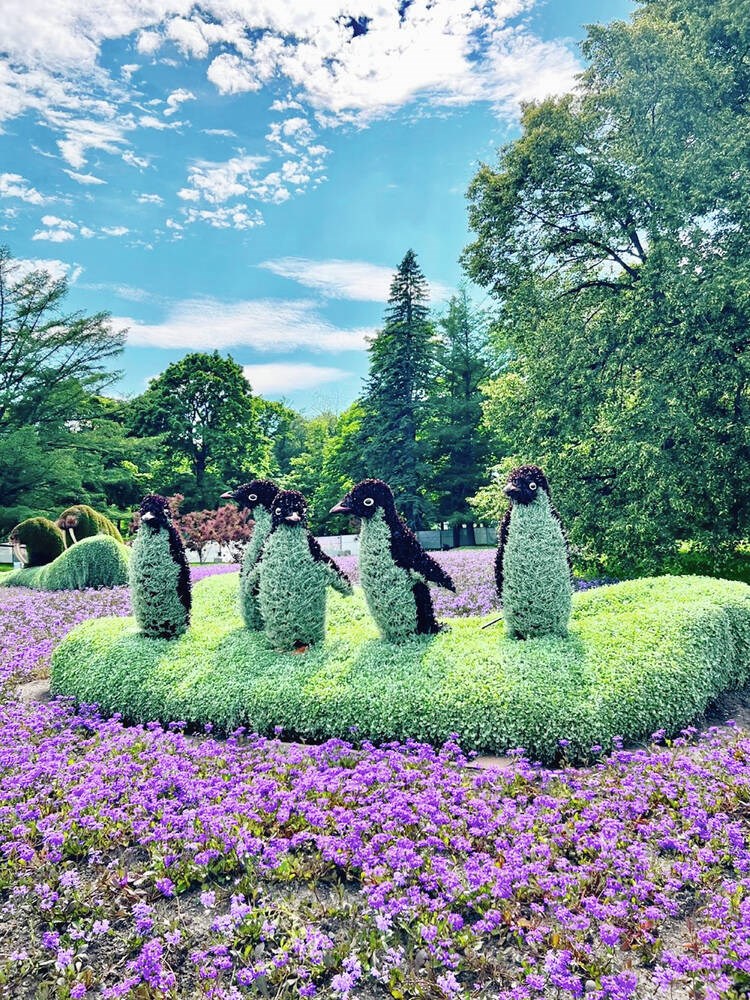 This six-day itinerary crosses the Bas-Saint-Laurent region, with a slight dip in Gaspésie before crossing the Saint-Lawrence River by ferry to the Côte-Nord region and continuing to the Saguenay-Lac region. -Saint Jean. .

Already familiar with the Pacific Marine Circle Route, between Victoria and Port Renfrew, my daughter and I were ready to travel further this summer and take another road trip around a major waterway.

Road trips, especially in times of COVID, are becoming increasingly popular. And what better place for driving enthusiasts to explore than the 3,000 kilometers of coastline of the St. Lawrence River in Quebec.

Although we only drove part of the banks of this great river, we made sure to start and end our vacation in one of Canada‘s most vibrant cities, Quebec City. Our six-day road trip would take us through quaint coastal villages from the south shore of Quebec to the less populated north shore, traversing four different maritime regions of la belle province.

First on the route was the Bas-Saint-Laurent region, with a slight dip in Gaspésie then crossing the Saint-Laurent river by ferry in the Côte-Nord region and continuing on to the Saguenay-Lac region -Saint Jean.

Along the way, we’d pass scenic sea views, watch minke whales feeding near the Gulf of St. Lawrence, explore a submarine, climb a lighthouse, cruise Quebec’s only fjord, and discover what It was like living in a 1920s pulp mill. In short, creating memories while learning about Canada’s early history and experiencing a province renowned for its culture and food.

There is always a festival or special event in Quebec and we timed our visit to see an amazing garden show (until October 10). If you like gardening, check out Mosaicultures. More than six million plants were used to create 200 amazing animal sculptures for an exhibition called Once Upon a Time at Parc Bois-de-Coulonge (the former residence of the lieutenant governors from 1870 to 1966). Gigantic elephants, giraffes and a depiction of Mother Earth are just some of the sculptures in this unique art exhibit, highlighting the importance of nature conservation.

You can’t visit Quebec City without strolling through Old Quebec, the city’s historic district begun in 1608, where a funicular ride takes you from the cobbled streets below to the historic Fairmont Le Château Frontenac above. .

In the evening, we drove just outside the city to admire a new attraction, called Onhwa’ Lumina, a light show honoring the ancestors of the Huron-Wendat Nation during a walk in the enchanted forest.

To really make this evening an evening of authentic Indigenous tourism experiences, we stayed at the First Nations-owned Hotel-Musée Premieres Nations in the nearby town of Wendake, just 15 kilometers from downtown Quebec City. . The hotel has an on-site longhouse and museum where we learned more about Huron-Wendat culture the next day, and one of the best restaurants in Quebec offering native cuisine.

Plan at least two to three days in Quebec before leaving for Quebec maritime. We also stayed at the ideally located Hotel du Capitole, a short walk from Old Quebec and the Plains of Abraham.

The drive to this area from Quebec City took about three hours to reach our first night in the university town of Rimouski.

Along the way we made a slight detour through the charming village of Kamouraska. And like so many towns in Quebec, it has a quaint church and artisan shops, some located in 19th-century heritage homes, along its main street.

In recent years, this coastal village has become a popular foodie destination, so we made sure to stop by the local bakery and chocolate factory. At La Fee Gourmande, we feasted on their homemade chocolate ice cream and bought some decadent chocolate brownies for the road.

Another stop worth heading off the road to is Parc de la Pointe in Rivière-du-Loup, where we were able to picnic and stretch our legs while watching a storm cloud roll away over the shore of the St. Lawrence River.

After reaching Rimouski, we checked into Hotel Le Navigateur, which is right across the St. Lawrence River. It is also close to many of the region’s main tourist attractions, the most notable being the maritime historic site of Pointe-au-Père, which has three main attractions: a decommissioned Canadian Navy submarine, a museum dedicated to the Empress of Ireland, which sank near the mouth. of the St. Lawrence River in 1914, killing 1,012 people, and the second tallest lighthouse in eastern Canada, which is 33 meters high.

While all three were interesting, the highlight was aboard the Onondaga, Canada’s first publicly available submarine, which cruised the North Atlantic from 1967 to 2000. Using d he audio tour made it easy to get a sense of what life was like for the 70 men who lived aboard this submarine for months at a time.

Close to Rimouski (just a 30 minute drive), we dove into this area to visit the Reford Gardens and see the International Garden Festival (until October 2).

This latest event features contemporary gardens on a site adjacent to historic gardens created by horticulturist Elsie Reford between 1926 and 1958. This English-style garden, integrated into the natural landscape, has more than 3,000 varieties of native and exotic plants. Strolling through the beautifully landscaped gardens also offers a glimpse into the lives of those who were lucky enough to be wealthy in the early 1900s.

Our first stop was Tadoussac, a picture-perfect village at the confluence of the Saguenay and St. Lawrence Rivers, famous as a whale watching destination. We started our day with breakfast at the iconic Hotel Tadoussac, which has overlooked the bay for over 150 years. As I took photos of the expansive lawn, my daughter enjoyed contributing to the lobby puzzle – a very nostalgic summertime activity to match the tranquil setting.

After breakfast, we took a three-hour cruise from Sainte-Rose-du-Nord, another charming coastal town and a gateway to the Saguenay Fjords National Park. The cliffs of the only fjord in Quebec reach a height of 350 meters but an average of 150 meters.

The highlight was walking past the Notre-Dame-du-Saguenay statue built high on a cliff by vendor Charles Robitaille in 1878. He is said to have created a statue in honor of the Virgin Mary after having survived a fall through the ice of the Saguenay River. By the way, the captain played Ave Mariawhich is apparently a naval tradition for all ships floating near the statue in the hope of safe passage.

Our only camping experience was at Parc Aventures Cap Jaseux, where we spent the evening in a dome tent with mesh walls to see the stars and kept warm by a fire pit next to the bed. The next day we checked out our neighbor’s abode – spheres hanging from the trees hanging over the cliff. Not for the faint of heart. My daughter was all for spending the night there. Me, not so much.

I prefer more of a spa experience, so we stopped at Chalets and Spa Lac Saint-Jean where we indulged in a Nordic spa, jumping from cold to hot pools for part of the afternoon. Although you can rent chalets at the spa, we chose to drive five minutes down the road to the historic village of Val-Jalbert, for what would be the highlight of the trip.

Here we were able to experience life as it was in the 1920s in a company town near the magnificent Ouiatchouan Falls, which is higher than Niagara Falls. It was a privilege to be able to spend the night in the heart of the village, in one of the 24 suites of the restored period houses on the main street.

An old-fashioned streetcar took us past the 80 buildings still on site (half of them were saved) and to the pulp mill at the base of the falls, which also houses the extraordinary Restaurant du Moulin, which offers regional cuisine (breakfast is included for those staying the night).

Kim Pemberton is a freelance writer from Victoria. She was invited by Tourisme Québec.

REVIEW: Char is the only leader capable of winning in Quebec, GTA