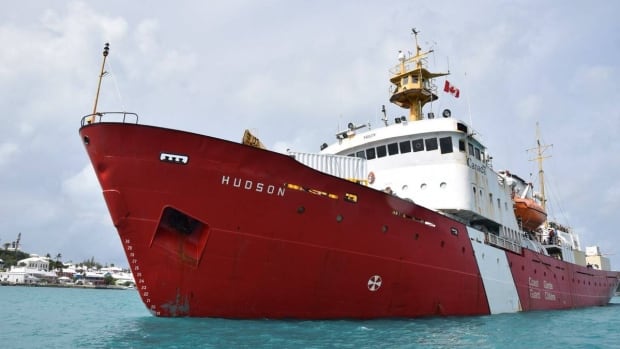 Icebreaker talks between Ottawa and Quebec shipyard shrouded in fog

Questions are swirling about another delay in Ottawa’s nearly $100 billion plan to rebuild Canada’s navy and coast guard fleets – but this time the delay isn’t due to the deadlock building a ship.

The federal government announced in December 2019 that the Quebec shipyard Chantier Davie was the only company to qualify for part of this work, namely the construction of six much-needed icebreakers for the Canadian Coast Guard.

Yet while that announcement kick-started negotiations for a deal that Davie and his supporters in Quebec City and Ottawa had long been calling for, the talks that followed remain in the dark more than two years later.

The delay is fueling fears about the Canadian Coast Guard’s aging fleet, which lost another vessel this week. The forced retirement of a 59-year-old science vessel leaves Canada without a dedicated platform for ocean research.

“You really wonder what’s happening so long after making such a high-profile commitment,” said David Perry, president of the Canadian Global Affairs Institute and one of Canada’s top procurement experts.

“And the delivery of all the work for which they are responsible must be significantly affected by the failure to reach an agreement.”

Davie was initially left out of the shipbuilding plan following a 2011 competition that selected Irving Shipbuilding in Halifax to build the navy’s new warships, and Seaspan to build two new naval support ships and the essential part of the new coast guard fleet.

The Quebec shipyard was able to land some piecework, including the construction of two federal ferries and the supply of several second-hand ships for the navy and the coast guard. These included a naval supply ship and three used icebreakers.

Davie made no secret of its desire to do more and, with the help of allies in Quebec and opposition benches in Ottawa, the Lévis, Quebec-based company lobbied the government federal Liberal to be officially included in the shipbuilding plan.

At the same time, Seaspan was struggling to meet its delivery schedules due to mismanagement by the Vancouver shipyard and the federal government. Meanwhile, the Coast Guard fleet was becoming increasingly decrepit.

The impact of those delays crystallized further this week when the Coast Guard announced it was retiring the CCGS Hudson, an ocean research vessel, while revealing that Seaspan would not deliver its replacement until at least 2025.

It is in this context that the Liberal government announced in August 2019 that it was adding a third shipyard to the shipbuilding plan to build Canada’s next fleet of icebreakers, and formally called on shipyards to show their interest.

Ontario shipyard Heddle Marine was quick to accuse the government of stacking the deck in favor of Davie. Yet the Canadian International Trade Tribunal was barred from investigating Heddle’s complaint after Ottawa invoked a special exemption.

In December 2019, the government announced that Davie was the only shipyard to meet its requirements.

While officials at the time said they expected a final deal to work out the details by the end of 2020, that hasn’t happened. The last official update in July said the government had revised that timeline to the end of 2021, a deadline it also missed.

Both sides say talks are ongoing, but provided few other details.

“This is a complex, multi-step qualification process and it is imperative that Canada succeeds,” said Public Services and Procurement Canada spokesperson Marc-André Charbonneau. “Our evaluation team continues to evaluate the proposal submitted by Chantier Davie.

He added that if Davie “is unable to complete the process to become the third shipyard under the (national shipbuilding strategy), Canada should assess the impact on all programs intended at the third shipyard”.

A spokesperson for Davie said the company remains committed to building Canada’s newest icebreakers, the need for delivery of which becomes more urgent with each passing day as the existing Coast Guard fleet grows older and older. difficult to maintain.

The company, meanwhile, has yet to deliver the last of three used icebreakers ordered for the Coast Guard in 2018, which were billed at $610 million but are now nearing the $1 billion mark. of dollars.

The lack of a formal deal didn’t stop the Liberals from announcing plans in May for Davie and Seaspan to each build a polar icebreaker, an announcement some saw as politically motivated ahead of the US federal election. last year.

University of Calgary shipbuilding expert Timothy Choi said that while the COVID-19 pandemic has undoubtedly slowed plans to add Davie, the lack of clarity surrounding the talks is both frustrating and worrying.

“The exact stage of their negotiations, and in fact what needs to be negotiated or verified for Davie to become the third official yard, has been shrouded in silence,” he said.