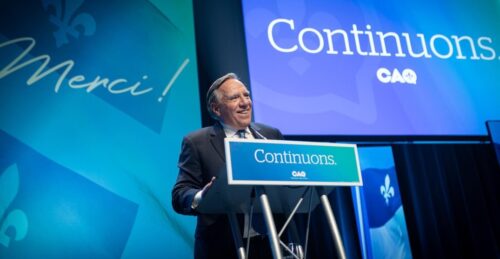 How Legault’s $400-$600 payout promise will work for Quebecers

As part of his campaign, Premier François Legault and his Coalition Avenir Québec (CAQ) government promised another handout to citizens to help fight inflation.

Over the summer, Legault et co. announced that the government would pay a one-time payment to 6.4 million Quebecers, at a cost of $3.5 billion for the CAQ.

Now that the Caquiste government is elected, a check of $400 to $600 will be given to all taxpayers to help offset rising prices across the province.

“As we have promised and said many times during the campaign, we will release the payment to people in December.”

He clarified that Revenu Quévec will use the information from the 2021 tax return already filed to automatically pay the new amount for the cost of living to “taxpayers who are entitled to it”.

Unfortunately, this means that no CAQ government Christmas card contains $500 in cash.

Over the summer, Legault said the government “listened to those who felt we should help more Quebecers who have less means.” The Prime Minister said inflation over the past few months had “strongly affected” citizens, citing that groceries, gas and “all expenses” were costing more. “At the CAQ, we believe that Quebecers should have the right to choose what to do with these sums.”

This will be the second time in the past year that Legault has dangled money to Quebecers as an election promise. In March 2022, the CAQ issued a one-time payment of $500 to every adult who paid taxes in 2021 across the province. In June, the CAQ government promised another round to the citizens, if Legault was re-elected.

2nd measurement of #Shield🛡️ against inflation: an amount directly in your pocket.

In October’s provincial election, Legault and the CAQ government won a landslide victory, winning a majority.

The CAQ was elected in 90 ridings – the most seats won by any party in Quebec since 1989, when the Liberals won 92 seats.

The community is in shock after police identify 2 police officers killed in Innisfil, Ontario. filming