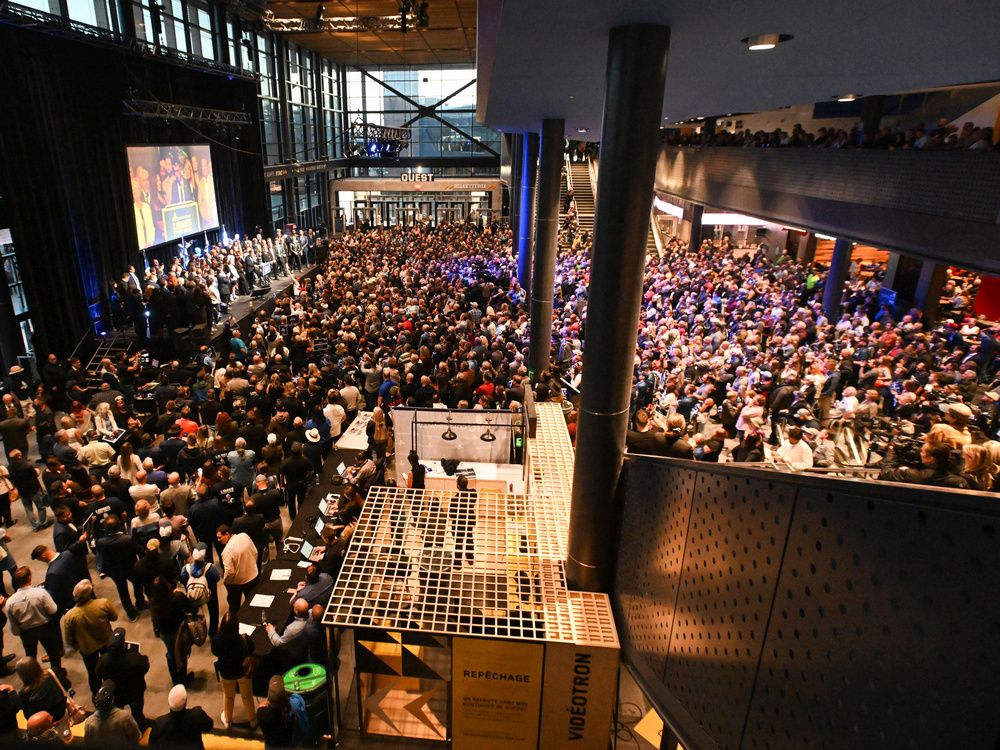 Éric Duhaime made a show of force Friday night in Quebec by organizing the largest rally of the election campaign to date.

The great hall of the Videotron Center, which seats 2,000 people, was packed, housing an effervescent crowd, although some Conservative supporters were unable to get inside. The organizers were expecting 3,000 people, including a few dozen candidates.

“The halls are too small to accommodate us everywhere,” Duhaime told his supporters, noting the growing popularity of the Conservative Party of Quebec. He said no other party could do the same.

Duhaime said he expects his recent popularity will lead to increasingly “vicious” attacks from his opponents, who will “dig into the trash cans” of his political party.

His own attacks were mainly aimed at the outgoing prime minister and leader of the Coalition avenir Québec, François Legault, who, according to Duhaime, came out “damaged” from the debate the day before.

Regarding the third link between Quebec and Lévis, Duhaime says that Legault “taught us that there have never been any studies”, but says that he does not believe in it and asks Legault once again to make them public before the end of the campaign. .

Duhaime wonders about the safety of the Pierre-Laporte bridge and asks Legault to shed light on the subject.

He also blamed Legault for not apologizing to Quebecers for his “poor crisis management” amid the COVID-19 pandemic.

The Conservative leader urged his supporters to vote on October 3.

“There is an undercurrent” that must translate into votes, he said.

The initial entry fee for Duhaime’s event was $500 – an amount those around him considered reasonable – but he stepped in because he felt the price was excessive, dropping it instead to $50 for members.

Earlier this week, the organization behind Duhaime emailed members suggesting they provide a basic voluntary financial contribution of $10 or, even better, a VIP contribution of $500 to attend the big gathering.

No special privileges came with the VIP contribution, such as the opportunity to meet Duhaime personally. He only provided access to the rally, which included speeches by Duhaime and a few candidates. But the VIP guests who paid $50 weren’t even sure they would attend the event.

It was impossible to know on Friday how much money the party wanted to raise with the activity, which was supposed to be one of the highlights of Duhaime’s campaign.

Entrance fees — even as high as $500 — for partisan activities during an election campaign are not illegal, according to Élections Québec, as long as the funds raised are used to finance the activity and not the party itself .

After the rally, Duhaime’s official agent will have to prove it wasn’t a fundraiser (voters can donate up to $200 to a party during an election campaign). The agent must write a financial report showing that the money raised does not exceed five percent of the total cost of organizing the activity. If there is a surplus, the party must reimburse the difference to the Chief Electoral Officer. The activity will be part of Duhaime’s election expenses.