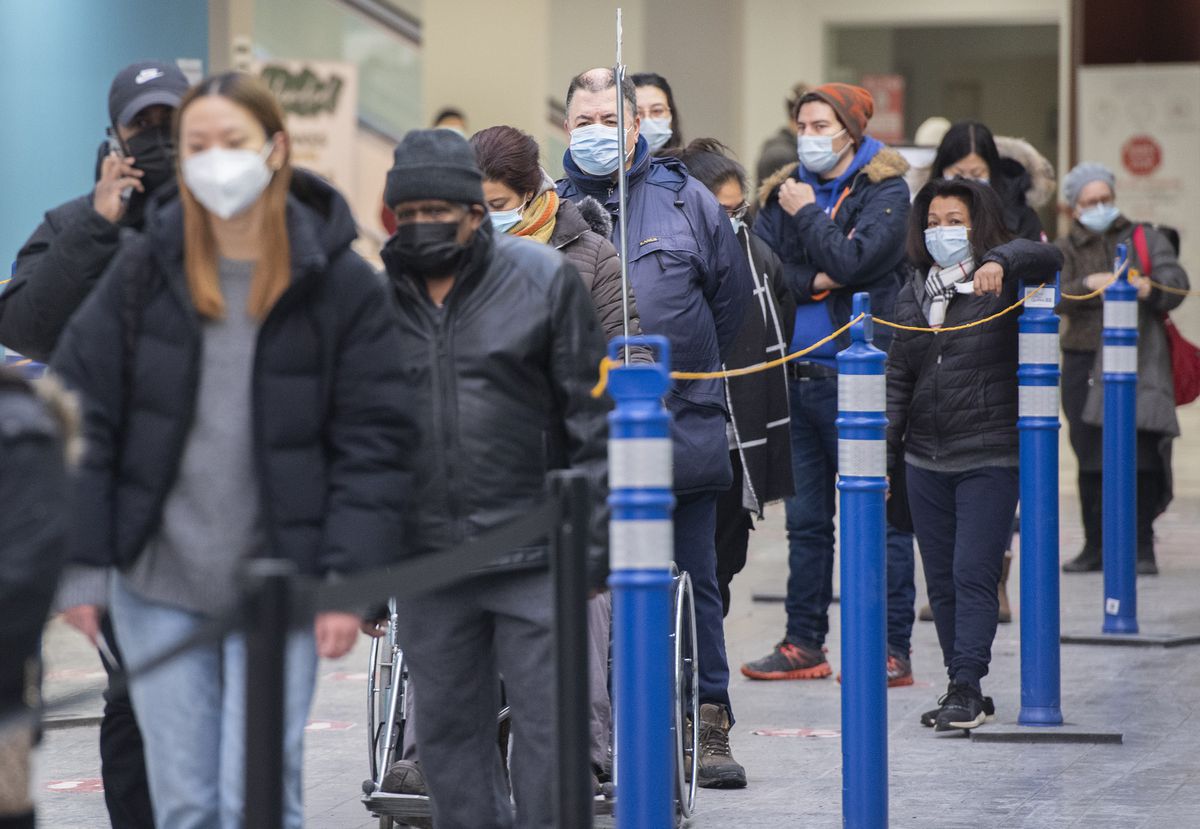 On Tuesday, the day after Ontario and Quebec cautiously took their final steps toward an eventual return to normalcy, Ontario’s COVID-19 Science Advisory Table released new modeling that had a direct message : we can’t be sure how it will turn out.

What is certain, according to the scientific table, is that leaving non-essential indoor businesses such as restaurants, bars, cinemas, casinos, museums and gymnasiums to restart halfway, and increase the capacity limit retail outlets and private indoor gatherings, increase COVID-19 infections in the province.

What is unclear is the magnitude of the rebound. Province reduce testing for asymptomatic people in December, so it has a less than perfect picture of the number of residents infected with Omicron.

The science table said some available indicators, such as the amount of COVID-19 found in sewage, a steady decline in test positivity rates, and declining hospitalizations in Ontario, which is similar to what is observed in many other provinces, are promising. But with hospitalizations still at an all-time high, there’s no way to know exactly how the next few weeks will unfold.

Oh wait. There is one thing we know: vaccination is our best defense against a strong rebound in hospitalizations in the weeks to come. It’s always our silver bullet.

There are boatloads of evidence demonstrating the effectiveness of vaccines against COVID-19. For example, look at what happened in long-term care homes in Canada before and after the arrival of vaccines.

It became clear in early 2020 that LTC residents were extremely vulnerable to COVID-19. In May, they represented a shocking 81% of reported COVID-19 deaths in Canada.

The carnage prompted provinces to prioritize LTC residents for the first available vaccines. Between January 15 and March 31, 2021, 95 percent residents of most provinces have received their first dose, according to the Canadian Institute for Health Information.

Deaths in LTC homes plummeted over the following months. Last summer, the all-cause death rate in long-term care facilities was no different from what would be seen in a normal, pandemic-free year, according to CIHI.

Want more proof? In the United States, a low vaccination rate of 64% of the population – 15 points lower than in Canada – is blamed for a death rate per capita three times higher than that of Canada, and 63% higher than any rich developed country.

Or look at the truckloads of data from every province that prove vaccinated Canadians have historically been much less likely to get seriously ill with COVID-19 than the unvaccinated.

In Ontario, according to the science chart, being unvaccinated means you are currently almost six times more likely to be hospitalized, and almost 12 times more likely to end up in intensive care, than a person who received two or three doses. Quebec figures are almost exactly the same.

In summary, if you can’t wait to see the end of restrictions and mandates but aren’t vaccinated, you’re doing it wrong.

And if governments in the process of easing the rules don’t want to back down in a few months, they should reach out to the laggards and get them on board.

Vaccination rates in Canada are stagnating. The booster campaign that began in December peaked at an average of nearly 350,000 daily doses in early January, but has steadily dropped since then, recently averaging less than 150,000 daily injections, according to the COVID-19 tracking website.

As such, vaccination mandates and vaccine evidence requirements remain essential tools and should largely not be removed. But governments preparing to lift restrictions cannot simply sit back and wait for the holdouts to come forward. They must go where the resisters are.

In Quebec, community workers are deploying this month to neighborhoods in Montreal where vaccination rates are low, and talk directly to people.

These types of on-the-ground efforts, including pop-up clinics in busy public places such as shopping malls and transit stations, are expected to be rolled out tirelessly by provinces and municipalities over the coming months.

Passports and vaccination mandates have been essential in the fight against COVID-19, but more than ever, these nudges must be accompanied by an outstretched hand.