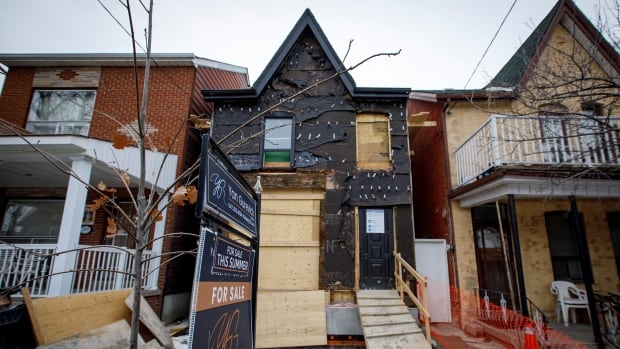 Premier Doug Ford’s government is unveiling the first phase of its plan to address the skyrocketing cost of buying a home in Ontario.

The government has tabled a bill that, in part, targets planning delays at the municipal level, suggesting the approval process in place is slowing home construction and driving up prices.

Steve Clark, Minister of Municipal Affairs and Housing, told reporters after the bill was introduced on Wednesday that he was confident the bill would create more housing, faster.

“As housing starts have reached record highs over the past two years, lengthy and drawn-out processes are delaying housing and making the dream of homeownership out of reach for too many Ontarians,” Clark said. during a press conference.

The province first revealed details of its plans in a dense 42-page document during a technical briefing with reporters on Wednesday afternoon. You can read it at the bottom of this story.

The plan comes after a housing affordability task force convened by the government released a report last month offering 55 recommendations, including a target to build 1.5 million homes in 10 years. This target is double the current rate of new construction.

Government officials say the task force’s report gives them a long-term roadmap, but many of its recommendations are not reflected in current legislation, including changing municipal zoning rules to allow construction more housing apart from single-family homes.

To get more homes built faster, the task force recommended that the province impose sweeping changes on cities. Proposals include increasing density in single-family neighborhoods, reducing the time spent on public consultations on housing projects and imposing deadlines for housing approvals.

Clark said moves to allow for greater density in single-family neighborhoods weren’t part of the plan because some municipalities, like Toronto and Mississauga, “just aren’t there yet.”

While high housing prices are nothing new to the Greater Toronto Area, the cost of buying a home just about anywhere in Ontario is also skyrocketing.

In 2021, the average selling price of homes in the province was 44 per cent higher than two years earlier, according to figures from the Canadian Real Estate Association.

Municipalities will also get new power under upcoming legislation. Province says it can use its new Community Infrastructure and Housing Acceleration Tool to speed up approvals for non-profit housing, community centers, hospitals, long-term care homes or other similar projects.

However, to do this, councils must submit a request to the Housing Minister explaining why they want the project, what approvals they need and how the public has been consulted. In turn, the Minister may impose conditions on the project. The accelerator cannot be used for Greenbelt lands, the province said.

The bill also contains measures to streamline the subdivision and site plan approval processes, which deal with things like walkways and parking, as well as approvals for multi-unit residential buildings. modular.

Municipalities should also reimburse zoning by-law amendment fees after January 1, 2023 if they do not make a decision within the time limits prescribed by law.

The province says it will also spend $19 million over three years to reduce backlogs at the Ontario Lands Tribunal and the Landlord and Tenant Board.

Ford blamed high property prices in part on city councils moving too slowly to approve property developments. At a January summit with the mayors of Ontario’s 30 largest cities, he announced a $45 million fund to streamline approvals.

The Affordability Task Force report was not well received by many mayors and councils across the province, particularly in suburban GTA cities.

This could influence the Ford government’s willingness to move forward with the recommendations, as seats in the 905 region are expected to be key battlegrounds in the upcoming provincial election and could ultimately influence the outcome.

A government official, whom CBC News agreed not to name, said the bill reflects a balance between the task force’s recommendations and feedback the government has received from municipalities and the public.

Municipal councils “have been candid about the need to be involved in policy design and development in the task force report”, the official said, adding that the government recognizes that it needs to work with municipalities to shake things up.

It is far from certain that the measures coming from the government on Wednesday will have a short-term impact on the purchase price of a house in Ontario.

The task force’s recommendations focused almost entirely on increasing the supply of housing over the next few years.

Some real estate analysts and opposition parties are calling on the government to address the demand factors driving up prices. Recent sales figures show that 25% of home purchases in Ontario are made by investors who own more than one property.

Late Tuesday afternoon, the Ford government announced it was increasing Ontario’s foreign buyers’ tax on residential real estate to 20% and expanding its coverage to apply nationwide. of the province.

Ontario’s “non-resident speculation tax” was introduced in 2017 by the Liberal government of Kathleen Wynne at a time when house prices were rising sharply. This had a significant impact, pushing prices down in 2018.

The tax rate was 15% on home purchases by non-resident buyers in the GTA and a swath of southern Ontario stretching from Peterborough to Barrie, Waterloo and the Niagara Peninsula.

The new 20% rate and its province-wide application take effect immediately.

The opposition New Democrat and Green parties are proposing additional speculation taxes as well as a vacancy tax to try to curb demand from investors who don’t live in the homes they buy.

“This government has had four years and they finally found out there was a housing crisis,” NDP Leader Andrea Horwath said at a housing press conference last week in Stratford.

Horwath dismissed the task force’s recommendations as “about one side of the coin” for their focus on market housing supply.

Here is the presentation from the Government of Ontario outlining the first phase of its plan: