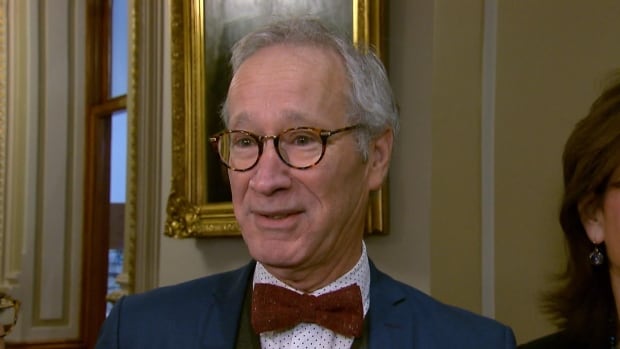 With less than six months to go before the next provincial election, the Official Opposition in Quebec’s National Assembly has lost another seasoned politician.

David Birnbaum, the MP for the riding of D’Arcy-McGee — which mainly includes the municipalities of Hampstead and Côte Saint-Luc on the island of Montreal — will not run again this fall.

Birnbaum is now the ninth Liberal MP to announce that this current term will be his last.

On Monday, Birnbaum said he would leave politics with “serenity” and pride in what he has achieved. He described his time as an MP as “deeply rewarding, deeply empowering”.

The 66-year-old said he had been considering retirement for over a year and made his decision “about four or five months ago”.

His announcement follows criticism of his party from administrators of Anglophone CEGEPs for proposing an amendment to the Coalition Avenir Québec government’s Bill 96, which aims to modify Quebec’s language charter.

The Liberals have proposed requiring all students in English CEGEPs to take three courses taught in French. The party backed down in favor of its own idea, but only after it was passed unanimously by the committee studying the bill.

Birnbaum, who spent a decade as executive director of the Quebec English School Boards Association before being elected, was adamant that the backlash the party faced over the amendment to the bill 96 did not play a role in his decision to retire from politics.

“I have been at the heart of language discussions for the past 35 years,” he said.

“Do I have any bruises to show in these 35 years? Sure. Are there any new ones in the last few months? Yeah. Nowhere, nowhere did that influence my decision. “

Party leader Dominique Anglade thanked them all for their contributions. She also dismissed the idea that their exits are symptoms of a faltering political party.

“In September I met with my team to make sure I knew who was staying and who was leaving. These are things that were expected,” Anglade said.

“But at the end of the day, it’s also an opportunity to renew the party.”

The Liberals currently hold 27 seats in the National Assembly, a sharp drop from the 68 seats the party held before the 2018 election