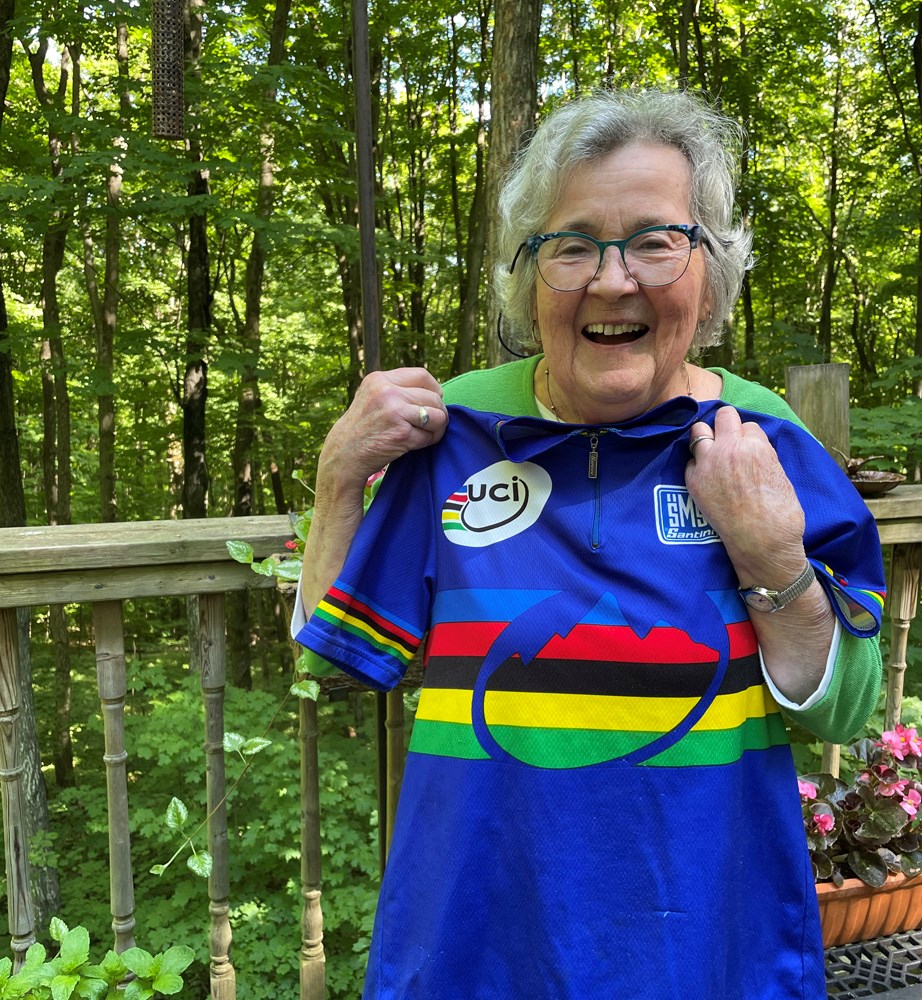 Local championship mountain biker Ann Budge is considered a trailblazer in the sport. Its first race was in 1987, just a few years after the sport of mountain biking became popular.

Indeed, the first mass-produced mountain bike didn’t appear until 1981 with the Specialized-branded Stumpjumper, a name the brand still uses today. The sport’s popularity quickly began to skyrocket, with the bikes evolving from heavyweight “klunkers” to lightweight full-suspension trail killers as riders competed in events all over the world.

“Simcoe County, specifically Oro-Medonte, is the hub of mountain biking in Eastern Canada, with the exception of parts of Quebec,” she noted. “But we have Hardwood Ski and Bike Race Nights, Horseshoe Resort Downhill Courses, Copeland Forest, Simcoe County Trails; it really is the hub. We have to show it. »

These events have attracted some of Canada’s top athletes to the region and have inspired many local athletes to become provincial, national and world champions. This year Hardwood Ski and Bike will host the 2022 Canadian Mountain Bike Championships July 21-24.

Budge started mountain biking at the age of 50 after learning that his daughter and son-in-law had started riding bikes.

“Let’s get some mountain bikes and join them,” Budge announced to her husband, Don. She quickly accepted her son-in-law’s challenge to enter a contest. After that first race, Budge was hooked. For the next 20 years, she competed in races in Quebec and the United States, including downhill, uphill, cross-country and even sand dune courses.

An avid cross-country ski competitor, Budge comes from a university athletic background at McGill University, where she competed in badminton, squash and basketball.

She remembers that one of her biggest accomplishments was being part of Canada’s National Mountain Bike Team in 1992.

“I wanted to do this so badly. I trained and trained and trained. I needed to qualify by accumulating points by competing in the Canada Cup qualifying events. It was so exciting to be part of the team and to compete at the World Championships in Bromont, Quebec.

Budge then won medals at the world masters championships in Bromont in 1999 and 2001, as well as numerous provincial and national championships. She continued to compete in mountain biking and cross-country skiing well into her 70s. Now 85, she only slowed down due to a devastating cycling accident seven years ago.

She was just finishing a bike ride in Oro-Medonte when she was hit by a school bus crossing a stop sign. After spending 12 weeks in hospital, Budge was able to return home to continue her long rehabilitation.

“They told me the only reason I was able to go home, and not to a nursing home, was because of who I was before the accident,” Budge said.

This physical form allowed him to regain his mobility and to walk again. She is not able to ride a bike or ski, but she still enjoys going out to volunteer at mountain bike races and is able to snowshoe in the winter.

“It’s so important to stay fit and healthy, especially when you’re older, because you never know.”

Budge’s impressive mountain biking accomplishments are showcased in the Making Tracks exhibit, where visitors can even see what she calls her “emergency” bike.

In the exhibit, Budge is joined by an outstanding group of local cyclists who have garnered national and international attention, including Olympian Peter Disera and current national mountain bike champion Jenn Jackson, both of Horseshoe Valley. .

Making Tracks is located in the museum’s Simcoe Gallery, where exhibition ideas come from the community. Over the past few years, Budge had approached leaders in the cycling community with his idea for a museum exhibit for mountain biking. His perseverance paid off. She got a call from the Simcoe County Museum earlier this year to say they were moving forward with her idea.

“We saw this as a perfect fit for summer,” said Simcoe County Museum Curator Kelley Swift Jones. “There has been an explosion in the popularity of cycling, especially during COVID-19. This exhibit gives us the opportunity to showcase this part of our history and the important role of Hardwood, Horseshoe, Simcoe County Forest and cycling clubs in the area.

“They did a great job,” Budge said. “It’s an interesting, informative and fun exhibit for cyclists and non-cyclists alike.”

For more information on visiting the Simcoe County Museum, go to museum.simcoe.ca.

A TikToker Tried 50 Quebec Poutines in 7 Days, Gained 8 Pounds, and Ranked in the Top 5