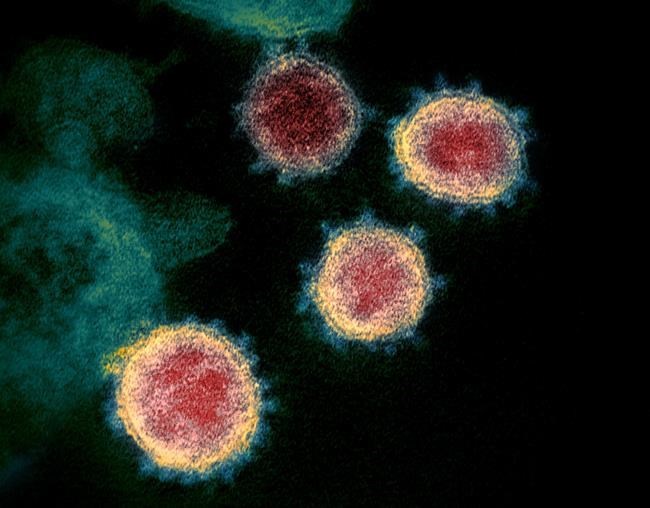 COVID and air pollution, cleaning up storms in Ontario and Quebec: In the news for May 24

In The News is a roundup of articles from The Canadian Press designed to start your day. Here’s what’s on our editors’ radar for the morning of May 24… What we’re watching in Canada…

In The News is a roundup of articles from The Canadian Press designed to start your day. Here’s what’s on our editors’ radar for the morning of May 24…

What we’re watching in Canada…

A comprehensive study of thousands of COVID-19 patients in Ontario hospitals has found links between the severity of their infections and the levels of common air pollutants they experience.

Chen Chen, an epidemiologist at the University of California, says the study suggests that the more people are exposed to long-term pollution, the harder a COVID-19 infection hits them.

The study was published in the Canadian Medical Association Journal.

The study looked at more than 150,000 cases of COVID-19 in Ontario patients and correlated their findings with levels of fine particulate matter, ozone and nitrogen dioxide — the three components of smog.

Chen says research shows that more severe reactions to the virus were associated with higher levels of long-term exposure to contaminants.

She says this adds to the growing body of evidence that air pollution is what she calls a “silent killer”.

Power outages caused by the powerful and deadly storm that swept through Ontario and Quebec on Saturday dragged into another day, as power providers warned customers they could wait even longer than the electricity is fully restored.

The lack of power prompted the Ottawa-Carleton District School Board to close all schools and daycare centers on Tuesday due to ongoing safety concerns posed by the storm, telling parents in a notice that about half of their schools were without electricity.

Early Tuesday morning, Hydro Ottawa reported that about 110,000 customers were still without power, while provincial utility Hydro One had more than 150,000 customers still affected by outages.

Across the provincial border, Hydro-Quebec reported that about 134,000 customers were still without power Tuesday morning, compared to a peak of more than 550,000 that stretched from Gatineau to Quebec.

The Ontario communities of Clarence-Rockland, east of Ottawa and Uxbridge, east of Toronto, remained in a state of emergency following storm damage, with some buildings reduced to rubble and streets blocked by uprooted trees, downed power lines and telephone poles.

The death toll has now risen to at least 10, with Peterborough police confirming on Monday that a 61-year-old man from Lakefield died during the storm due to a falling tree.

What we’re watching in the US…

TOKYO _ US President Joe Biden told fellow Indo-Pacific leaders gathered for a four-nation summit on Tuesday that they were going through “a dark hour in our shared history” due to Russia’s brutal war on Ukraine and he urged the group to make more effort to stop Vladimir Putin’s aggression.

“It’s more than just a European problem. It’s a global problem,” Biden said as the “Quad” summit with Japan, Australia and India began.

Although the president did not directly call any country, his message appeared to be directed, at least in part, to Indian Prime Minister Narendra Modi, with whom differences persist over how to respond to the Russian invasion.

Unlike other Quad countries and almost all other US allies, India has not imposed sanctions or even condemned Russia, its largest supplier of military equipment.

With Modi sitting nearby, Biden argued that the world had a shared responsibility to do something to help Ukraine’s resistance against Russia’s aggression.

“We are navigating a dark hour in our shared history,” he said. “Russia’s brutal and unprovoked war against Ukraine has triggered a humanitarian catastrophe and innocent civilians have been killed in the streets and millions of refugees are also internally displaced as well as in exile.”

“The world has to deal with it and we are doing it,” he added.

Later, in comments to reporters after a one-on-one meeting with Modi, Biden said Russia’s invasion of Ukraine “and the effect it has on the whole of world order”. Biden added that the United States and India would continue to consult. “on how to mitigate these negative effects.”

In his comments, Modi made no mention of the war in Ukraine, instead ticking off several trade and investment agendas he discussed with the president.

What we’re looking at in the rest of the world…

When Russia invaded Ukraine on February 24, it had hoped to catch up with the country in a blitz of days or weeks. Many Western analysts also thought so.

As the conflict marked its third month on Tuesday, Moscow appears to be mired in what looks increasingly like a war of attrition, with no end in sight and little success on the battlefield.

There was no quick victory for the mighty forces of Russian President Vladimir Putin, no rout that would allow the Kremlin to control most of Ukraine and establish a puppet government.

Instead, Russian troops were bogged down on the outskirts of kyiv and other major cities amid stiff Ukrainian defenses. Russian armor convoys seemed stuck on long stretches of highway. Troops ran out of supplies and fuel, becoming easy targets from the ground and the air.

Just over a month after the start of the invasion, Russia effectively recognized the failure of its blitz and withdrew its troops from areas near kyiv, declaring a shift of attention to the eastern industrial region of Donbass, where Moscow-backed separatists were fighting Ukrainian forces. since 2014.

To be sure, Russia has seized significant chunks of territory around the Crimean peninsula that Moscow annexed eight years ago. He also succeeded in completely cutting Ukraine off from the Sea of ​​Azov, finally gaining full control of the key port of Mariupol after a siege that left some of his troops unable to fight elsewhere as they battled staunch Ukrainian forces. locked up in huge steel mills.

But the offensive in the east also appears to have stalled, as Western weapons pour into Ukraine to bolster its outdated military.

Every day, Russian artillery and fighter jets relentlessly pound Ukrainian positions in the Donbass, trying to break through the defenses built during the separatist conflict. But they only made incremental gains, clearly reflecting both insufficient Russian troops and Ukrainian resistance. In a recent episode, the Russians lost hundreds of people and dozens of combat vehicles in the Luhansk region as they tried to cross a river to build a bridgehead.

The sexual assault trial of Canadian musician Jacob Hoggard is set to resume in Toronto today.

The Crown finished presenting its case early last week, and the defense is expected to begin arguing its case today.

Hoggard, the leader of the Hedley band, pleaded not guilty to two counts of sexual assault causing bodily harm and one of sexual interference, a charge related to sexual touching of a person under 16.

The charges relate to incidents involving two complainants, one of whom was a teenager at the time.

Prosecutors allege Hoggard arranged for the plaintiffs to meet him at Toronto-area hotels, where they allege he violently and repeatedly raped them, leaving them bleeding and bruising.

The defense, meanwhile, argues that Hoggard had consensual sex with the plaintiffs.

Have you seen this?

KAMLOOPS, BC _ Prime Minister Justin Trudeau received a loud and stern welcome Monday when he attended a one-day memorial marking one year since graves believed to hold the remains of hundreds of children were discovered in a former boarding school in Kamloops, British Columbia.

Trudeau was followed by a large group of memorial attendees who chanted and pounded drums as he paused in the stands, talking face to face with people and often exchanging hugs with others.

“We have so much more to do,” Trudeau was heard saying to an elderly woman he spoke to and hugged.

Others didn’t come across as friendly, chanting, “Canada is all Indian land” and “We don’t need your Constitution.”

Trudeau told the crowd that he hears their concerns.

Earlier Monday, Governor General Mary Simon told the crowd about the atrocities, death, loss and silence of residential schools that Indigenous peoples have known for so long are now known to all.

“It is unimaginable for a place of learning to be so cruel. It is inexcusable that people can commit these atrocities or that people can remain silent while they are being committed,” she said.

A year ago, the Tk’emlups te Secwepemc First Nation announced that the graves had been detected using ground-penetrating radar at the site of the former Kamloops Indian residential school.

They are believed to hold the remains of up to 215 children who died at school, a discovery that has led to the discovery of hundreds of other similar sites across the country and sparked a national toll on past relationships and Canada’s presence with Indigenous peoples.

This report from The Canadian Press was first published on May 24, 2022.