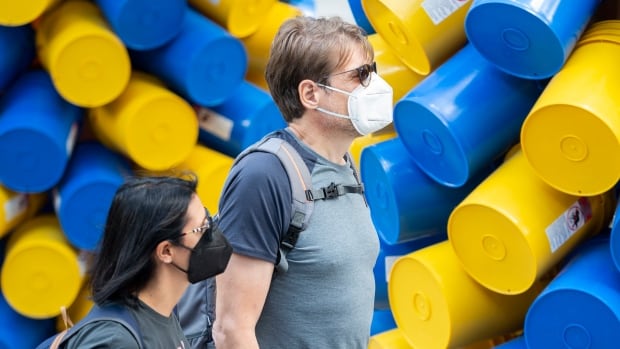 COVID-19 in Quebec: what you need to know Tuesday

COVID-19 data is no longer updated by the Quebec Ministry of Health on weekends or holidays.

The province says it is taking action to avoid having a surplus of unused COVID-19 vaccine doses.

The Ministry of Health has announced that it has stopped new deliveries of doses of AstraZeneca and Moderna vaccines.

So far, it has returned over 106,000 doses of AstraZeneca and 1.8 million doses of Moderna to the federal government.

As of Monday, 84 percent of eligible Quebecers (aged 12 and over) have received a dose of the vaccine and 68 percent are fully immunized.

Highest positivity rate since May

The province had its highest COVID-19 positivity rate since last May on Sunday, with the number reaching 1.4%.

While the number of cases in Quebec remains low compared to the peak of the third wave, Dr. Donald Vinh, specialist in infectious diseases at the McGill University Health Center, says that the current trends are worrying because they show “that he there is still an ongoing community transmission â€.

Vinh said the concern lies in the future, as schools and college classes resume in late August and September.

“If it’s already increased when we’re ‘safe’ outside,” he said, “what’s going to happen when we’re inside?”

Meanwhile, health officials in the United States are sounding the alarm bells over the rapid spread of the delta variant which is described as extremely contagious, even in people who have been vaccinated.

The province relaxed a few other COVID-19 restrictions this week.

Bars and restaurants are now officially allowed to serve alcohol until 1 a.m., an hour longer than previously allowed.

The best stories of COVID-19