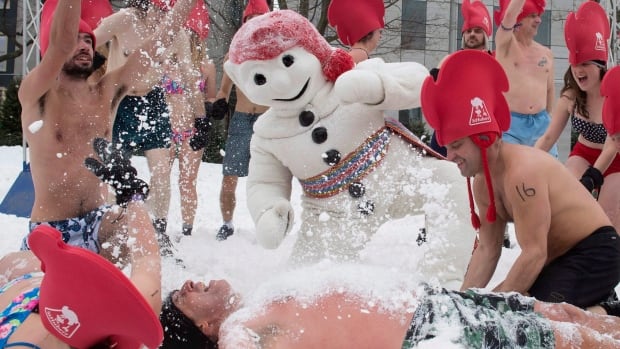 COVID-19 in Quebec: what you need to know on Wednesday

New cases are those reported to the Government of Quebec only. They are thought to be an underrepresentation of the spread of the virus, given the limited availability of PCR tests and the use of home test kits.

Quebec’s acting director of public health, Dr. Luc Boileau, will provide an update on the COVID-19 situation in the province later today.

Boileau will be joined by heads of the province’s health research institute, INESSS, and the Quebec public health institute, INSPQ.

Quebec City is preparing for possible protests against COVID-19 restrictions this weekend – just as the annual winter festivities begin.

Social media groups are planning protests similar to those held over the weekend in Ottawa, where some protesters continue to occupy the nation’s capital, demanding an end to COVID-19 vaccination mandates and other public health restrictions.

The mayor of Quebec said he hoped protesters wouldn’t cause too much disruption, as Carnaval, the winter festival, begins, bringing families to the city.

The festivities take place close to the National Assembly, which is also one of the sites planned for the gathering.

Mélanie Raymond, the Carnival’s general manager, said in a press release that the organizers were monitoring the situation closely.

“It would obviously be deplorable if Carnival, which is already taking place in a very difficult context (…) becomes a collateral victim of the demonstrations,” she said.

Quebec police say they have been in contact with some of the protest organizers and will release details of their emergency plan later this week.

Premier Francois Legault is dropping a proposed tax on unvaccinated Quebecers, now saying it’s more important to build bridges and reach out to people who refuse to get vaccinated.

Legault also announced that sports will be allowed to resume for all ages on February 14, as long as group sizes are limited to 25 people. Gyms and spas will also be allowed to reopen, but only at 50% capacity.

Cinemas and theaters are expected to reopen this Monday, February 7, with some capacity restrictions.

The Montreal Canadiens announced Tuesday that they will join with public health officials to encourage children aged 5 to 17 to get vaccinated.

In a statement, the team said that all children in this age group who come to the Palais des Congrès for vaccinations this weekend between 8:30 a.m. and 4:30 p.m. will receive a Habs-themed gift.

All children are eligible, while supplies last, whether they have an appointment or not.

Youppi, the Canadiens mascot! will also be there to support the vaccination campaign, along with Cosmo, the Laval Rocket mascot.

47,000 Quebec students out of school due to COVID

The Government of Quebec has started to publish updates twice a week on the number of students and teachers absent from school due to COVID-19.

The data released on Tuesday was collected last Friday. That day, 47,702 primary and secondary students were absent from class due to COVID.

There were also 4,538 school staff absent due to COVID – of which 2,362 were teachers – and 1,300 of those teachers continued to teach online without being present at school due to COVID.

The data also noted that two schools were closed or partially closed, and 118 classrooms were closed and practicing online learning instead.