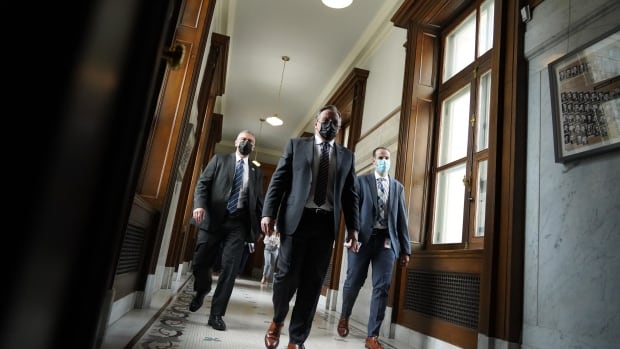 COVID-19 in Quebec: what you need to know on Tuesday

New cases are those reported to the Government of Quebec only. They are thought to be an underrepresentation of the spread of the virus, given the limited availability of PCR tests and the use of home test kits.

Premier Francois Legault is scrapping a proposed tax on unvaccinated Quebecers, saying it’s more important to build bridges and reach out to people who refuse to get vaccinated.

Legault also announced that sports will be allowed to resume for all ages on February 14, provided groups do not exceed 25 people. Gyms and spas will also be allowed to reopen then, but only at 50% capacity.

According to sources speaking to Radio-Canada, the Legault government is also discussing the reopening of gymnasiums as of February 14. Gyms and other fitness centers have been closed in the province since late December, when they were closed to limit the spread of the Omicron variant of COVID-19.

Currently, cinemas and theaters are scheduled to reopen this Monday, February 7, with some capacity restrictions.

The Montreal Canadiens announced Tuesday that they will join with public health officials to encourage children aged 5 to 17 to get vaccinated.

In a statement, the team said that all children in this age group who come to the Palais des Congrès for vaccinations this weekend between 8:30 a.m. and 4:30 p.m. will receive a Habs-themed gift.

All children are eligible, while supplies last, whether they have an appointment or not.

Youppi, the Canadiens mascot! will also be on hand to support the vaccination campaign, along with Cosmo, the Laval Rocket mascot.

Quebec’s National Assembly resumes session today, and politicians are expected to pounce on the ruling Coalition Avenir Quebec government for its recent handling of the pandemic.

The government has seen a rare dip in popularity over the past month as the fifth wave of the pandemic gripped the province.

In addition to the expected flip-flop on the plan to tax unvaccinated Quebecers, Legault imposed and then removed an unpopular curfew and introduced more containment measures. The healthcare system has been forced to postpone thousands of surgeries. The province’s longtime director of public health has resigned.

Student unions at Concordia University say they are spending thousands of dollars buying N95 masks for students, saying their administration is failing in its responsibility to create a safe work environment.

In-person classes will resume at the university on Thursday. Currently, only procedure masks are distributed to students on campus.

“Concordia should be distributing the masks,” said Jonathan Llewellyn, vice president of Teaching and Research Assistants at Concordia (TRAC).

TRAC has already purchased approximately 1,000 masks for its members.

The Concordia Student Union, which represents undergraduates, is also in a race to buy N95 masks. Due to supply issues, they will prioritize them for high-risk students, such as those who are immunocompromised.

“The main issue is storage. They’re in storage for five minutes and then they’re gone,” said Hannah Jamet-Lange, the union’s academic and advocacy coordinator.

Compulsory vaccination for some hotel employees

A number of hotels in Canada are making COVID-19 vaccination mandatory for their employees, including some of the most popular hotels in Quebec.

The Fairmont chain now requires its employees to be fully vaccinated by April 11. This includes approximately 500 employees at Quebec City‘s iconic Château Frontenac, as well as Manoir Richelieu in the Charlevoix region.

André Roy, the Quebec representative with the Quebec Hotel Association, said the goal is to protect hotel employees and guests.

Those who do not want to be vaccinated must provide two negative tests per week, at their own expense, to remain in post.

After decades in public service, she won’t be slowing down anytime soon