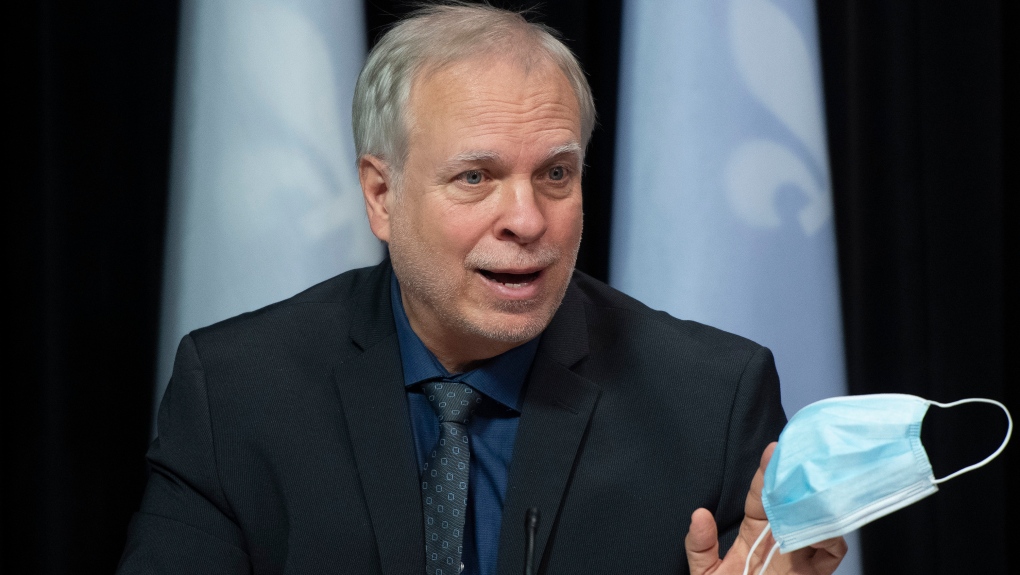 COVID-19 in Quebec: Announcement of the mask mandate to come on Tuesday

Quebecers will find out early this week whether mask requirements for public indoor spaces will be extended beyond April 15, as the province battles a sixth wave of infections.

“We just talked about it an hour ago and he’s finalizing with all the regional health authorities,” Dube said.

The province had hoped to scrap masking in public on April 15, but a resurgent COVID-19 virus, primarily the BA.2 variant, forced public health officials to reconsider.

Infectious disease specialist Dr Matthew Oughton said the decision should come down to whether the benefits of wearing a mask outweigh the harms.

“There’s a lot of scientific data to prove masking works,” he said. “Especially in the current context of many diseases, the benefits are very, very significant and the disadvantages are very negligible. So, in my opinion, it is a simple and very simple decision.”

Across the country, mask mandates have all been lifted or will be lifted later this week.

As of Thursday, Quebec will be the only place in Canada where wearing a mask is mandatory.

Oughton said that despite the contagious subvariant of Omicron, the days of lockdown and shutdown are likely behind us. However, he said, the masks are worth the discomfort they can cause some.

“A lot of what’s driving the current surge in cases in Ontario isn’t so much that it’s BA.2s instead of BA.1s, but it’s the easing of some of these NPIs, including the relaxation of mask requirements,” Oughton said.

Ooughton added that governments should continue to use the tools that have the fewest downsides and the most benefits, like masks and vaccines.

“Right now, if you look at recent headlines, we’re busy shutting down vaccination clinics. That’s the last thing we should be doing,” he said. “We still have almost half of our population needing that third dose and we should really be pushing that as one of the major interventions.”

Opinion: Universities are essential to the reform of the Quebec health system