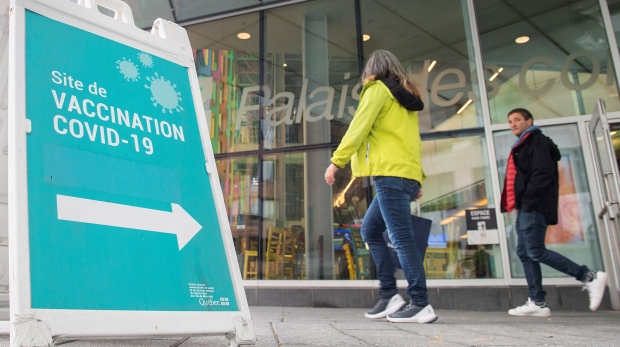 The total number of deaths from the coronavirus is now 11,397 since the start of the pandemic.

The vast majority of the new cases reported on Tuesday were from people who were not fully vaccinated.

The latest figures from the province show that there are 291 people hospitalized after the admission of 25 people and the discharge of 24, resulting in a daily increase of one patient in the past 24 hours.

The majority of people admitted to hospital in the last day (72%) were not fully immunized.

There are 90 people in intensive care, an increase of two from yesterday, and the positivity rate is now 1.9%.

Quebec is monitoring 576 active outbreaks of COVID-19 across the province, the majority of which are in schools, followed by the workplace.

A further 6,775 doses of vaccine were administered in the past 24 hours, bringing the total to 12,954,467 in Quebec. Taking into account the injections that Quebecers received outside the province, the total is 13,147,201 doses.

To date, just under 78% of the entire Quebec population has received one dose of the vaccine, while 73% have received two.

Among the eligible population (people aged 12 and over), vaccination coverage is 89% for one dose and 84% for two doses.

Quebec has confirmed an increase of 254 suspected cases of the Delta variant in the past 24 hours, bringing the total to 20,078.

No new cases of other variants were reported on Tuesday.