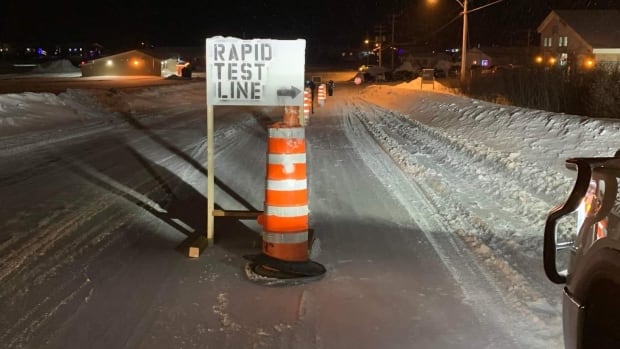 Several Cree communities in northern Quebec are grappling with a sharp increase in COVID-19 cases and community transmission for the first time since the start of the pandemic in 2020.

According to the Cree Board of Health and Social Services of James Bay, figures released last Monday show 519 confirmed positive cases of COVID-19, a jump from the 319 cases reported on December 31 and an increase from 34 cases reported Dec 24. . Of these, 474 cases are still active.

“We are currently in a critical phase,” said Grand Cree Chief Mandy Gull-Masty during an emergency live broadcast on December 31, which brought together representatives of the Cree Nation Government, as well as heads of several entities and community leaders.

To illustrate the speed at which the Omicron variant is spreading, on December 21, the Cree Board of Health reported only 11 active cases in Cree communities, all related to travel outside of Eeyou Istchee, the traditional name. of Cree territory.

It is essential that we really follow the protocols.– Mandy Gull-Masty, Great Cree Chief

â€œIt’s critical that we really follow the protocols,â€ Gull-Masty said in the livestream. â€œIt is a highly contagious disease.

The Cree Board of Health has also confirmed that community spread is now occurring in Eeyou Istchee, meaning a link between the positive cases can no longer be traced.

The race to get ahead of the spread

The board of health carried out rapid tests over the Christmas holidays and many communities have made rapid tests available.

Cree Health also asks anyone who tests positive to help with contact tracing, according to Dr. Colleen Fuller, a public health and preventive medicine physician at the Cree Board of Health and Social Services of James Bay, who also participated in the live broadcast. .

â€œWe now have over a thousand people who have been in contact with a positive person,â€ Fuller said, adding that those who test positive are now urged to take responsibility for contacting anyone they have been in. contact to tell them to isolate immediately and get tested.

As of January 3, there were 1,460 contacts of identified positive cases.

Cree leaders and Cree Public Health have recommended that communities return to the first phase of the Cree Pandemic Plan. The first phase prohibits indoor and outdoor gatherings and prohibits inter-community travel, as well as reduces services to essential services only.

â€œThis is the most important time to stay in our bubbleâ€¦ to stay at home as much as possible to reduce risk and limit exposure time,â€ Cheezo said in the livestream shared Sunday on Facebook.

Eastmain has closed all services except essential services. The band office is closed until January 5 and no one is allowed to leave or enter the community without permission. Returning residents should remain isolated, regardless of their immunization status. The length of the mandatory isolation period for returning residents was unclear and no requests for information were returned. Only essential service workers will be allowed to leave or enter the community.

The start date for elementary, secondary and adult education students has been pushed back to January 12 and will go online from that date until January 26, according to Sarah Pash, president of the Cree School Board. .

Pash said it is important for parents and guardians to truly support young people and children in their lives.

â€œWe have to make sure we pay attention and focus on young people and children and give them hope, love and optimism,â€ Pash said.

“And make sure we continue to share the strength they come from.”

Quebec government wants NHL team to come to capital, but fans are skeptical

Coronavirus: What’s Happening in Canada and Around the World Tuesday