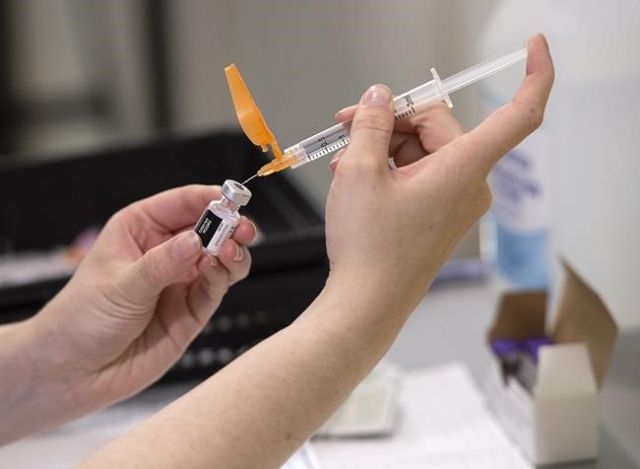 A COVID-19 vaccine is prepared at a clinic in Dartmouth, Nova Scotia, Thursday, June 3, 2021. THE CANADIAN PRESS/Andrew Vaughan

A Quebec court has pushed back unvaccinated caregivers who hoped to obtain an injunction allowing them to enter nursing homes without showing proof of vaccination.

In a decision released Tuesday, Superior Court Judge Christian J. Brossard wrote that without a thorough review of the case, he could not conclude that the restriction on unvaccinated caregivers is causing the public more harm than good. .

A Montreal lawyer represented about 80 caregivers and residents who want Quebec to move from requiring caregivers to show proof of vaccination to accepting a negative test result within 72 hours of when they want to enter an institution.

Natalia Manole had argued in court last week that vulnerable residents are suffering without access to caregivers and that while unvaccinated health workers can work in the same facilities provided they test negative, people caring for their relatives should enjoy the same right.

In its decision, Brossard said it must respect the presumption that the government is acting in the public interest with its health measures related to COVID-19, despite the serious concerns raised by the plaintiffs.

The judge wrote that it was not for the court to interfere in the government’s “analysis, evaluation and decision-making process” and that it was the government’s job to strike a balance between public interest and those whose physical health, well-being and mental health depends on caregivers.

“At this preliminary and summary stage of the proceedings, the court is unable to conclude that the approach taken by the government is irrelevant to the public good … whether for the population in general or for the beneficiaries in particular, would be better served by suspending the provision at stake and suspending the requirement for proof of vaccination for caregivers,” he wrote.

The judge said “only an exhaustive substantive argument, based on full evidence, will decide.”

Manole said in an email that she would study the judgment to see if she would appeal.

Brossard said he hoped the epidemiological situation in the province would improve, which he said would allow authorities to restore access to health facilities to all caregivers.

He also suggested “with good will”, that carers who are not vaccinated strictly by personal choice should “calmly, but diligently” re-evaluate their decision and its effects on the people they care for.

Brossard said a full hearing on the merits should take place quickly.