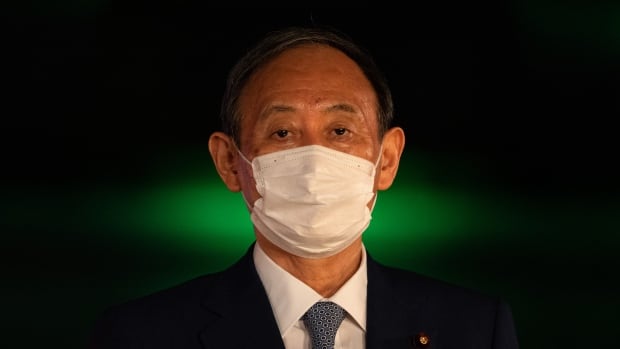 Coronavirus: What’s Happening in Canada and Around the World on Wednesday

Japan extended its coronavirus state of emergency for a second week in a row on Wednesday, adding eight more prefectures as an increase in infections fueled by the delta variant puts pressure on the country’s health system.

“In order to protect people’s lives, the priority is to maintain the health system,” Prime Minister Yoshihide Suga said, announcing the emergency. “In order to overcome this crisis caused by the delta strain, I ask for everyone’s cooperation.”

Japan’s state of emergency is based on requiring restaurants to close at 8 p.m. and not serve alcohol, but the measures are increasingly challenged. Inapplicable social distancing and telecommuting demands for the public and their employers are also largely ignored due to growing complacency.

The Japanese capital has been in a state of emergency since July 12, but new daily cases have more than increased tenfold since then, reaching around 5,000 in Tokyo and 25,000 nationwide. Hospital beds fill up quickly and many people now have to recuperate at home, including some who need extra oxygen.

The government has come under fire for hosting the Tokyo Olympics and Paralympics this summer despite strong public opposition. Officials deny any direct link between the games and the spike in infections.

More than 35,000 patients in Tokyo are recovering at home, about a third of whom could not immediately find a vacant hospital or hotel. According to experts, only a small percentage of hospitals welcome patients infected with the virus, either for financial reasons or because they lack the capacity to treat infections.

Japan has weathered the pandemic better than many other countries, with around 15,600 deaths in the country since the start, but its vaccination efforts have lagged behind other wealthy countries. About 40% of the population has been fully immunized, mostly older people.

Rising infections among schoolchildren and teens could accelerate the outbreak as they start returning to school after summer break, said Dr Shigeru Omi, the government’s senior medical adviser. He suggested schools cut back and urged high schools and colleges to return to online classes.

“Infections in Tokyo show no signs of slowing down, and the extremely strict medical systems will continue for some time,” he said in a parliamentary session on Wednesday.

–From The Associated Press, latest update 7:05 am ET

What is happening in Canada

Health officials across the country are trying to keep COVID-19 cases under control and several provinces, including British Columbia, Manitoba and Quebec, are reinstating mask warrants for indoor public spaces and wards. class. 2:17

As of Wednesday morning, more than 213.2 million cases of COVID-19 had been reported worldwide, according to Johns Hopkins University. The death toll worldwide was over 4.4 million.

In the Americas, Jamaican officials are calling on doctors and nurses – including those who have retired – to help them as the country faces increasing pressure from COVID-19 patients.

“With the upsurge in COVID-19 cases and hospitalizations, the Jamaican healthcare system needs your support as we navigate this pandemic,” Prime Minister Andrew Holness said. said on Twitter.

The United States could get COVID-19 under control by early next year if vaccinations ramp up, Dr Anthony Fauci said this week, after Pfizer obtained full FDA approval for its vaccine, with further potential approvals to come in the coming weeks.

In the Asia Pacific region, South Korea has reported 2,155 new cases of the coronavirus, almost matching a record daily increase set earlier this month amid an alarming spread of infections. With Wednesday’s report, the country has counted more than 1,000 new cases for 50 consecutive days, including a record 2,221 on August 11.

Pakistan reported 141 deaths from COVID-19 on Wednesday, one of its highest tally since May. According to Pakistan’s National Command and Operations Center, more than 4,000 new coronavirus infections have also been reported in the past 24 hours.

Meanwhile, Switzerland is hit by a fourth wave with a “very worrying” increase in infections, the head of the government’s crisis team at the Federal Office of Public Health has said.