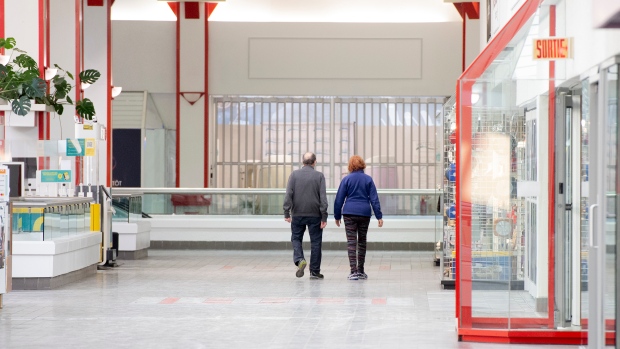 MONTREAL — Businesses in Quebec are reopening on Sundays, after being forced to close on January 2, 9 and 16.

This ends a measure, among others, that had been put in place to try to limit the meteoric number of hospitalizations linked to COVID-19 fueled by the Omicron variant.

Ten days ago, Prime Minister François Legault said he hoped to be able to announce the reopening of the dining rooms of restaurants, theaters and cinemas, among others, in the weeks to come.

The amateur sports community is also eagerly awaiting the reopening of its facilities and leagues.

The situation continues to improve slightly in Quebec hospitals.

According to data released Saturday by the Ministry of Health, the number of hospitalizations due to COVID-19 rose from 3,351 to 3,295 in the space of 24 hours. However, there were 275 people in intensive care, 10 more than the day before.

While many expect a relaxation of sanitary measures as the fifth wave of the new coronavirus fades in the coming weeks, the City of Quebec is still preparing to tighten the screw on those who are not vaccinated.

As of Monday, the vaccination passport will become compulsory to access big-box stores, the area of ​​which is greater than 1,500 square meters, except for those whose main activity is the sale of groceries or pharmacy products.

The vaccination passport is already required in alcohol and cannabis stores in the province.

The Legault government is also considering imposing a “health tax” on unvaccinated people, but the prime minister has said there will be a debate in the National Assembly on this issue before this is implemented.

The bill could be tabled as early as next month.

— This report from The Canadian Press was first published in French on January 23, 2022.

United States: Non-Americans must be fully vaccinated at the land border