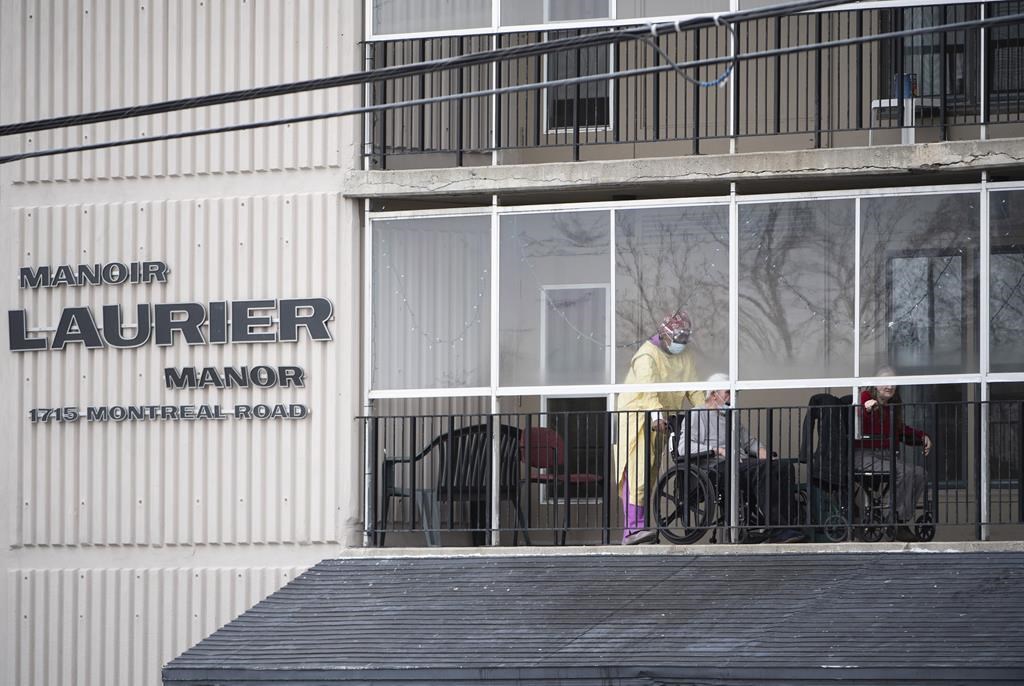 MONTREAL _ Former owners of a long-term care home where dozens of people died from COVID-19 at the start of the pandemic have refused to fully cooperate with local health authorities and have threatened not to pay workers who were coming to the residence at the government residence request, a Quebec coroner’s inquest was heard on Tuesday.

Lynne McVey, head of the West Montreal Regional Health Authority, testified that the situation culminated when she called the police early on April 11, 2020 after learning that 31 people had died at the Herron Residence since. mid-March – not the 13 listed in the official list. government reports.

â€œThe worry I had at the time was, ‘What don’t we know? What other information do we not know in this situation that we will find out? “McVey said at the inquest.

McVey said when three managers were dispatched to the private Dorval facility in the suburbs of Montreal on the evening of March 29, they found only the owner, the owner’s spouse and a member of staff on the scene to looking after more than 130 residents.

â€œIt was very disturbing, and we had evidence in this private (long-term care home) that there had been no food given to the patients since noon, they had not been changed. The ground was sticky, â€she said.

She testified that the facility was placed under guardianship the next day due to understaffing, but the health authority struggled to get crucial information from the owners.

She said that in the days that followed, employees reported that the owners of Herron had called them and told them not to come to work. She said the owners also said they would not pay workers at a recruitment agency who showed up at the home at the request of the health authority.

When asked why it took so long to call the police, McVey said it took until April 10 to get the keys to all rooms in the building, along with a full list names and numbers of staff, patients and their families.

Forty-seven people have died in Herron, and a report commissioned by the provincial government accused the owners of “organizational negligence” that prevented residents’ needs from being met as the pandemic struck in the spring of 2020.

Coroner Gehane Kamel is investigating pandemic deaths at seven senior residences and long-term care homes across Quebec, but part of the Herron hearings were suspended earlier this year as prosecutors decided to wear charges against former owners. The Quebec prosecutor’s office announced last month that the evidence in the case did not meet the bar on criminal charges.

Testimony presented to Kamel on Tuesday painted a picture of confusion and miscommunication among health officials, who were initially unsure who was responsible for what.

The head of the Montreal public health department defended taking several days to order the health authority to take control of Herron, saying he was not initially told the owners were not fully cooperating.

Dr. MylÃ¨ne Drouin testified that she did not learn until April 7, 2020 that the owners still had not returned the residents’ medical records.

“Then I understood that the problems were not only the management of the epidemic, but also a lot more with human resources, the administration,” she said.

Drouin said she was first made aware of the situation unfolding in Herron on April 3, but was first made to believe the situation was under control and the needs of the residents. were satisfied. She said she issued an official directive on April 7 after learning about the extent of the problems at the home.

“We are therefore of the opinion that there is a real threat to the health of residents of the private CHSLD Herron and that there is an urgent need to put in place the necessary measures to remedy this situation”, we can read.

McVey later said she initially believed greater powers would come from the provincial health ministry, not Drouin’s office. She also acknowledged that there were communication issues that may have confused the owners of Herron, but insisted that “the collaboration was not there”.

In her opening remarks, Coroner Gehane Kamel said it was not up to her to determine criminal or civil liability but rather to “shed light” on the 47 deaths that occurred at the home.

â€œThe loss of human life, when you understand that death could have been avoided, remains a tragedy for loved ones and society,â€ she said. “But the deplorable and shocking conditions surrounding this loss are also elements that can and should be taken into account in the ongoing investigation and possible recommendations.”

Hearings on Herron will hear from dozens of witnesses and are expected to last at least until September 19. Former Herron co-owner Samantha Chowieri is expected to testify later in the investigation.

This report by The Canadian Press was first published on September 7, 2021.