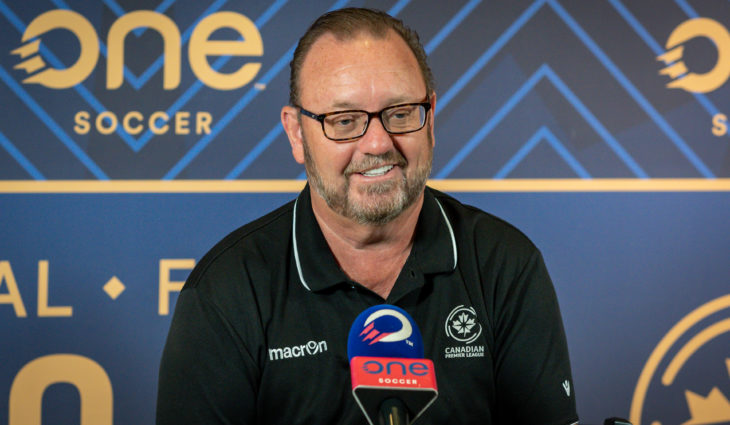 CanPL “should have teams” in Quebec – Canadian Premier League

Recently returning from the game in Edmonton, Clanachan shared his thoughts on the importance of Canada’s success in international football this year and how it could affect CPL and the game as a whole in this country.

â€œWe really have a north star to point all of our players to,â€ he said. â€œWe’ve said it from day one, we want to develop Canadian talentâ€¦ That, to me, confirms exactly why we need to keep doing what we’re doing.

Clanachan went on to speak about the current CPL season, which will kick off the 2021 qualifiers next weekend with Cavalry FC v Pacific FC and Forge FC v York United.

Additionally, following last week’s announcement that the league will be expansion to Vancouver, Clanachan responded to a question about why CPL has yet to bring a club to the province of Quebec.

â€œI don’t think we can call ourselves, really, a Canadian league from coast to coast without representation in Quebec,â€ said Clanachan. â€œQuebec is one of the top three provinces in the country for football, we know that. We have a lot of big cities in Quebec, but the two that immediately come to mind when you say the province of Quebec, people think of Quebec and Montreal. We should have teams there, there is no conspiracy at all. “

He added that for expansion in the province to happen, there must be a voluntary ownership group.

â€œThere are two things to answer,â€ Clanachan added. â€œYou have to have an owner or a group of owners stand up and say, ‘We’re ready to fund this club, because we want to do it for all the right reasons, both economically and for the game itself. ‘ We also need a place to play. And those are the two things. Other than that, everything else comes pretty quickly, but we’re not there yet. We’ve had interest in it. stranger, but it does not happen so quickly.

â€œWe also need it for the young people of Quebec who play the game. Because not everyone wants to leave their province and go play on the other side of the country. There are so many good players in Quebec, we need that too.

Clanachan then discussed his philosophy on CPL stadiums, as well as how he hopes clubs can inspire local communities.

To listen to the full interview with Commissioner David Clanachan on TSN 690 Montreal, Click here (interview starts in 27 minutes)