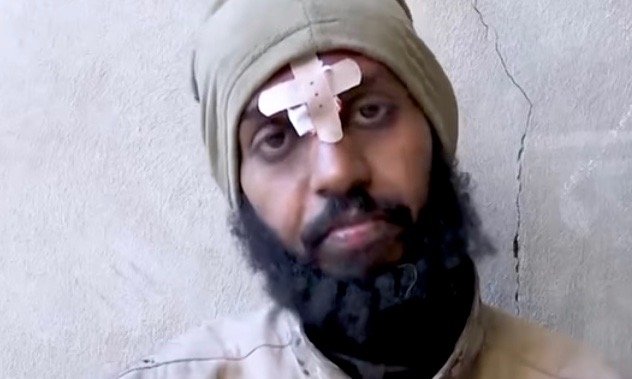 Canadian who became ‘voice of ISIS’ pleads guilty, admits to carrying out executions

On Friday, a Toronto man known as the voice of ISIS pleaded guilty to terrorism, admitting in a U.S. court to executing two Syrian soldiers.

In a statement, the US Department of Justice said the 38-year-old Canadian had confessed to carrying out executions for ISIS on two separate occasions.

The killings were shown in ISIS’s Flames of War and Flames of War 2 propaganda videos, which Khalifa recounted, the statement said.

Also known as Abu Ridwan Al-Kanadi, Khalifa was captured in Syria in 2019, but the Canadian government has refused to repatriate Canadian ISIS members to stand trial.

Instead, the FBI took him away from Kurdish fighters in October and took him to Virginia to face charges.

The former Toronto computer scientist is the most senior Canadian ISIS figure to be brought to justice to date. He held “leading roles” within ISIS between 2013 and 2019, the US Department of Justice said.

â€œIn addition to serving as a fighter and executing two Syrian soldiers on behalf of ISIS, Khalifa served as the lead translator in ISIS’s propaganda production and as the English-speaking narrator on several ISIS videos. “, did he declare.

Khalifa first gained attention in 2014, when ISIS released an execution video narrated with a distinctly Canadian accent. The same voice was then heard in ISIS propaganda claiming responsibility for the attacks in Paris and the United States.

The RCMP launched an investigation in 2017, after the U.S. military found documents in Raqqah, Syria, identifying it by its nom de guerre.

The case was closed because the RCMP could not determine her identity, but it resumed after her capture during the collapse of ISIS in Syria in January 2019.

To verify that he was ISIS’s much sought-after voice, the RCMP interviewed his family in Toronto and asked an audio forensic expert to compare his voice with that heard in ISIS propaganda. The voices were deemed to be identical.

RCMP also seized tapes of a Global News interview with Khalifa in Syria. In the interview, Khalifa confirmed that he voiced the video and audio releases while working for ISIS’s media department.

As Global News battled the seizure of its research documents in court, arguing that RCMP investigators could question Khalifa themselves, an Ontario judge ruled Syria was too dangerous for police.

“I am not convinced that the local government and the security forces were able to protect them,” the judge wrote, ordering Global News to turn over his tapes.

Despite the RCMP investigation, two and a half years after Khalifa’s capture, Canada had taken no action to send him home to be charged and the United States took over the case instead.

According to the US Department of Justice statement, Khalifa admitted not only to having recounted 15 ISIS videos, but also to participating in the killings they described.

Two of the videos “include scenes of Khalifa executing another Syrian soldier,” the statement said.

In the videos, Khalifa wore a mask as he spoke to the camera, US prosecutors said. He “is then seen executing a kneeling Syrian soldier while other masked ISIS operatives also shoot at the prisoners kneeling in front of each of them.”

Bill 16 has been tabled