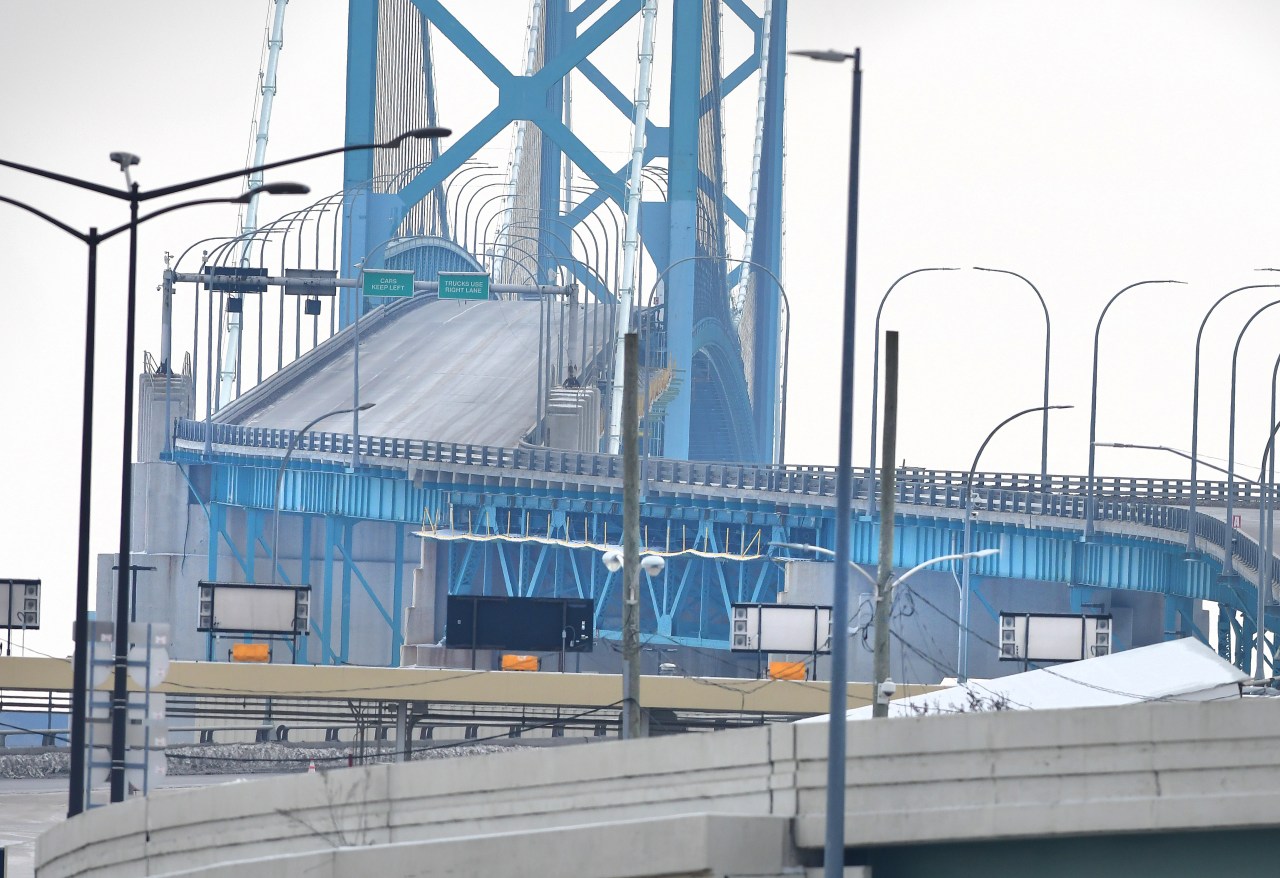 TORONTO (AP) — A rapidly growing list of Canadian provinces moved to lift their COVID-19 restrictions as protesters denouncing the measures kept up the pressure with truck blockades Wednesday in the capital and at major U.S. border crossings, including including the economically vital bridge to Detroit.

Alberta, Saskatchewan, Quebec and Prince Edward Island this week announced plans to roll back some or all precautions, with Alberta, Canada’s most conservative province, immediately ditching its passport vaccination for places such as restaurants and getting rid of masks at the end of the month. .

Protesters have been blocking the border crossing in Coutts, Alberta for more than a week and a half. About 50 trucks remained there on Wednesday.

And a blockade by people mostly in pickup trucks entered its third day at the Ambassador Bridge between Detroit and Windsor, Ont. Traffic was blocked from entering Canada, while some US-bound traffic was still moving.

The bridge carries 25% of all trade between Canada and the United States, and Canadian lawmakers have expressed growing concern about the economic effects.

Windsor Mayor Drew Dilkens said police did not turn people away for fear of escalating the situation and causing a bigger protest, but added: ‘We are not going to let that happen for an extended period.”

Police said the demonstration involved 50 to 74 vehicles and around 100 protesters. Some of the protesters say they are ready to die for their cause, according to the mayor.

“I’ll be brutally honest: you try to have a rational conversation and not everyone on the pitch is a rational actor,” Dilkens said. “Police are doing the right thing by taking a moderate approach, trying to work reasonably in this situation where everyone can walk away, no one gets hurt and the bridge can open.”

At a press conference in Ottawa that excluded mainstream news outlets, Benjamin Dichter, one of the protest organizers, said: “I think the government and the media are grossly underestimating the determination and the patience of truckers.”

Some demonstrators are protesting a rule that came into effect Jan. 15 requiring truckers entering Canada to be fully immune to the coronavirus. But the protests have also encompassed grievances over masks and other COVID-19 restrictions and a hatred of Trudeau.

Protesters called for the impeachment of his government, although most of the restrictive measures were put in place by provincial governments.

Pandemic restrictions have been much stricter in Canada than in the United States, but Canadians have largely supported them. Canada’s COVID-19 death rate is one-third that of the United States

“We are all tired, yes, we are all frustrated, but we continue to be there for each other. We continue to know that scientific and public health rules and advice are the best way to get through this pandemic,” Trudeau said on Parliament Hill in Ottawa.

Ontario, Canada’s largest province with nearly 40% of the country’s population, is sticking to what it calls a “very cautious” stance on the pandemic and intends to adopt a phased approach to lifting restrictions.

“We do not currently intend to abandon the situation of vaccination or masking of passports. We believe masking is going to be important for some time to come,” said Ontario Deputy Premier and Minister of Health Christine Elliott.

The latest wave of COVID-19 fueled by the highly contagious omicron variant has peaked in Canada, which is one of the most vaccinated countries in the world. More than 84% received at least one dose.

Despite Alberta’s plans to roll back public health measures, the protest continued.

“We are here for the overview. It started with the border, it started with Trudeau, and until Trudeau moves, we don’t move,” said John Vanreeuwyk, a feedlot operator from Coaldale, Alta.

About 90% of truckers in Canada are vaccinated, and trucking associations and many large truck operators have denounced the protests. The United States has the same vaccination rule for truckers entering the country, so it wouldn’t make a difference if Trudeau lifted the restriction.

The standoff in Alberta has stranded cross-border travelers and truckers, disrupted millions of dollars in trade, and hampered access to basic goods and medical services for area residents.

“We’ve got guys here – they’ve lost everything because of these warrants and they’re not giving up and they’re ready to hold on and keep going until it’s done,” Vanreeuwyk said.

Garrett Buchanan drove 10 hours from High Prairie in northern Alberta to join the protest and said he would stay until their demands were met.

“Yeah – until the warrants are dropped, and if they can work to get (Trudeau) out, I would stay longer for that too,” he said.