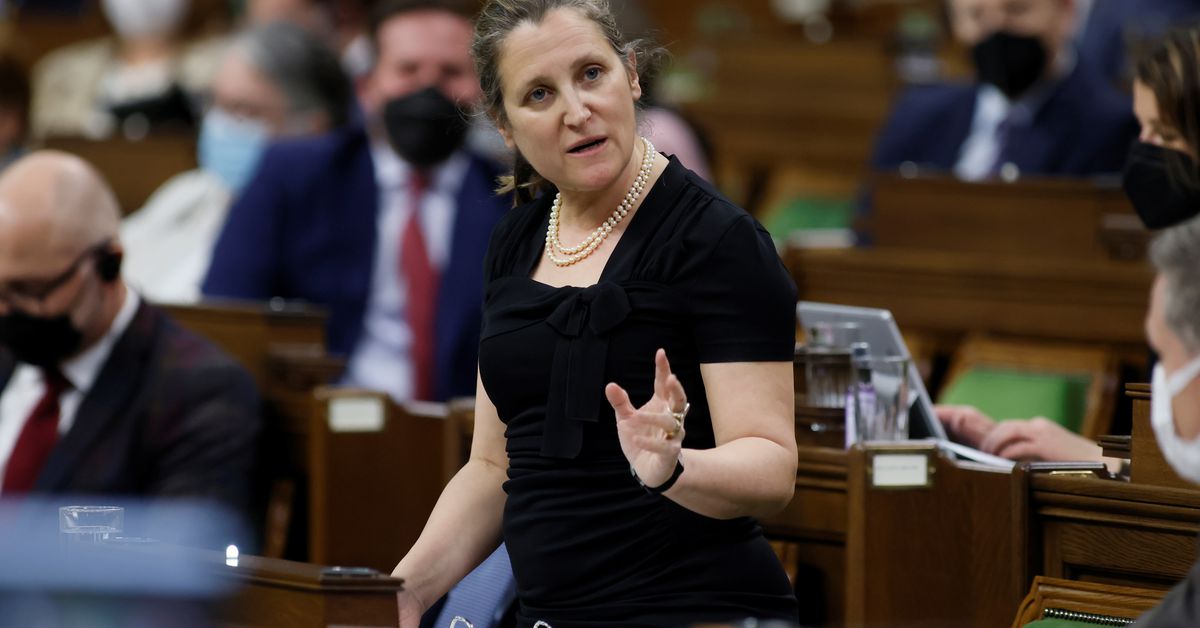 “We are seeing more and more people in public life and people in positions of responsibility, especially women, racialized Canadians, people from minorities or different community groups, being targeted almost because of force. increasing your voices,” Trudeau said in a speech on Sunday. .

In video of the incident shared on Twitter Friday night, Freeland was approaching the elevator of a city hall building in Grande Prairie, Alta., when a man yelled at him.

“What the hell are you doing in Alberta?” the man said as Freeland walked to the elevator and entered. He also called her a “traitor” and a “fucking bitch”. The video has had hundreds of thousands of views.

Freeland was born in Alberta and was touring the province meeting with government officials, businesses and workers.

She acknowledged the incident in a tweet on Saturday. “What happened yesterday was wrong. No one, anywhere should have to put up with threats and intimidation,” Freeland wrote on Twitter.

Canadian politicians from all political walks of life also condemned the verbal attack.

The incident was the latest in a series of verbal attacks against women in public life in Canada, including activists and journalists.

For weeks now, a group of journalists have been publicly sharing a series of private, anonymous emails they received that contain targeted threats of violence and sexual assault, as well as racist and misogynistic language.

Reporting by Kanishka Singh in Washington Editing by Alistair Bell