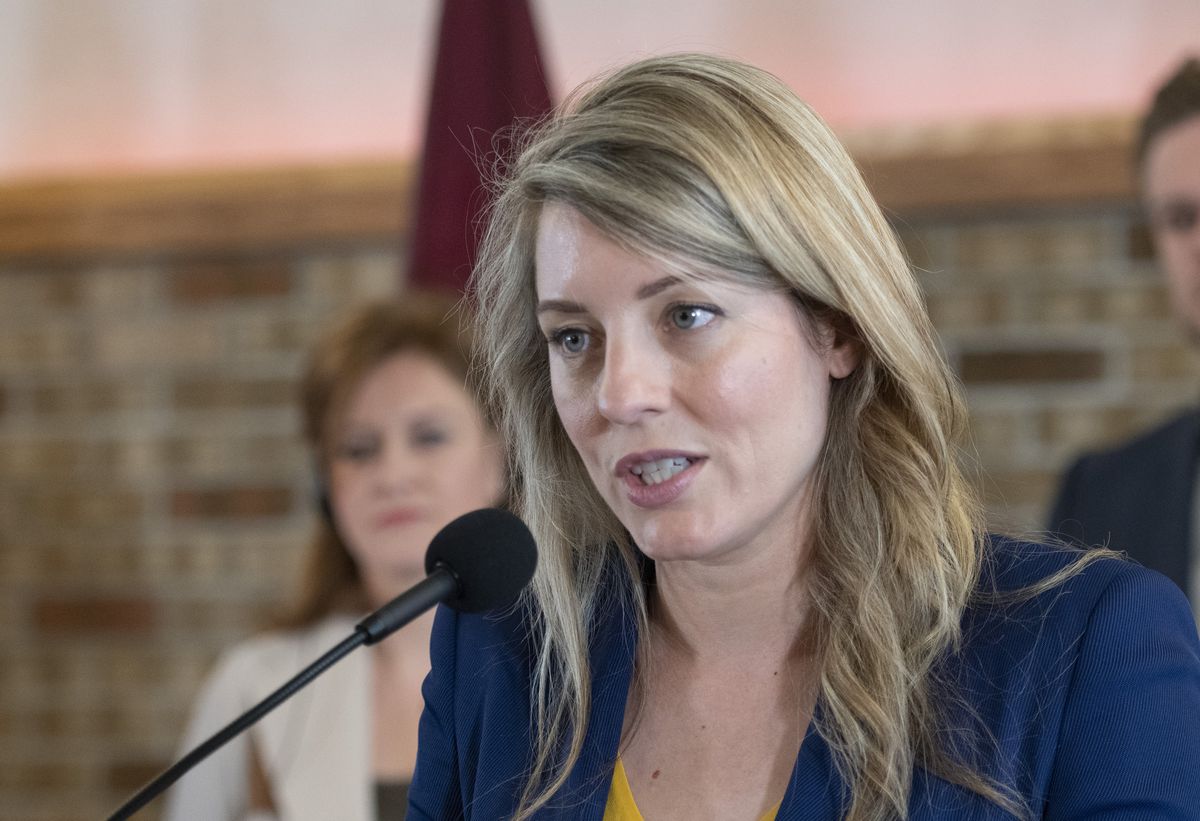 Foreign Affairs Minister Melanie Joly said Canada is more resolute than ever in its support for Ukraine as its war with Russia continues after 100 days.

In an interview with The Canadian Press, she said Canada would continue to provide arms and other aid while pressuring Russia with new rounds of sanctions.

“Our goal is to make sure we exert maximum pressure on Putin’s regime,” she said.

Canada was inspired by Ukraine’s resolute defense of its country, she said, and will continue to support the beleaguered country as the war reaches its “third phase”.

“The will that Ukrainians have shown is incredible and inspiring,” she said. “Nobody thought that Ukraine, at the beginning of the war, would be able to fight back the way it did, and continues to fight back and it does not back down.”

After talks with counterparts from Lithuania, Latvia and Estonia in Quebec City, Joly confirmed Friday that Canada has increased the deployment of Canadian troops in Latvia, which borders Russia.

The intention to strengthen the Canadian Forces in the Baltic countries was announced by the Prime Minister in February. Canada leads a multinational NATO battlegroup in Latvia, one of four in the Baltic states and Poland, designed to deter a Russian attack.

“We had 700 troops and we are increasing that now to 450,” Joly said. “We are now 1,300 soldiers in Latvia. We have also increased our presence by ensuring that there is another frigate in the Baltic Sea.

Joly said Canada was also preparing to “put 3,400 troops on standby for NATO.”

She said Canada was playing a key diplomatic role in supporting Ukraine to “maintain strong unity” with the United States, European Union and other allies.

US President Joe Biden said this week he would provide Ukraine with longer-range rocket systems, while Germany promised to send an air defense system.

Joly said it was “important that the United States send…heavy weapons this week” and that Canada would also send more weapons.

She said she had held talks with the UN, EU and G7 on a possible diplomatic solution to help Ukraine move millions of tonnes of grain out of its port of Odessa, which is blocked by Russia.

Countries in Africa and the Middle East that depend on Ukrainian wheat as a staple food are facing hunger, the United Nations World Food Program has warned.

Joly said Ukraine must “be comfortable with the diplomatic solution because its own security must be ensured”.

She said Canada was ready to send ships to Romanian ports to ship the grain and to support its transportation by rail and barge to neighboring European countries.

“Because they are on the border of Russia, they understand and feel the threat Russia poses every day,” Joly said.