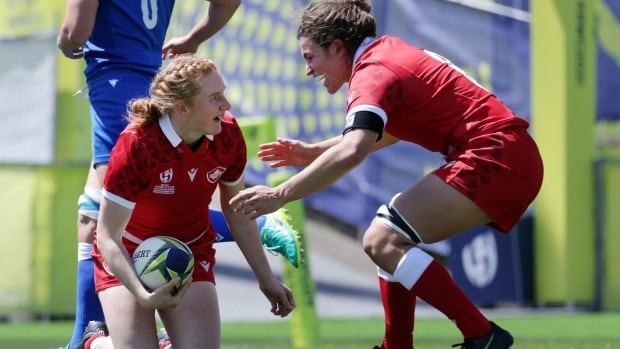 Hooker Emily Tuttosi scored two tries to help Canada beat Italy 22-12 on Saturday for a second successive victory and a place in the quarter-finals of the Women’s Rugby World Cup in Auckland, New Zealand.

After conceding a try in the first minute, the Canadians scored 22 straight points for a second straight bonus points win (for four tries scored in a game). Tuttosi, who usually sits in the back of Canada’s mighty driving maul, has five tries in two games at the tournament.

A victory over the United States next Saturday in Auckland would ensure Canada finish top of the group, which could mean a more favorable draw in the quarter-finals. The Canadians could also finish first with a loss of bonus points (for losing by seven points or less).

The first two from each of the three groups and the two best third-placed qualify for the quarter-finals. With the first tiebreaker going to the winner of the match between the two tied teams, Canada can only finish second in the group as they beat Italy.

“We came here wanting to win the World Cup and the first step is to get wins and bonus points. And we managed to do that in our first two games in this pool against really tough opposition,” said Canadian captain Sophie de Goede. , who had another remarkable game.