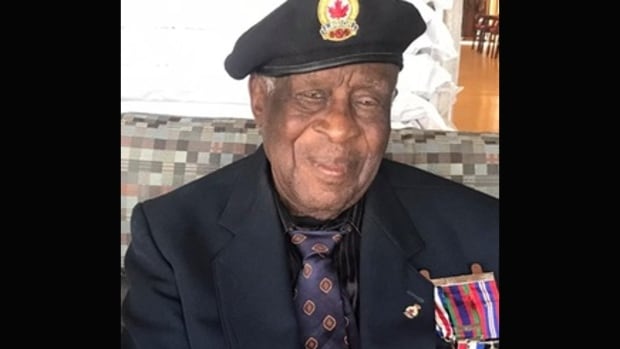 A Cape Breton veteran is remembered as someone who lifted his community but wanted little acclaim for his hard work.

Lemuel Marcus Skeete’s family believe he was the last surviving African Nova Scotian veteran of World War II. During his active service, he was a military mechanic and worked on heavy machinery.

He died at his seniors’ residence on Sunday, just months after his 100th birthday in August.

Darcy Skeete says her father said very little about his experience in the war or what he saw.

“Everything we’ve learned, we’ve learned in other ways and I don’t know if it’s just something he just didn’t want to talk about – every time we brought up the subject he snuck up. sort of took it away from it to be honest, I knew he had served in Holland and he spoke very well about the people of that area and his time there.

Lem Skeete was born in Donkin and later moved to his wife’s hometown of Whitney Pier, where he has devoted much of his life to improving the Sydney neighborhood.

Whitney Pier was once considered one of the most ethnically diverse communities in the Maritimes after welcoming thousands of immigrants who worked in the region’s former steel and coal mines.

After returning from the war, Skeete worked at the Sydney Steelworks and later joined several local garages before opening his own mechanical workshop late in life.

“He was a very honest person,” Skeete said of his father. “He went out of his way to help people, to try to save them money. He didn’t like anybody being taken advantage of or anything like that.”

Skeete was well known for his community involvement after founding a child care center in Whitney Pier to help working mothers. He was instrumental in establishing after-school youth programs and a community softball league.

He was also a member of several cultural associations and black volunteer groups. He helped start the non-profit housing society Whitney Pier, which built affordable homes in the area. Over the years, he has received the Tom Miller Human Rights Award from the Cape Breton Regional Municipality and received an honorary degree from the Nova Scotia Community College.

A neighbor in the Whitney Pier community of Skeete, Iris Crawford, said her impact will continue to be felt for many years to come.

“A great activist for our black community — he did more for people than people really knew,” Crawford said. “As far as I’m concerned, our community has lost a great leader. He was an icon and you know he will be missed. Our community was a much better place because of him.”

Skeete leaves behind his wife of 72 years and three sons.

Veterans Affairs in Ottawa says there are only 25,500 living veterans in Canada who served in World War II or the Korean War.