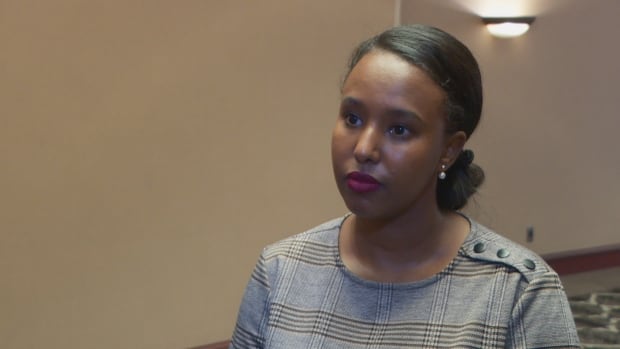 Senators hear about the many ways black and Muslim women in Edmonton face discrimination, as the Senate Human Rights Committee stops at some Canadian cities hardest hit by Islamophobia.

“When you identify yourself and feel that pain on a daily basis, it’s like you’re excluded and you feel isolated and you don’t belong in any community,” Nur told CBC News, after his presentation.

The committee’s hearings were born out of the alarming rise of Islamophobia in Canada, said Senator Salma Ataullahjan, chair of the committee.

“The only thing we find out is that it’s really bad for Muslim women,” Ataullahjan said on the CBC Radio show. Edmonton AM.

“We’re going to look at gender-based Islamophobia, and if you’re black and Muslim, your experiences are worse.”

Black Muslim women have been the target of a series of verbal and physical attacks in Edmonton over the past few years.

One of the victims said Edmonton police initially discouraged her from filing a report, an allegation Nur reported to the committee on Thursday.

Nur said black Muslim women need to be heard because they have been largely excluded from consultations to address violence.

“Black Muslim women need a space where they can add and contribute,” Nur said.

“I don’t see anyone here who is directly from this community.”

British Columbia Senator Mobina Jaffer was shocked by what she heard about the Edmonton police and said the committee would follow up.

“To hear from the community that they had very little support from the police, that shocked me,” Jaffer said. “That’s not the image I have of our police.”

CBC News contacted the Edmonton Police Department for comment, but did not immediately respond.

On Wednesday, Senate committee members heard from Muslims and scholars in Vancouver. They will visit Quebec and Toronto in the coming weeks.

Their findings will form the basis of a report that will provide recommendations to the federal government on how to combat Islamophobia.