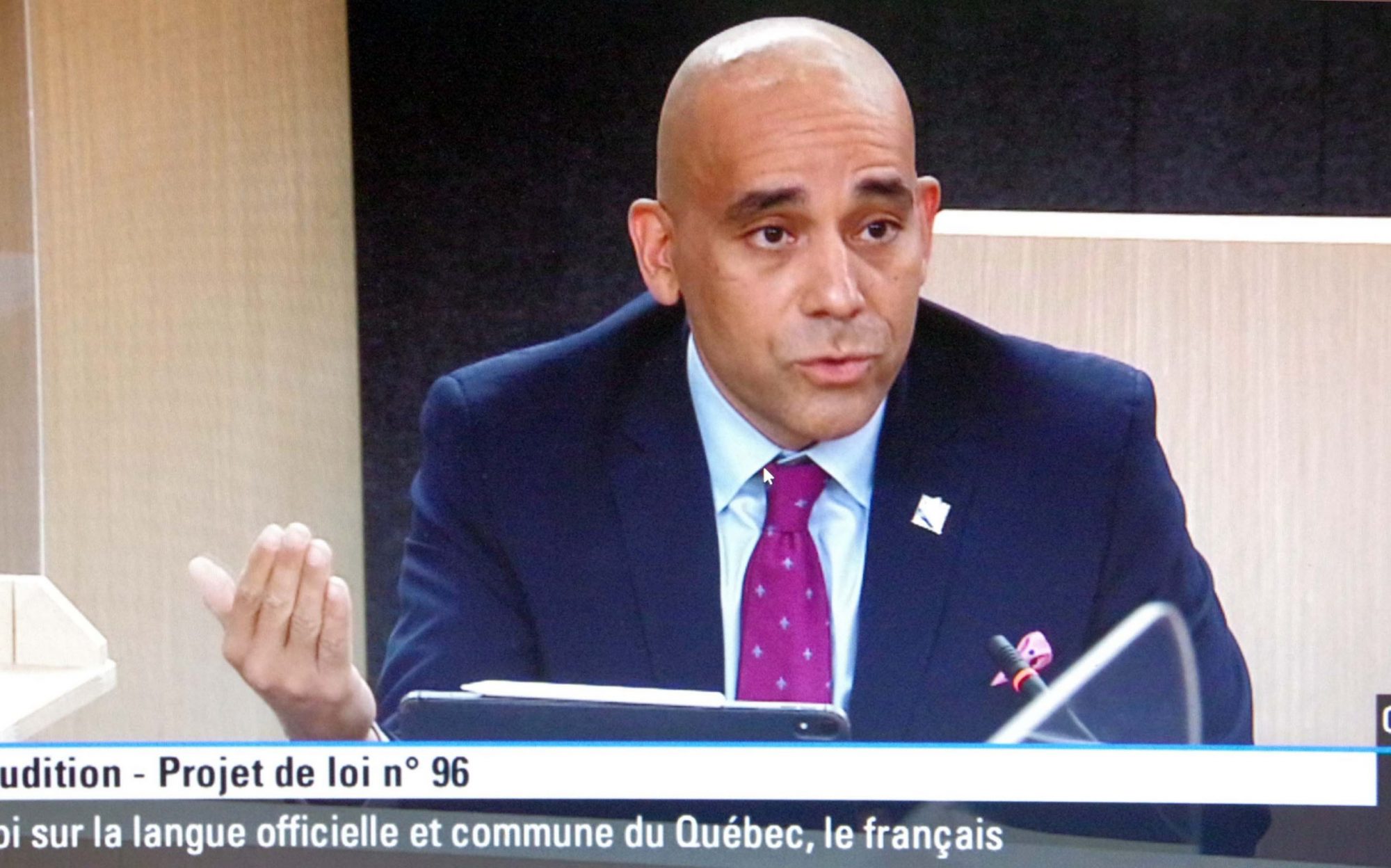 Bill 96 should be dropped “in its entirety,” says Quebec Community Groups Network


The new language law “will change Quebec, and not for the better,” says QCGN in a scathing brief

In a brief presented last week to the National Assembly committee working on the provincial government’s Bill 96 aimed at strengthening Quebec’s linguistic rules, the Quebec Community Groups Network said that while the French language in Quebec “can and must be protected â€, Bill 96 is not the way to go about it.

“Out of date and odious”

â€œIts measures are based on obsolete and odious approaches to enforce the use of the French language. This will create barriers and mistrust. It upsets a social and linguistic peace that has lasted for decades. And it sends a signal to speakers of other languages:

“Regardless of their degree of integration into Quebec society or their willingness to speak French in the public space, speakers of other languages â€‹â€‹are not fully” members “of Quebec society,” the statement continued. â€œLike Bill 21, it reshapes Quebec law and society to create clearâ€œ insiders â€andâ€œ outsiders â€. And at the same time, it takes away the protection of basic human rights from everyone. “

More fundamentally, Jennings and the QCGN argue that Bill 96 has an entirely different objective, namely “the reshaping of the Quebec state and the abandonment of liberal constitutional democracy”.

They said the use of constitutional human rights waivers (clauses notwithstanding) effectively dismantles human rights protections that have been in place for 45 years.

â€œIt expands the power of the National Assembly – and the ruling government – and removes the role of the judiciary in reviewing laws to make them consistent with the Constitution. It increases and centralizes executive power and control over the public and private sectors.

â€œThese changes are a serious and major concern for democratic governance in Quebec and should worry all Quebecers. Bill 96 will change Quebec, and not for the better.

The QCGN’s number one recommendation is that Bill 96 be withdrawn â€œin its entiretyâ€. If the bill is not completely withdrawn, they say it should be revised and include changes such as these:

Sainte-Rose CAQ MP Christopher Skeete (who is parliamentary assistant to the Prime Minister for relations with English-speaking Quebecers) asked Jennings if the QCGN agreed with Bill 101, which was passed. by the government of the Parti QuÃ©bÃ©cois in 1977 and constitutes the basis of the linguistic laws in force.

â€œDoes the QCGN accept that this law was necessary for the survival of French in North America? He asked. â€œThe QCGN is a defender of the French language,â€ replied Jennings. Skeete interrupted, insisting that he be answered with yes or no, “because there are a lot of defenders of the French language, but they are not all for Bill 101,” he said. .

Jennings replied, â€œYes, the QCGN agrees with Bill 101, in the sense that we believe it has had positive influences, and we believe it has not been used to 100%. hundred. So, we ask the question why Bill 96, given the fact that there are a lot of things in Bill 101 that are never used.

Skeete continued: “Why then, if the QCGN accepts the concepts of Bill 101, would it want to allow, for example, the schooling of people from Great Britain, Australia and India in the public school system?” as English speakers or receive documents in English? Why does the QCGN, if it accepts Bill 101, not want the integration in French of newcomers to Quebec?

In response, Jennings said she did not understand the question. As Skeete rephrased it, Lise ThÃ©riault, chair of the Committee on Culture and Education, who carefully monitored the time allotted to each participant, said Skeete’s time was up and Jennings was interrupted. before she can answer.

Quebec to fight against the sexual exploitation of children with an additional $ 19 million; the ex-victim offers ideas