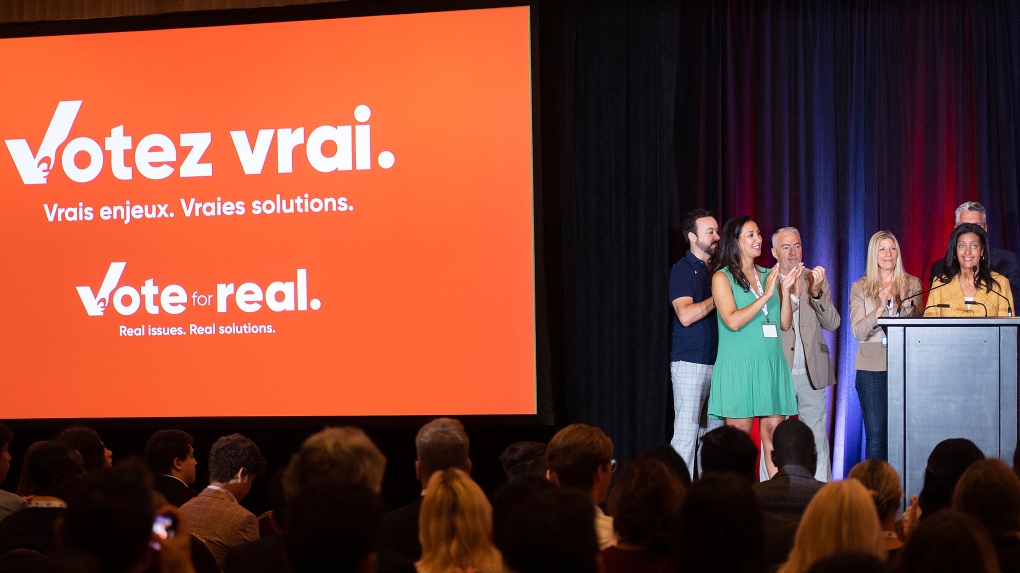 “Real issues, real solutions” will be the new slogan of the Quebec Liberal Party (PLQ) for the October 3 election.

The slogan was announced on Saturday by party leader Dominique Anglade during her opening speech at the 40th PLQ youth congress.

“Real issues, real solutions” will be the new slogan of the Quebec Liberal Party (PLQ) for the October 3 election.

The slogan was announced on Saturday by party leader Dominique Anglade during her opening speech at the 40th PLQ youth congress.

The wing took the opportunity to adopt a series of resolutions, including one calling on the party to “reconsider the obligation imposed in Bill 96 on non-French-speaking students in English-speaking CEGEPs to take three courses in French”.

They also want the expansion of Dawson College in Montreal to be put back on track.

Anglade also pointed to the exhaustion of the health system, which has been undermined by years of the pandemic.

“Our health care system has never been worse,” she said, as the waiting list for a family doctor approaches one million.

His remarks were mainly addressed to the Coalition Avenir Québec (CAQ) of François Legault, at the top of the polls.

“The CAQ likes to shovel clouds, sow division, invent crises, polarize minds, govern alone and above all not be accountable,” she said.

The Liberal leader affirmed that her government “will defend the rights and freedoms of all Quebecers” and that “diversity is a strength, not a weakness”, referring to the Legault government’s bills 21 on secularism and 96 on the French language.

She also promoted Project Eco, which aims to steer the province’s economy in a green direction.

For now, the Qc125 poll analyzer predicts that the CAQ will win about 96 seats if the trend continues, a more than comfortable majority. The PLQ is in second place with 18% of the voting intentions, but remains far behind the 43% of the CAQ.

In addition to its resolutions regarding Bill 96 and Dawson College, the youth wing demanded that students be required to get involved in community organizations for a certain number of hours per year starting in 5th grade. year.

They also voted in favor of a resolution asking Quebec universities to give more weight to CVs, cover letters, interviews and references when admitting students.

The wing also wants its party to pledge to ban ads for SUVs and then all 100% gas-powered cars in the next few years.


This report from The Canadian Press was first published in French on August 13, 2022.