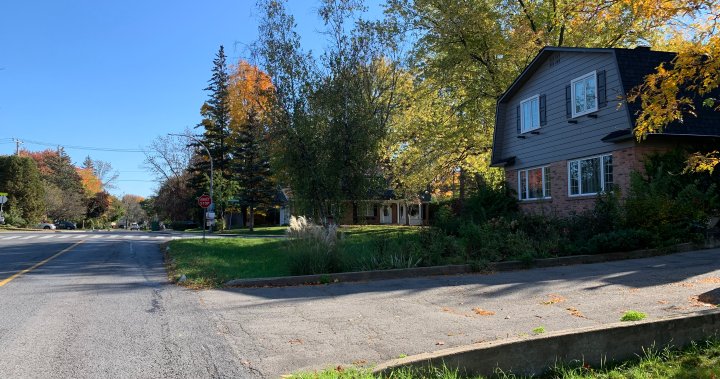 Beaconsfield steps up lawsuit against Montreal and the Quebec government – Montreal

The mayor of Beaconsfield, Georges Bourelle, raises the bar against the City of Montreal and the government of Quebec.

The West Island municipality increases its lawsuit by $ 2 million, bringing it to $ 6 million.

The mayor maintains that this is the amount that Montreal overcharged Beaconsfield for shared public services, such as public transit, police and firefighting.

The 15 merged municipalities of the island have been trying for years to renegotiate an agreement with Montreal on how to pay for shared common services.

Each city and town is billed annually for its part, but the amount paid to Montreal is based on the value of the properties. Mayors of demerged towns argue that this is unfair, wanting the formula based on the amount of public services rendered to each municipality.

A recent ministerial decree from the government of Quebec almost prevents a change from happening.

Bourelle maintains that an owner of one of the demerged municipalities pays 62 percent more for the same services as an owner residing in Montreal.

The mayor says the time for talks is over, saying going to court is the best option for reimbursement.

“Our legal action will be the most meaningful way to resolve this situation,” he said.

But a municipal affairs analyst argues that Beaconsfield’s chances of winning are slim.

â€œThe intention was always for Montreal to control the island, either directly or indirectly. In this case, it will indirectly lead to the same result, â€Karim Boulos told Global News.

And the mayor of Sainte-Anne-de-Bellevue maintains that the cause of Beaconsfield will be difficult to win.

â€œI understand the frustration but I don’t think it will lead to the result that we are looking for,â€ Paola Hawa told Global News.

Hawa insists that increasing the pressure on the Quebec government is the most effective way to change the funding formula and redistribute the money to the suburbs.

Quebec’s historic Anglophones are those who are eligible for English schooling, according to Legault

Kuujjuaq locked out, case in Kangiqsujuaq, airport restrictions in place throughout Nunavik, Quebec – Eye on the Arctic