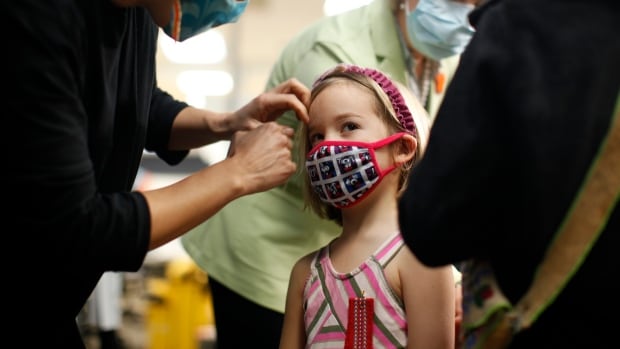 In British Columbia, the COVID vaccination rate among children ages 5 to 11 is 47% – the second lowest in the country, according to Health Canada data as of January 15.

This figure is lower than the national average of 51%.

Dr. Manish Sadarangani, director of the Vaccine Evaluation Center at BC Children’s Hospital, said while parental questions about vaccine safety have diminished over time as more children are vaccinated , there is still the perception that children are at less risk of serious illness from COVID -19.

“We have now had this vaccine administered to millions of children in North America and have seen over the past two months that there have been no significant safety issues,” Sadarangani said.

He added: “There is still a perception that it is a mild disease in children.”

On Tuesday, the National Advisory Committee on Immunization (NACI) revised its November 2021 recommendation, which stated that the Pfizer BioNTech vaccine “may” be offered to children. This has been replaced with “should”.

NACI says it strengthened its recommendation after evaluating safety data from real-world use and evidence from older age groups.

“Due to the large number of children infected with the Omicron variant as it continues to spread in Canada, hospitalizations are increasing among children,” said NACI President Dr. Shelley Deeks.

Sadarangani says that although children are generally less seriously ill from COVID-19 than adults, how people are affected can be unpredictable.

Variations in immunization rates across the province

Immunization rates for children ages 5 to 11 in the province vary, ranging from about 20% in some communities to over 70% in others.

Sadarangani says there are many reasons for the differences, and convenience could be a factor.

“Participation in Coastal Vancouver is much higher than in Northern Health. The problems are different and the solutions won’t necessarily be the same.”

Sadarangani also says the likelihood of children aged 5 to 11 experiencing side effects after receiving the vaccine is lower than any other age group, and that the benefits of getting children vaccinated far outweigh the risks. .

“For children right now, we don’t have any real treatments that we know work, so preventing the disease in the first place will be the best bet.”