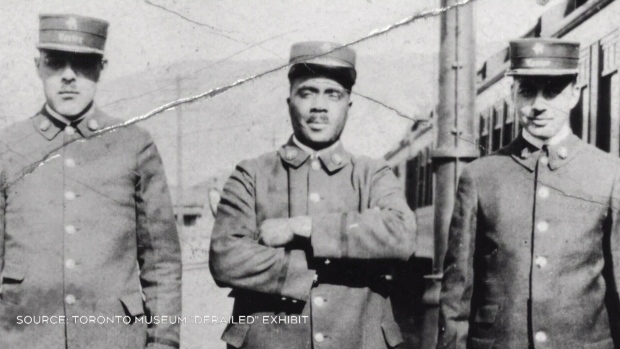 Marlene Jennings was the first black Quebecer elected to Parliament. She remembers growing up needing to tiptoe around the house during the day when her father was home because he needed to sleep.

“When I was little, he raced from Montreal to Vancouver and back,” she said.

“And so he would be gone for about 14 days in a row. And that meant in those 14 days he would be lucky if he slept for an hour, two hours.”

Preston Jennings came to Montreal from Alabama in the 1940s, one of many black men from the United States to find work in Montreal as a Pullman wagon porter.

It was valuable work, but it had its share of difficulties. For one thing, many porters did their jobs by being simply called “George” or one of “George’s boys” by passengers – even though their actual names were engraved on plaques in the cars designed by George Pullman. .

“And that’s because for white people who were the majority of customers, all black men looked the same,” Jennings said. “So they called them all George.”

Cecil Foster is a professor at the University at Buffalo and author of a book called “They Call Me George: The Untold Story of Black Train Porters and the Birth of Modern Canada.”

“They were still up,” he told CTV News.

Much of the porters’ work involved menial work done for tips such as shoe shine, which they often did while passengers slept.

The introduction of Pullman cars to Canada meant that passengers could travel virtually the entire country without staying in a hotel. But it also meant reinforcing social norms that were more associated with the American South than with Canada.

“What the black man provided, which was essentially a servant, was the opportunity to have someone to serve you, to be your valet, to be your servant,” the historian said. Montrealer Dorothy Williams.

“And some people would say it goes back to the days of the slaves.”

Even though it was Canada, racism was still directed against the train porters on a regular basis.

“Just because it was in Montreal doesn’t mean it was different,” Williams said.

“What was different was the social conditions around it. One thing that black people had here that they couldn’t get in the United States was their security.”

While persevering at work, Black porters in Canada also fought and won much bigger changes that left a lasting mark on the country.

They endured a segregated union structure on the railroad, being barred from joining the conventional railroad union. Instead, they formed another type of organization which they called trade unions, although they were not recognized as such.

These organizations have come to be extremely influential in shaping Canada’s working conditions and immigration policies.

“These are black associations that over time negotiated their way to a seat at the table,” Williams said.

For example, a group of railroad porters met with Prime Minister Louis St-Laurent in 1954 to lobby for an end to an immigration policy that encouraged white migration to Canada to the exclusion of visible minorities.

“In many ways, these porters were at the forefront of Canada being the multicultural country it is today,” Foster said.

They were also extremely influential in shaping the cultural life of Montreal. Rufus Rockhead, the impresario who founded the Rockhead Paradise jazz club, worked as a porter, as did the father of jazz great Oscar Peterson.

They also founded several black cultural institutions and organizations that clustered around the neighborhood now known as Little Burgundy.

“Little Burgundy and areas like that were railroad towns,” Foster said. “And the great struggle really took place from the 1930s, 1940s and beyond. Montreal was really the center of it.”