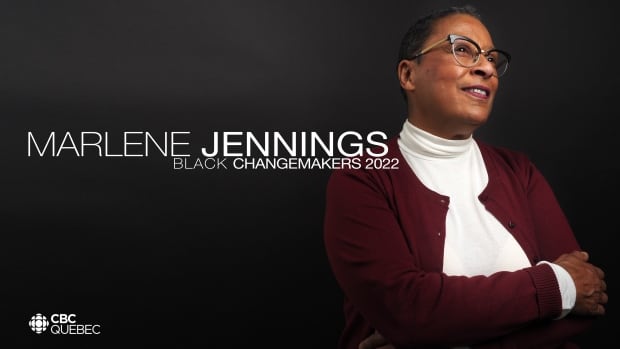 After decades in public service, she won’t be slowing down anytime soon

CBC Quebec shines a light on people in Black communities across the province who are giving back, inspiring others and helping shape our future. These are the Black Changemakers.

Marlene Jennings is known as someone who isn’t afraid to talk about the elephant in the room.

And at 70, now president of the English-speaking rights organization the Quebec Community Groups Network, a former federal politician and a self-taught expert in governance and organizational change, Jennings has no intention of relaxing. .

Born and raised in what is now part of the city of Longueuil on the South Shore of Montreal, Jennings credits the home she grew up in with her drive to continue serving the public.

“I grew up where it was normal, in addition to raising your family and supporting your family’s needs, also being actively engaged in your community,” Jennings said.

His father, Preston Jennings, worked as a sleeping car porter for the Canadian Pacific Railway. He was also involved in his union and the Union United Church of Little Burgundy, and he ran his own car and carpet cleaning business.

“I watched my dad be actively involved in raising eight children, working for a living and building businesses on the side and being very active in the community as well,” Jennings said.

His mother, Gilberte Garand, did all the cooking and cleaning without the aid of modern appliances. She was also active in her church, working as a seamstress, designing outfits for her clients, and helping coordinate meals for children who arrived at school hungry.

Early in her career, Marlene Jennings worked as a supervisor at Canada Post. She knew she wanted to be a lawyer, so she quickly took a job as a mail clerk because their collective agreement allowed members to take unpaid leave while pursuing their studies.

After earning her law degree, she worked in a small law firm for a year before being asked to join the Quebec police commission. She helped transform the commission into a police ethics committee, where she served as deputy commissioner.

After turning down an offer to run provincially, in the mid-1990s, she was approached by the Liberal Party of Canada.

“I’ve always volunteered in organizations that helped the most vulnerable and defended minority rights. But I never considered myself elected official,” she said. It was her family who convinced her that she had something to offer to the House of Commons.

Rather than being acclaimed as a Liberal candidate in a riding on the South Shore, she chose to contest the nomination in Notre-Dame-de-Grâce—Lachine, where she says she feels closer to the citizens.

After Quebec passed reforms consolidating the health care system in 2015, Jennings helped run the regional health authority responsible for south-central Montreal, overseeing tens of thousands of employees. She still sits on the agency’s board of directors.

In 2019, the provincial government appointed her administrator of the English Montreal School Board, as the EMSB faced internal disputes. This experience taught him a lot about how to bring about change in large institutions, Jennings said.

“The first step is to do your homework: to actually learn how the institution or organization works,” she said.

That means listening to the people who work in the organization and who know it best, she said.

“As a result, you get real buy-in for the change. People get excited and energized because they see they can be part of something big and can have a real positive impact.”

She said that while some changes take more than a lifetime to happen, that can’t stop people from taking action now.

“I tell people, ‘Don’t get discouraged,'” she said. “Work and advocate for something that you know can actually be changed in the short term. But keep your big picture view of the big picture change you want.”

“Every little change brings you that much closer to big change.”

As she enters her eighth decade of life, Jennings says she wouldn’t trade all of her experience to be young again.

“I love my life. I loved every step of my life, even when it was really difficult and heartbreaking. These were all experiences that made me who I am.”

The Black Changemakers is a special series recognizing people who, regardless of their background or industry, are committed to creating a positive impact in their community. From solving problems to doing small everyday acts of kindness, these changemakers make a difference and inspire others. Meet all the change makers here.

For more stories about the experiences of Black Canadians — from anti-Black racism to stories of success within the Black community — check out Being Black in Canadaa CBC project that black Canadians can be proud of. You can read more stories here.

Koho gets $210 million for an alternative to payday loans

COVID-19 in Quebec: what you need to know on Tuesday