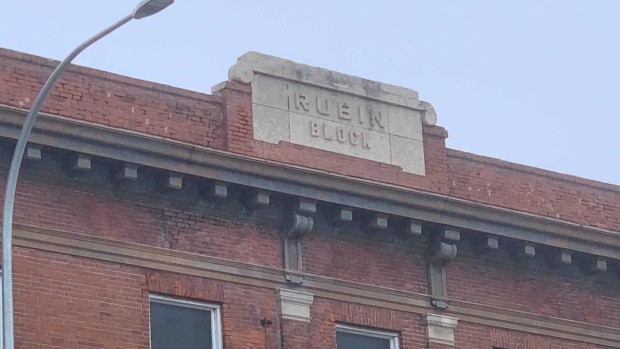 A South Osborne advocacy group is concerned about a vacant building in the neighborhood after a spate of fires at other historic Winnipeg properties.

“[There are] other businesses and then a building the other way, so at the very least they would face the consequences and could catch fire,” said Rubin Block Advocates member Jean Altemeyer.

The Rubin Block, located at the corner of Morley Avenue and Osborne Street, was built in 1914.

Over the years, a group called the Rubin Block Advocates has called on the city to establish stricter rules that could help save the building.

“Find out what other municipalities are doing about long-vacant buildings. We know Quebec has quite a different approach and a much stronger approach,” Altemeyer said.

The City of Winnipeg made changes to the vacant building bylaw that increased fees for owners of empty buildings, but Rubin Block Advocates said it didn’t work.

“For this building, their owners are paying, we think, an extra $4,000,” Altemeyer noted. “Obviously it didn’t make a difference,” he added.

In a statement to CTV News, the City of Winnipeg said, among other things:

“Landlords are responsible for their properties and for maintaining minimum property standards whether they are vacant or not. In the case of vacant buildings, landlords are subject to both the Neighborhood Habitability By-law and the Vacant Building Regulations, and it is all the more important that landlords exercise due diligence to ensure that properties remain secure and that the standards of the regulations are met.”

The statement went on to say that the Winnipeg Fire Paramedic Service and By-Law Enforcement are working together to keep vacant buildings safe.

“We’re concerned given how long it’s been empty, and because it’s not a heritage building, they don’t have to heat the basement, so this place has been empty and cold since 2015,” said said Altemeyer.

While the group does not want to see it demolished, it demands that the building be renovated or immediately changed.

“The real hope is that the owner sells to someone who will move in to rehabilitate the building quickly,” Altemeyer added.

CTV News has contacted the company that owns the Rubin Block, but has not yet received a response.