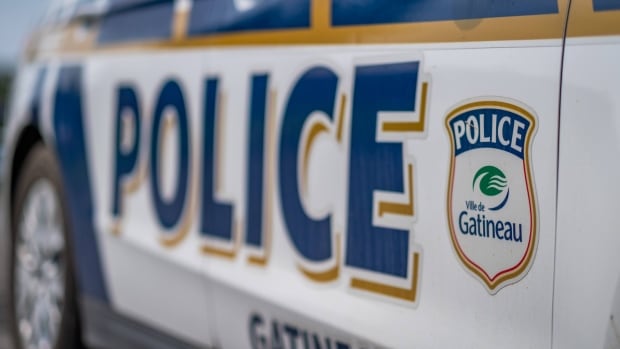 The Gatineau Police Service in Quebec, meanwhile, says its members overpowered and arrested a person who was violent towards officers.

The Senegalese Embassy posted a press release in French from its Ministry of Foreign Affairs and Senegalese Abroad regarding Tuesday’s incident on the embassy’s Facebook page on Friday afternoon. The statement did not name the police department involved.

“During this operation, the Canadian police exercised humiliating physical and moral violence on the diplomat in front of witnesses and in the presence of her minor children,” the statement said.

“Despite being reminded of the victim’s diplomatic status and the inviolability of her home, Canadian police officers handcuffed her and savagely beat her to the point that she had difficulty breathing, resulting in… . evacuation by ambulance to the hospital. .”

The ministry statement did not name the diplomat or specify the location of the house, but a French statement released Saturday by Quebec’s Ministry of Public Security said the embassy’s “first counselor” was making the statement. object of a police intervention.

CBC has contacted the Senegalese embassy and its ministry for comment.

According to the police, the person was aggressive

Quebec Deputy Premier and Minister of Public Security Geneviève Guilbeault announced that she had asked the provincial police watchdog, the Office of Independent Investigationsinvestigate.

In its own French press release issued late Friday evening, the Gatineau Police Service said its members were assisting a bailiff with an order and arrived at the scene around 1:30 p.m. ET on Tuesday.

A police spokesperson later confirmed that it happened in Gatineau, Quebec.

“Police have verified that … the lawyer who authorized the court order was informed that the person had diplomatic status,” the statement said. “Faced with an aggressive person who refused to cooperate, the police intervened to explain the process and to ensure that everything was going well.”

The police department did not say whether the person was an embassy diplomat.

According to the police statement, a female officer was punched in the face during the intervention, prompting police to arrest the person “for the safety of those present”.

“The person resisted arrest and bit a second officer. The person was then taken to the ground to be subdued [and] was held in the back of the patrol vehicle, under the supervision of a policewoman, until the bailiff carried out his order and the situation returned to calm,” the statement continued.

“At no time did the person mention being injured or having pain when questioned.”

The police statement added that later in the day, shortly after 3 p.m., “paramedics called the [Gatineau Police Service] for help when they were working with this person and about 10 people were there.”

In its press release, the Senegalese government indicated that it had requested that an investigation be carried out without delay and that “prosecutions be initiated against the perpetrators of this unacceptable attack, which constitutes a serious attack on the physical integrity of the person and on the ‘humanity’. dignity.”

The government also called the incident a “flagrant” violation of the 1961 Vienna Convention on Diplomatic Relations.

“Faced with this situation, the Government of Senegal immediately summoned …. the Canadian Embassy in [Senegal’s capital] Dakar to vigorously denounce and strongly condemn this racist and barbaric act,” the government said in its statement.

In its own statement Saturday, Global Affairs Canada called the incident “unacceptable” and “regrettable.”

“Canada takes its obligations under the Vienna Convention on Diplomatic Relations very seriously. We are extremely concerned about the alleged treatment of a Senegalese diplomat by the [Gatineau police]. What happened is simply unacceptable,” the statement read.

Foreign Minister Mélanie Joly has been in contact with her Senegalese counterpart regarding the incident, the ministry said, and the Canadian government “will continue to cooperate fully with Senegal in addressing this regrettable situation.”

The Gatineau Police Service said that, in accordance with the province’s Police Act, the Director of Criminal and Penal Prosecutions of Quebec (DCPP) was asked Thursday to rule on whether a criminal investigation should be carried out on agent actions.

“The [Gatineau Police Service] management will cooperate with any subsequent process or investigation with full transparency,” the statement said.

The police department has also asked the DCPP to determine if charges of assaulting an officer and obstructing police are warranted against the person.

But on Saturday, the DCPP confirmed to Quebec’s Ministry of Public Security that due to diplomatic immunity, the investigation against the embassy staff member had been closed.