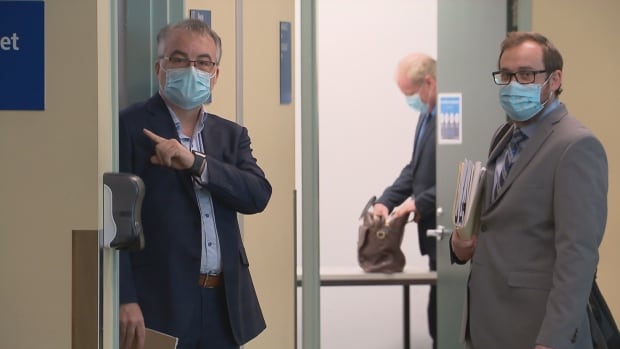 The defense attorney for the young man charged in the 2020 Halloween sword attacks in Quebec City today accused an expert Crown witness of choosing facts to support a theory that Carl Girouard is a hypervigilant narcissist.

In a sometimes heated cross-examination, lawyer Pierre Gagnon suggested that forensic psychiatrist Dr. Sylvain Faucher may have had confirmation bias – and sought evidence to support his diagnosis of Girouard, 26 years.

“I invite you to prove it to me,” replied Faucher.

Girouard does not deny killing two people with a sword and attacking five others on October 31, 2020, but maintains that he cannot be held criminally responsible for his actions because he was delusional and psychotic at the time, and he does not could not understand his actions. were wrong.

Faucher said the attacks were part of a larger pattern of attention-seeking behavior.

Early problem behaviors at school showed he needed attention, although his mother testified that she spent a lot of time caring for him.

“What was important to him was that he didn’t meet [his father’s] expectations,” the psychiatrist told the court.

In a meeting in March 2022, Girouard told Faucher he was upset by his father’s attitude towards him as a child, making him cut his hair or do other things to conform.

Faucher said Girouard was looking for people who would accept him for who he is, and that was one of the things that pushed him to action.

In leading the attack, Girouard believed he would find what he called “alter egos” – like-minded people who couldn’t criticize him, the expert said.

The defense evokes the illusion

Girouard’s lawyer wondered if anyone believed that killing people with swords could be anything other than delusional.

Faucher said that’s not necessarily the case: groups like ISIS might find the behavior acceptable and it wouldn’t mean their members were delusional.

Faucher also commented on Girouard’s belief that people who pay with credit cards are not as normal as they are strange, but not necessarily delusional. It’s a way of thinking that might be shared by some groups like Mormons, the psychiatrist said.